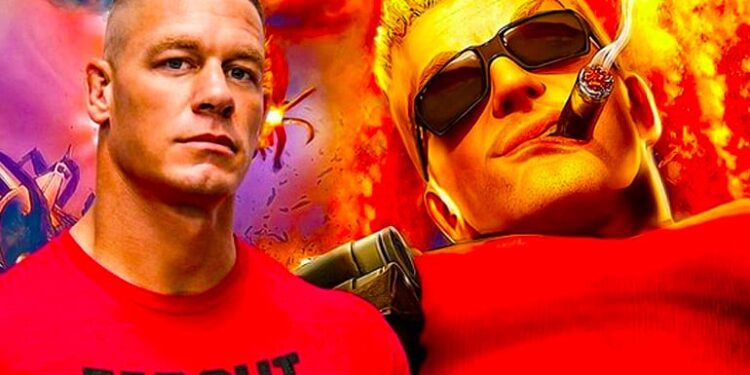 Back in 1991, when 3D Realms’ Duke Nukem was first released on PC, many gamers could imagine Arnold Schwarzenegger playing the role of tough guy Duke. Now, 26 years later, Arnie could probably pass as his father. It’s taken a long time to happen, but it looks like Duke Nukem is finally in early development with John Cena.

While he still may be best known as a WWE Superstar, John Cena has been working hard on improving his acting resume. He not only reprised his role in Daddy’s Home 2, but he will also be seen next in the Transformers‘ Bumblebee spin-off.

Just last year, Gearbox Studios’ CEO Randy Pitchford revealed that the team was “putting together a deal with a major motion picture studio” for a Duke Nukem film. It’s great to see that they are making progress.

Duke Nukem fans won’t have to wait so long to see the character on screen, however. He is due for a brief cameo in Steven Spielberg’s Ready Player One movie out in 2018.

“It’s time to kick ass and chew bubblegum, and I’m all outta gum!”