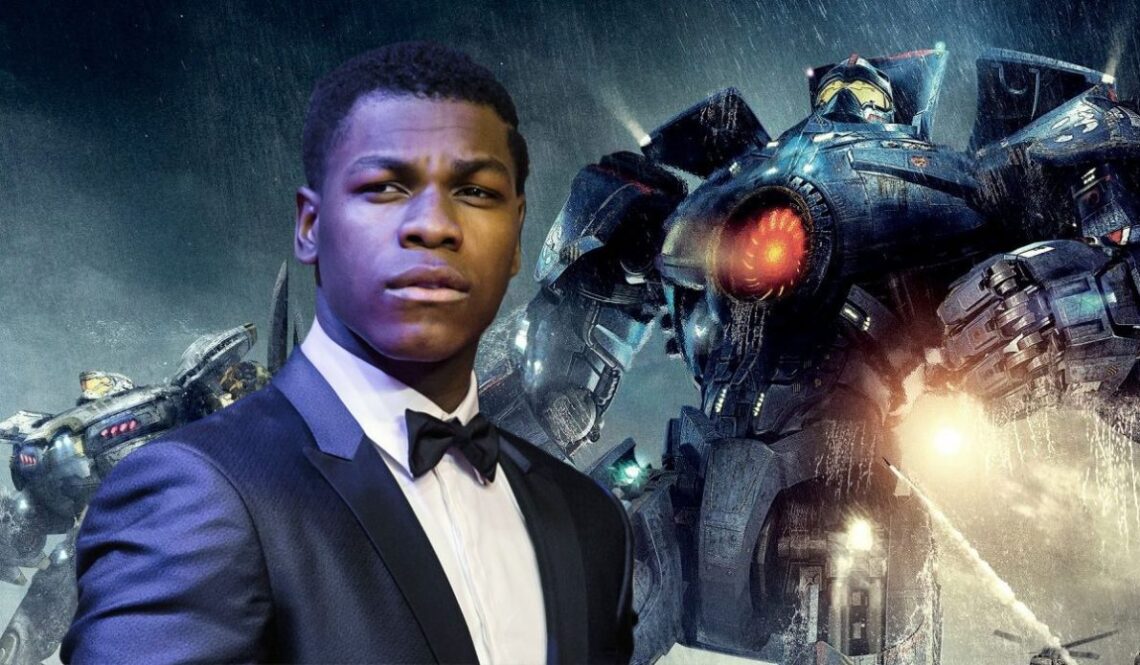 From fighting the force to fighting giant monsters. John Boyega has joined the cast of Pacific Rim 2 as the son of Idris Elba‘s Stacker Pentecost. Uncancel the apocalypse! Bring on Pacific Finn!

The 24-year-old actor, known for his role as Finn in the Star Wars: The Force Awakens film, has joined the upcoming Pacific Rim sequel and will be leading the charge on the Kaiju.

“I’ll be taking on the Pacific Rim franchise with Steven S.Deknight directing. Very excited!” Boyega said in his tweet.

Steven S. DeKnight is directing the film, which will begin production in the fourth quarter of this year, based on the world created by Guillermo del Toro and Travis Beacham.

“I am very proud and happy to welcome John into a fantastic sandbox,” Guillermo Del Toro said. “The Pacific Rim universe will be reinforced with him as a leading man as it continues to be a multicultural, multi-layered world. ‘The World saving the world’ was our goal and I couldn’t think of a better man for the job.”

“It is undeniable that with all his talent and natural charm, John stands out amongst today’s generation of young leading men,” said Mary Parent, Legendary’s Vice Chairman of Worldwide Production.

Pacific Rim 2 starts filming at the end of the year.

Long ago, legions of monstrous creatures called Kaiju arose from the sea, bringing with them all-consuming war. To fight the Kaiju, mankind developed giant robots called Jaegers, designed to be piloted by two humans locked together in a neural bridge. However, even the Jaegers are not enough to defeat the Kaiju, and humanity is on the verge of defeat. Mankind’s last hope now lies with a washed-up ex-pilot (Charlie Hunnam), an untested trainee (Rinko Kikuchi) and an old, obsolete Jaeger.