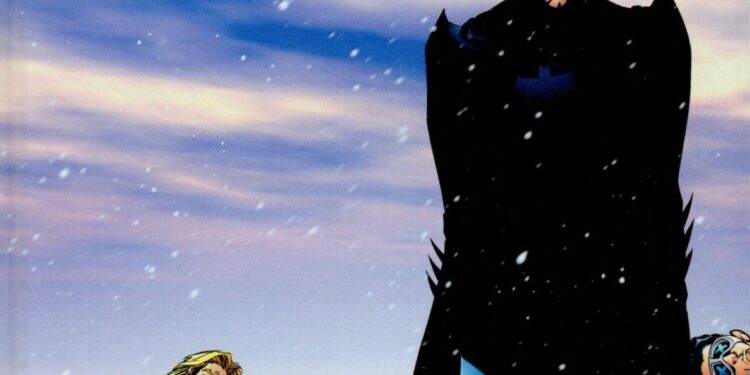 Collecting JLA #43-46, JLA Secret Files #3 and The Brave and the Bold #28, volume four of the DC Comics Graphic Novel Collection shines the spotlight on the Justice League. Since the Justice League has had more members than Guns N’ Roses over the years, the feature story, Tower of Babel, focuses on the team consisting of Batman, Superman, Wonder Woman, Flash (Wally West), Plastic Man, Martian Manhunter and Green Lantern (Kyle Rayner). [dropcap]W[/dropcap]hile Tower of Babel might be labelled a JL story, it’s more about Batman than anyone else in the fabled team. It’s a reminder of Batman’s greatest assets being his paranoia, cunningness and inability of leaving nothing to chance, and how these strengths could be used against him one day—and also cause him to lose his teammates’ trust.

In a tale of treachery and deception, Ra’s al Ghul turns into a gravedigger and steals the bodies of Thomas and Martha Wayne, distracting Batman long enough for him to execute his nefarious plan of taking out each member of the JL. The catch is, the nefarious plan is all Batman’s doing as he created a contingency plan in case members of the JLA ever needed to be taken down. Now not only does Batman need to save his teammates and regain their trust, but he also needs to save the world from al Ghul’s latest terrorist plot against humanity. Out of the four volumes released so far, Tower of Babel is the weakest release. While it isn’t a bad story by any means, “Darkseid War” or “Origin” might’ve been better options considering we’ll be receiving more Ra’s al Ghul stories in future volumes of the DC Comics Graphic Novel Collection. Also, something about the story isn’t plausible: we all know Batman’s psyche. He has a backup plan for a backup plan, so where was the failsafe to the contingency plan?