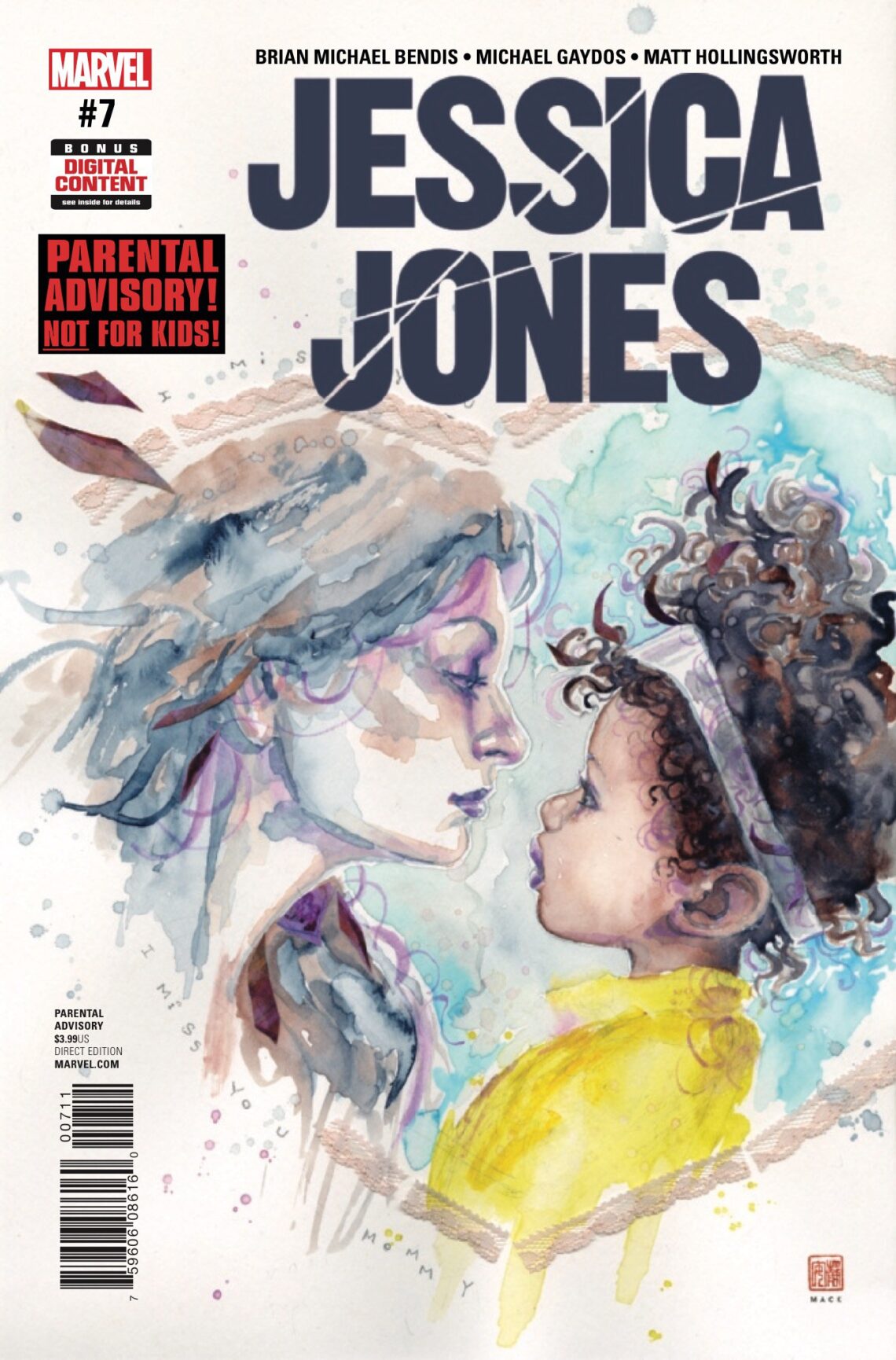 In Jessica Jones #7, Maria Hill is being hunted and has nowhere left to turn. Meanwhile, Jessica Jones struggles to rebuild her life and her reputation after being deep undercover for so long. Meeting with Danny Rand, she attempts to locate Luke Cage and their daughter. But while Danny seems to have forgiven her for her actions, Luke’s response is a different matter entirely… It’s time for another slow-burn issue of one of the best-written series in comic books today, and yes, once again it delivers. In fact, this one really tugs at the heartstrings with some astonishingly simple personal moments, a reminder once again that the real key to writing great characters is to make the readers emotionally invest in them.

Of course, there’s a downside to this too.

Because of the steady, almost plodding, nature of the series it’s bound to affect your perception of time. Or at least in how it pertains to getting your money’s worth out of every issue. Because this series (as with most Jessica Jones stories) tends to have so many quiet scenes where nothing much seems to happen, it all seems to go by so fast. By the end of Jessica Jones #7, I was astonished, wondering why it all seemed to be over so quickly, and wished that it had been double the length. You could probably read this in five minutes or less.

But that isn’t the point. You may be able to read it in five minutes or less, but there’s depth behind those few short scenes you’re reading. It may be over quickly, but it also packs more of an emotional impact than many other titles on the shelves today.

It’s also surprising. Up until now, the interactions between Jessica and Danny Rand have been brief and mostly frosty. Now, with a child’s care and Jessica’s apparent betrayal being the central issues, you think you know which way this story will go, but you don’t. The same thing occurs when she finally confronts Luke. So far in this series, we’ve seen him obsessed and unhinged at being denied his parental rights. Their confrontation here is unexpected, but also perfectly natural.

It’s pretentious to say that it’s like a fine wine which should be savoured. It’s also wrong. Instead, it’s like downing a shot of Jack Daniels: it goes down fast, but it kicks like a mule and the aftertaste lingers.