Jessica Jones #6 Review – The Pulse Of The Real Marvel U 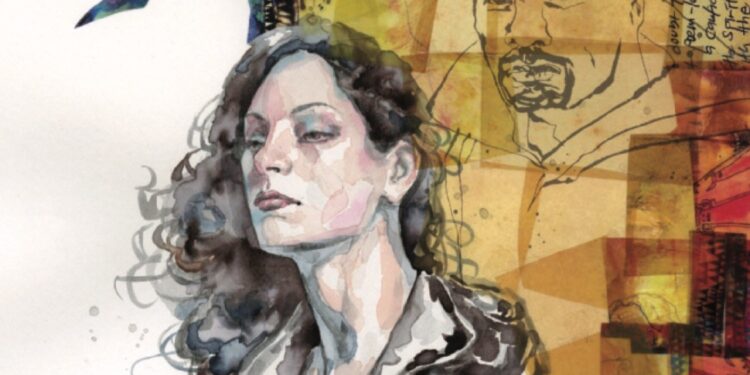 Jessica Jones goes on the offensive in this issue, as her part in the plan to bring about the downfall of Carol Danvers – Captain Marvel – hits the high gear. Ambushing Danvers at a SHIELD safe-house, Marvel has her powers neutralised and pays the price for falsely accusing Alison Green of being a Hydra agent during the second Civil War. With Jessica witness to Captain Marvel’s torture, bitter comments exchanged between them reveal how personal this has become. We review Jessica Jones #6. Meanwhile, Luke Cage continues his search for his daughter thanks to the advice of his partner, Iron Fist. With the clock ticking on Jessica’s future, the mystery of an alternate Earth brewing and Jessica’s personal life about to implode, the race is on and the truth needs to come out. But what exactly is the truth, and will Jessica live long enough to uncover it – or be able to live with the consequences of her actions?

It’s another winner for one of Marvel’s most intense, intelligent, slow-burn series. While fans will know that the outcome of the story shouldn’t really be in doubt, the bait-and-switch writing style of offering up a sizzling A-plot while the B-plot drama is the real steak works well, and always has. Ever since Alias, readers of this series have known that the real story isn’t what’s on the surface but is lurking underneath. By now this may all seem formulaic, and it is – yet it continues to work, and impressively so. Another joy to this series is how it continues to subvert the usual Marvel glossiness by presenting their heroes in a less-attractive light. Captain Marvel – never one to mince words at the best of times, but always seemingly perfect – utters words which are the verbal equivalent of hitting below the belt. Jessica herself gets to vent even more than usual, in language that would make a sailor blush. Luke Cage is less Power Man and more Powerless Man as he struggles to find the daughter he loves but who he’s been kept away from. It’s like Brian Michael Bendis gets some kind of twisted pleasure from putting his characters through the wringer… and it’s always a perverse pleasure to see him do it.

As usual, Jessica Jones #6 is not a comic book for kids. Hell, this is barely a comic book for adults, or at least not those adults who are looking for flashy action sequences and a brightly-coloured world where might makes right. While other series confuse grim brooding for gritty realism, this series effortlessly goes about making everything seem real. There are flaws – such as the obvious twist in Jessica Jones #6 which is practically signposted – but it’s the deeper moments which count for far more.

It’s impossible to recommend Jessica Jones #6 to everybody. It doesn’t work that way. But if you’re looking for the pulse of the real Marvel U, you’ll find it here.