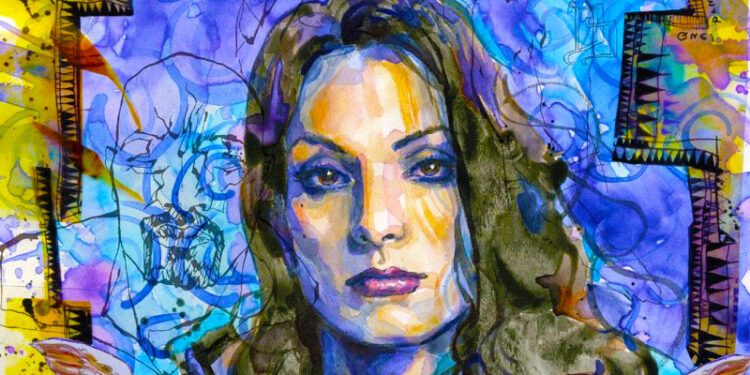 As regular readers will know, this Jessica Jones series is like the tide; sometimes you can have an issue of calm serenity, other times there will be a swell, and sometimes you’ll get a tidal wave of action. Sadly, Jessica Jones #11 falls into the middle category. While it fills in a few blanks, it’s one of the least satisfying issues of the series so far. It’s time for Maria Hill to find out what Jessica Jones has learned in her investigation. With Maria Hill targeted for assassination, Jessica has had to cross personal boundaries that are against Hill’s wishes. Having unearthed the truth, Jessica is willing to give her the facts… but can she even trust Hill? And what is it in Hill’s past that she’s tried so hard to forget?

While it’s amusing seeing several pages taken up with Jessica insist Hill publicly pee into a cup to prove she isn’t an LMD, Jessica seems to be mainly kept on the sidelines in this issue. The only other real highlight for her is that she has a scuffle with Hill’s dad which leads to a typical Jessica Jones interrogation scene. The rest of the issue is a flashback and is all about Maria Hill, which is good in terms of learning more about Hill’s past, but weak because it takes some much-needed focus off the main character.

It doesn’t help that the flashback is told in the style of an old classic SHIELD comic. In terms of concept, it works because it allows for something different to happen which may please nostalgic readers who remember the good old days. In practice, however, it lacks the creativity and visual storytelling brilliance of Kirby, Buscema and Steranko, while the writing lacks the punch needed to truly make it feel like a classic story we never knew. Since it’s this flashback that’s meant to be the most important part of this issue, that just makes it worse. There are still reasons to recommend this issue, the primary one being because as a series, on the whole, it’s a very good one. It’s fair to make comparisons to Twin Peaks, in terms of how it may not be for everybody and tells a story at its own speed. However, this issue doesn’t do the rest of the series any favours and is a definite weak link.

In short, Jessica Jones #11 is a disappointment. It isn’t bad, it’s just nowhere near as good as it could – and should – have been.