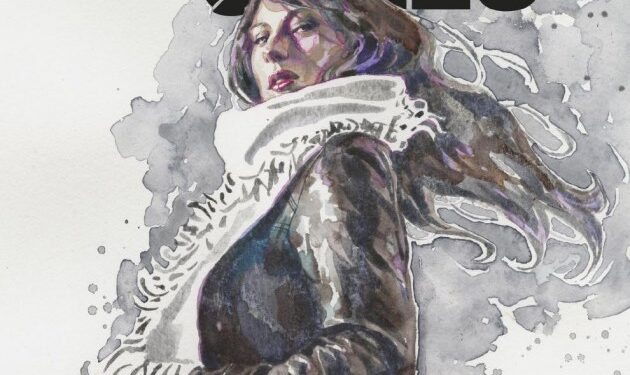 Her popularity amongst fans may be increasing and her name may be a bit more recognisable these days, but for Jessica Jones life is still kicking seven colours of crap out of her. Sure, the former short-term superhero-turned-private investigator has just been released from custody upon The Raft, but from the minute she misses the boat back to the mainland it seems like her luck is true to form. Making her own way back – with predictably bad consequences – she returns to her offices of Alias Investigations… and straight into more trouble. Misty Knight pays her a visit, trying to gain information on the current whereabouts of Jessica and Luke Cage’s child. Jessica, in her usual manner, shows Misty the door and reminds us of why the flavour of the month will never beat good old-fashioned Rocky Road.

Now she’s back, Jessica Jones‘ first case is to solve the mystery of a non-missing person. A woman claims that her husband believes himself to be from a parallel existence – something which may sound crazy but is possibly true, given all the changes in the Marvel U of late. After all, if a team as popular as the Fantastic Four can be so easily forgotten, who knows what else is happening? When Jessica’s old frenemy Jessica Drew shows up, her day gets worse and things go downhill from there… It’s a return to greatness for one of the best Marvel series in recent years. As good as The Pulse was, fans of Alias have been clamouring for Jessica Jones to kick ass and take names once more. It’s a voyeuristic pleasure seeing her get beaten down by life and yet still win through – or at least claim a hard-fought draw – and it’s wonderful to see the original team of Brian Michael Bendis and Michael Gaydos bring life to her once again.

It’s exactly the sort of story which the fans have been demanding too, showing Jessica’s personal life in turmoil whilst handling an intriguing and sly mystery. Given all the confusion and mayhem within the Marvel Universe lately, it’s wonderful to see it not only acknowledged but to point at it and say “WTF is even going on anymore?” Appearances by other famous Marvel characters, so often used gratuitously in other series, are once more treated with an absolute lack of celebration and unceremoniously given the finger. And in this series, that’s the very best way to show them.

There’s always been a subversive level of gleeful malevolence to Alias and it’s here in Jessica Jones too. While this may not be a series for everyone, especially those who want their heroes to be mostly flawless, in its own way it’s perfect.