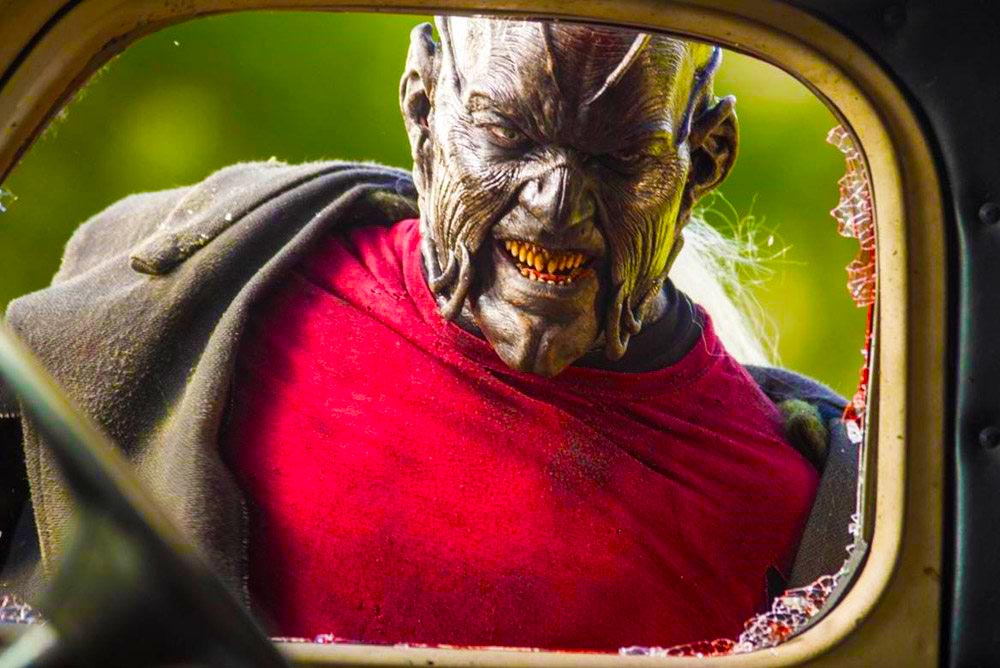 While tons of horror fans are boycotting convicted sex offender Victor Saliva’s Jeepers Creepers 3, those who aren’t might not want to see it either. If the new trailer and clips are anything to go by, the franchise hasn’t aged well and the upcoming horror film looks downright awful.

Jeepers Creepers 3 has been in the works for many years now and not without its share of hurdles, bumps and extreme controversy. Just last month, the film’s premiere was cancelled after protests outside the theatre. However, bad publicity seems to be the least of Jeepers Creepers 3‘s problems. The film itself looks like a cheesy B-movie, with a cast of unknowns, made in the ’90s. Those who have been patiently waiting for the sequel might be bitterly disappointed by the final result. It looks unbelievably cheap and, worst of all, the trailer doesn’t feature a single scare.

Salva has been convicted of some pretty awful things in the past and served 18 months of a 3-year sentence following his conviction. Many believe these crimes should disqualify him from participating in creating more films, however, after some struggle, a lot of boycotts and turbulent production, he has managed to get a Jeepers Creepers follow-up off the ground.

Taking place right after the end of the first film, Sgt. Tubbs teams with a group of hunters from Wheaton Valley to find and stop the creeper before the end of its 23-day feeding frenzy. The Creeper fights back in gory glory