If you told me a week ago that 2016 was the comeback year for Jean-Claude Van Damme I would have probably laughed in your face… but that was before I had seen Jean-Claude Van Johnson, one of the oddest and funniest action satire flicks. The show is one of three new comedy pilots Amazon released last Friday. However, I can almost guarantee that it will be picked up for a full series. It’s just that good!

Van Damme plays a retired mess in the pilot for Jean-Claude Van Johnson. He’s not “Nicolas Cage retired,” he tells a waiter on the show. He is retired retired. On the show, he plays a retired black-ops agent who has been posing as a Hollywood action star all along. Using his public persona as a movie star, he has battled real life forces of evil under the identity of Jean-Claude Van Johnson. Now after many years of boredom and depression, Van Damme wants to return to his black-ops work, and of course, that means returning to his Hollywood work as well.

In one hilarious sequence, we get to see The Muscles From Brussels play Huckleberry Finn with hilarious 90s charm. It’s the kind of thing dreams are made of. Written by Dave Callaham (The Expendables) and directed by Peter Atencio (Key & Peele), the pilot is downright hilarious. The team manages to balance action and comedy quite well, giving Van Damme more to do on screen than he’s ever done before. It’s great that he is in on the joke, and his deadpan ways just fit the character perfectly.

Fans of Van Damme will love it. It’s nostalgia overload. Welcome back JCVD! 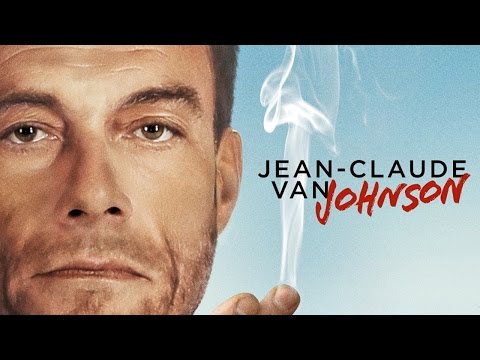