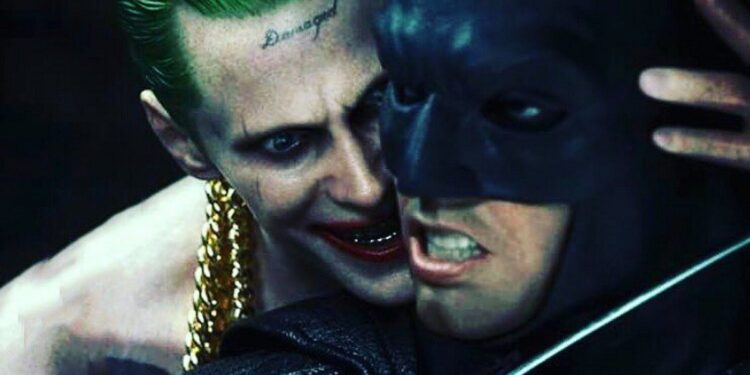 These days all it takes is a simple Instagram pic to send fans into a frenzy. Jared Leto has again taken to social media to tease the possibility of a Joker versus Batman battle.

While Leto’s Joker might have debuted in DC’s Suicide Squad movie, the actor might be looking at reprising his role as The Clown Prince of Crime in the upcoming Batman solo film directed by Matt Reeves. At least that’s what the image below might allude to.

Although Batman (Ben Affleck) and Joker (Jared Leto) have shared the screen in the current DCEU (in that car chase from Suicide Squad), the duo has yet to square off or interact in the current DCEU. While the above photo is actually just a piece of fanart, it would be great to see this finally happen onscreen.