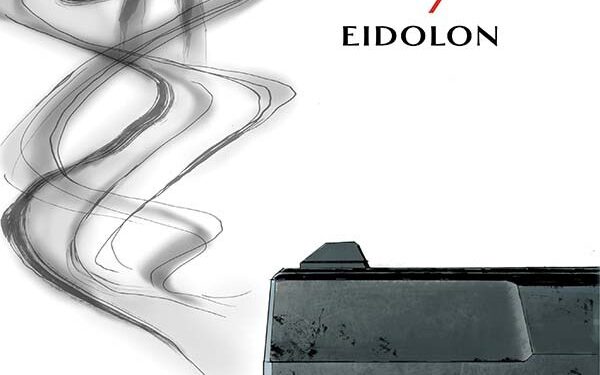 Continuing from last issue, James Bond continues his unauthorised investigation into SPECTRE’s Eidolon cell safehouse of Box Tunnel. It’s a game of cat-and-mouse in the dark, with Bond using his wits and training to survive in a shoot first, ask questions later scenario. And he does ask questions later. Taking one of their men captive, Bond and Bill Tanner perform a brutal interrogation at MI6 to get more information on who the double-agents are within MI5. [dropcap]W[/dropcap]hile Bond has a private meeting with an MI5 operative, M, Miss Moneypenny and forensic accountant Cadence Birdwhistle travel to a safehouse. There they meet with Sir Stephen Mackmain of MI5 and the Intelligence Services Commissioner. Despite MI5’s arguments to the contrary, the MI6 team announce that SPECTRE has a foothold within the highest levels of British Intelligence, and explain that their hands are tied by internal politics. Little do they know that red tape regarding the carrying of firearms on British soil is the least of their problems…

Like Bond and SPECTRE themselves, this issue manages to conceal its true nature. Starting with a tense gun battle, it seems that the action is soon over and that from there on it’s going to be all about plot regarding MI6 being forced into a defensive position in their own country, while MI5 continues to take over. Without giving too much away, the Commissioner’s response to M’s report is genuinely surprising and leads to one of fastest increases of pacing in the story that you’ll find anywhere. Bond himself, after the first few scenes, is entirely absent from the second half of the story – a bold move, and both a necessary and understandable one. It allows other characters to shine, and gives the plot room to unfold well, all adding up to another good issue. Except for one thing:

While it’s pure old-school Bond, as he and Bill Tanner extract information in a Clean Room from an Eidolon agent using carpet knives, it’s one of those moments which seems almost clumsy and off-putting to say the least. The original Bond was more of an anti-hero, and this series isn’t trying to portray him as anything but that, yet despite time being of the essence in terms of gaining information and Bond having done far worse in the books, here it seems strangely beneath him.

That being said, the writing and dialogue is once again on form and the art continues to impress, especially during the action sequences, with movements that seem to flow naturally.