Jagveld Review – Every Man For Herself

by  Zach Groenewald
in Movies An innocent school teacher takes a lonely road trip to visit her father on his farm. On her way there she has car troubles (also boyfriend troubles) and lands herself in a rather dire situation. We review Jagveld.

There’s a big problem with our perception of “Afrikaans movies”, same as “Afrikaans music”. I used to think Afrikaans music was only Juanita Du Plessis and Randall Wicomb, until in high school I discovered the thriving Afrikaans Punk movement, which then turned into an industry all its own with headliners like Karen Zoid, Heuwels Fantasties and K.O.B.U.S. Why do we do this? When someone mentions that a movie is Afrikaans, why do people say “Ag no, man. I don’t watch those flieks.” Our perception needs to change. I’ll openly admit that I wasn’t interested in watching Jagveld, and I’m Afrikaans, until I saw the trailer. That right there is a kick in the whatnots.

The film starts a little slow, giving context to our main character Emma (Leandie du Randt). Lines feel unnatural and stiff. It sometimes feels like someone is waiting to be told they may speak. Then there’s a sequence of scenes that pulls you into the story while subtly poking at some of our Afrikaans mannerisms. This is also where we meet the bad guy Bosman (Neels van Jaarsveld) and his group of friends, all with nicknames straight out of Die Uile. They’re a relatable group, the classic combination of stereotypes but with a South African originality. After this, I was committed. Yes, those first scenes were forced, but this film isn’t an indoorsy drama, it’s an outdoors adventure!

A lot of the dialogue didn’t feel like it was written by an Afrikaans person. I don’t know many people that speak the language with this little slang. Maybe it’s just my neighbourhood. For most of the film Bosman is the only person that swears, maybe to appear more “edgy”. It’s still far better than the pretend-Afrikaner you’ll see in Hollywood films (sorry Neill Blomkamp). The English subtitles are amazing, conveying the intent of the conversation rather than translating word-for-word. If you don’t understand Afrikaans and is watching Jagveld with the mindset of watching a foreign film, you’re not missing anything.

Jagveld is living a double life. It’s trying to be a serious action movie in an industry that mostly caters for 7de Laan watchers, giving us that authentic Afrikaans twist on a classic concept, but it often tries to be a Hollywood film when it should be proud of its heritage. For some reason, the South African phone provides the classic Hollywood “Call cannot be completed as dialled” instead of our characteristic long beeps that I remember from childhood. The police car doesn’t look anything like our police cars, though this might be for legal reasons.

The entire film is very well shot, though a few editing choices had me scratching my head. Sound and music is used very well, often using atmospheric effects like the actual sound of the wind over a microphone, rather than dubbing in a sound effect. Whether this was intentional doesn’t matter. Only one continuity error caught my attention, the weather changing from clear hot desert to brooding thunder and back to clear within minutes. This is the unfortunate side effect of shooting on location and many Hollywood films have done a worse job of it.

Jagveld has some good things going for it, some bad. It wants to be Proudly South African, but it also wants to be a Hollywood film. Good cinematography with some questionable editing decisions. Some good acting rescuing a bad scene (Tertius Meintjies I’m looking at you) and some well-written scenes performed like a line from a student film. Either way, it’s a good watch and a push in the right direction for a pseudo-genre that needs the exposure. 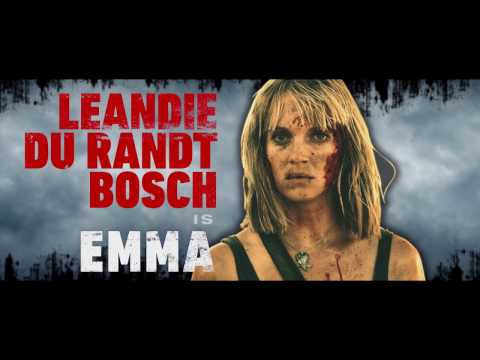