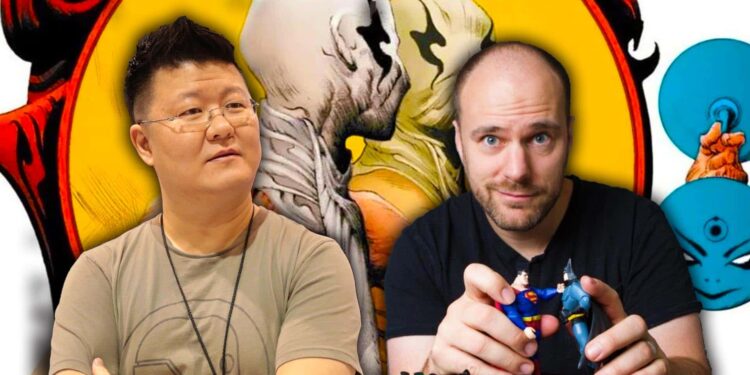 After publicly expressing his disapproval with DC for hiring artist Jae Lee to draw a variant for the upcoming Rorschach series, writer Tom King says it was nothing more than a misunderstanding.

“I spoke with Jae. He’ not on Twitter, didn’t know Comicsgate existed and doesn’t support hate of any kind,” King tweets. We’re all good. Best possible outcome.”

I spoke with Jae. He’s not on Twitter, didn’t know comicsgate existed, and doesn’t support hate of any kind. We’re all good. Best possible outcome.

On Friday, Tom King expressed his unhappiness due to Jae Lee’s suspected involvement with a Comicsgate associated project. And he let the entire world know just how he felt via his Twitter page.

“Today DC put out an alternate cover to Rorschach by Jae Lee, who has also done covers for Comicsgate, a hate group. DC does not consult creators on alternate covers. I reached out to them to express my deep disappointment.”

For anyone who doesn’t know, Comicsgate refers to a movement involving several comic creators and fans who are unhappy with what they feel, is forced diversity and social reform in the modern comic book industry. The movement has developed its own community, informally led by former DC-exclusive creator Ethan Van Sciver.

But despite the apology, Jae Lee says he’s not “all good” with Tom King’s remarks. The artist took to Instagram to share his thoughts on the matter…

“I’m writing this because I’m angry. These irresponsible tweets are not harmless. They do not just go away. They have real-world consequences. They can take away your job. Your life. Your memories. So, no, we’re not ‘all good’.”

The special day Lee refers to was the couple’s intention to spend Friday, mourning the death of their dog, Loki.

Lee went on to explain how misinformation and public shaming have real-life consequences. He described how his day took an ugly turn not long after King’s accusations.

“A part of the internet I avoid like the plague came barging in. I had companies I’m working for calling me, friends reaching out to me. I’m seeing hate pouring out of strangers’ mouths, accusing me of things I have no knowledge of.”

Jae Lee also took the opportunity to clear his name, stating that he wants no part of any shady comic book underworld.

“I’m seeing first-hand how fast lies are spreading. Let me be clear, I’m not part of any group. This isn’t the start of a conversation. This is the end. So please, don’t drag me into a world I never wanted to be a part of, nor will I ever want to be a part of.”

A post shared by Jae Lee and June Chung (@jaeleeart)

The first book in the Rorschach series, with both the Fornés cover and the Jae Lee variant, will be available on October 13, 2020.