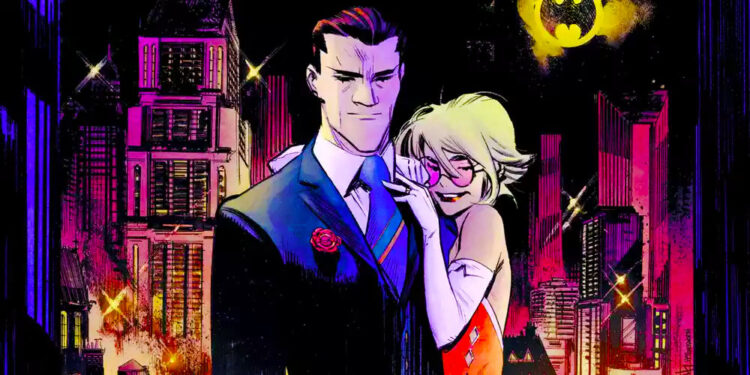 Batman: White Knight, an upcoming comic book, will take Joker in a new direction. In the new series, the Clown Prince of Crime has been cured of insanity and has taken up the name Jack Napier again. Fans of 1989 Tim Burton Batman will remember the name was originally used by Jack Nicholson’s Joker. Writer and artist Sean Gordon Murphy confirmed that Warner approved.

“Big news: Jack Napier will be the name of my Joker. Warner just approved. 1st time Napier has been in a comic (minus Burton adaptations),” Sean Gordon Murphy announced on Twitter, along with new artwork, a release date of October 4 and the book’s plot:

“Batman: White Knight is told on an epic scale, but at the heart of it all is the tragic story of a hero and a villain, The Batman and The Joker. The question is, which one is the hero and which one is the villain? The Joker’s been called a maniac, a killer, and the “Clown Prince of Crime” but “white knight”? Never. Until now. Set in a world where the Joker is cured of his insanity and homicidal tendencies, The Joker, now known as ‘Jack,’ sets about trying to right his wrongs. First by reconciling with Harley Quinn and then by trying to save Gotham city from the one person who he thinks is truly Gotham’s greatest villain, the Batman.”