IT Movie Gets A Terrifying Anime Makeover From A Fan 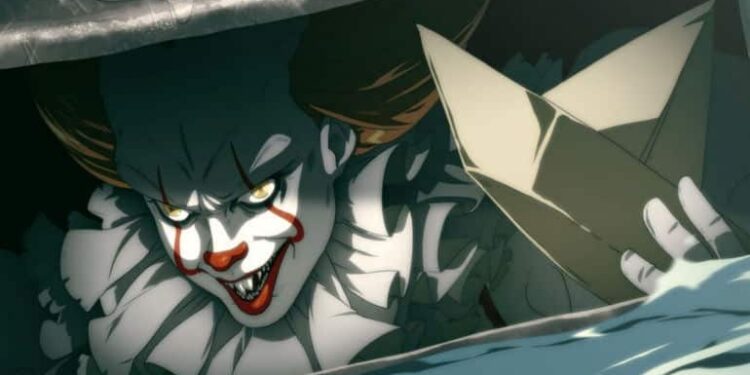 IT has been a mini-revelation in recent weeks, earning the title as the highest grossing horror film in the United States, although still a few million short of the all-time international record set by The Exorcist in 1973. IT, however, is still on circuit globally and has the makings to possibly beat the record outright. With the hype train still in full motion for the film, a fan has created a would-be anime version of the horror. Artist Mike Anderson (aka Mikuloctopus) has created two mock-ups for an anime version of IT, depicting two of the more memorable scenes from the film as inspiration (the opening sewer scene with Georgie Denbrough and the balloon scene where Eddie Kaspbrak is attacked). Anderson is well-known for his animated depictions of pop-culture characters, including re-imaginings of other popular anime and cartoons. With Pennywise looking just as menacing, if not more so, than the live-action film, the visual representation has excited fans hoping to see an anime adaptation become a reality. With the second instalment set for release in 2019 and the official confirmation of the full cast yet to be made, fans have a good deal to look forward to from the franchise. If anything, these depictions only serve to make a case for a full-feature anime film, which many will pay to watch, myself included.