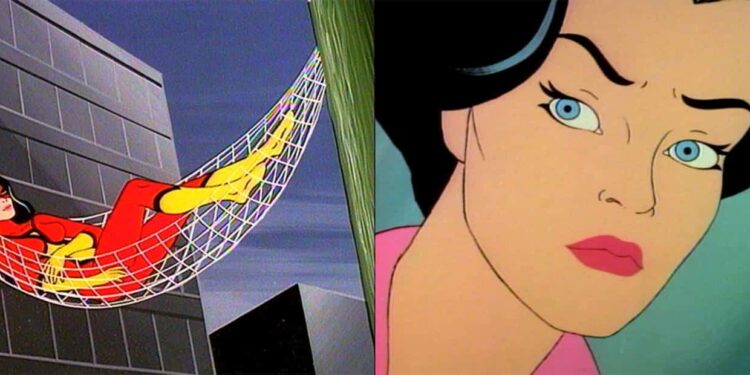 In Pyramids of Terror, mysterious purple pyramids have arisen in Egypt and Spider-Man has been taken prisoner by an ancient mummified alien. Thankfully, Jessica Drew – the amazing Spider-Woman – learns of the threat they pose and races to the rescue. But can she succeed and rescue her more famous crime-fighting compatriot? And can the duo of wall-crawlers stop the alien invasion as it heads to England?

Meanwhile, in Realm of Darkness, the dread lord Dormammu – arch-nemesis of Doctor Strange – is summoned by his cult of followers on the Cayman Islands. His plan to conquer this realm of existence involves taking over a nearby satellite launch base and interfere with a solar eclipse. The only person who can stop him is Spider-Woman, who finds herself in a race against time against a foe unlike any she’s ever encountered before…

This is a blast from the past! But should it have stayed there, or has it achieved a new level of retro-cool? 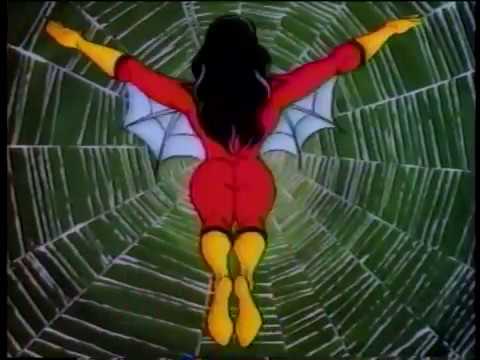 Personally, the last time I saw these when I was a kid in 1983, when they featured on the same rented Betamax videotape along with some of the classic ’66 Captain America and Hulk cartoons. It was a cheesy Marvel collection, and may even have been bootlegged for all I knew, but that didn’t matter. They were superhero cartoons, and for an entertainment-starved kid they did the job. Well, sort of. Even despite my young age, I knew they weren’t really all that great. Plus, I was a DC fan.

Now those old Spider-Woman cartoons have returned to the world, and to say they’ve improved with age would be generous. Then again, they haven’t exactly gotten much worse either because it’s exactly the same level of clunky animation, weak storytelling and poorly-synched dubbing that I remember from all those years ago. Yes, cartoons have improved a lot in the years since this was made and it’s likely they won’t impress the kids these days. However…

Well, if you’re like me and an older fan with a love of kitsch, then this may just be for you. Or else it could be of interest if you’re after an unintentional laugh, are just curious, have warped taste, or may be looking for a new drinking game. Whatever it is, there’s some fun here if you allow yourself to find it. And a large part of what’s now funny is just how serious this was meant to be back in its day. 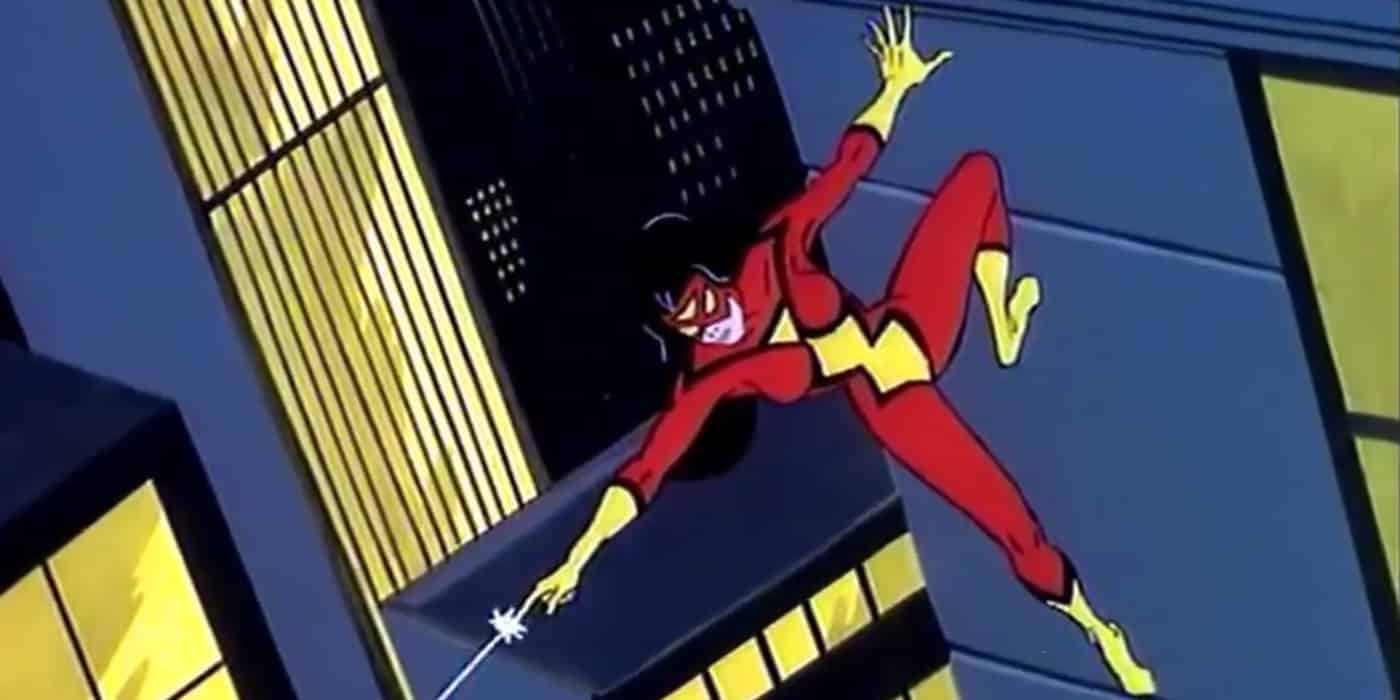 Thrill to seeing a dumb, podgy-looking Spider-Man struggle to do anything a spider can! Witness Jessica’s lecherous, male chauvinist co-worker Jeff behave in ways that would have triggered the #MeToo movement if it had existed back then! Be baffled at our heroes flying in the company jet-copter to other countries without passports or visas, violating international airspace and immigration and customs rules! Be confused by an almighty alien armada whose weakness is a cube – yes, as in the shape! Be mystified by the bizarre use of perspective in some scenes, which makes Jessica’s teenage nephew Billy appear to be just one foot tall in height!

Oh, and then there’s Dormammu’s cult followers, and their dangling, smelly balls. Stare at their balls with awe and terror!

Actually, those incense-burning spheres-on-chains the cultists are carrying are called “thuribles”. That’s the correct term for them. In this case, those crazy demon-worshippers burn some kind of green mind-control/knockout gas from their thuribles as a weapon. Maybe it isn’t quite as silly as it sounds; by the time Spider-Woman has kicked enough of these cultists in their thuribles, you kind of wonder if there isn’t some kind of subtext going on. 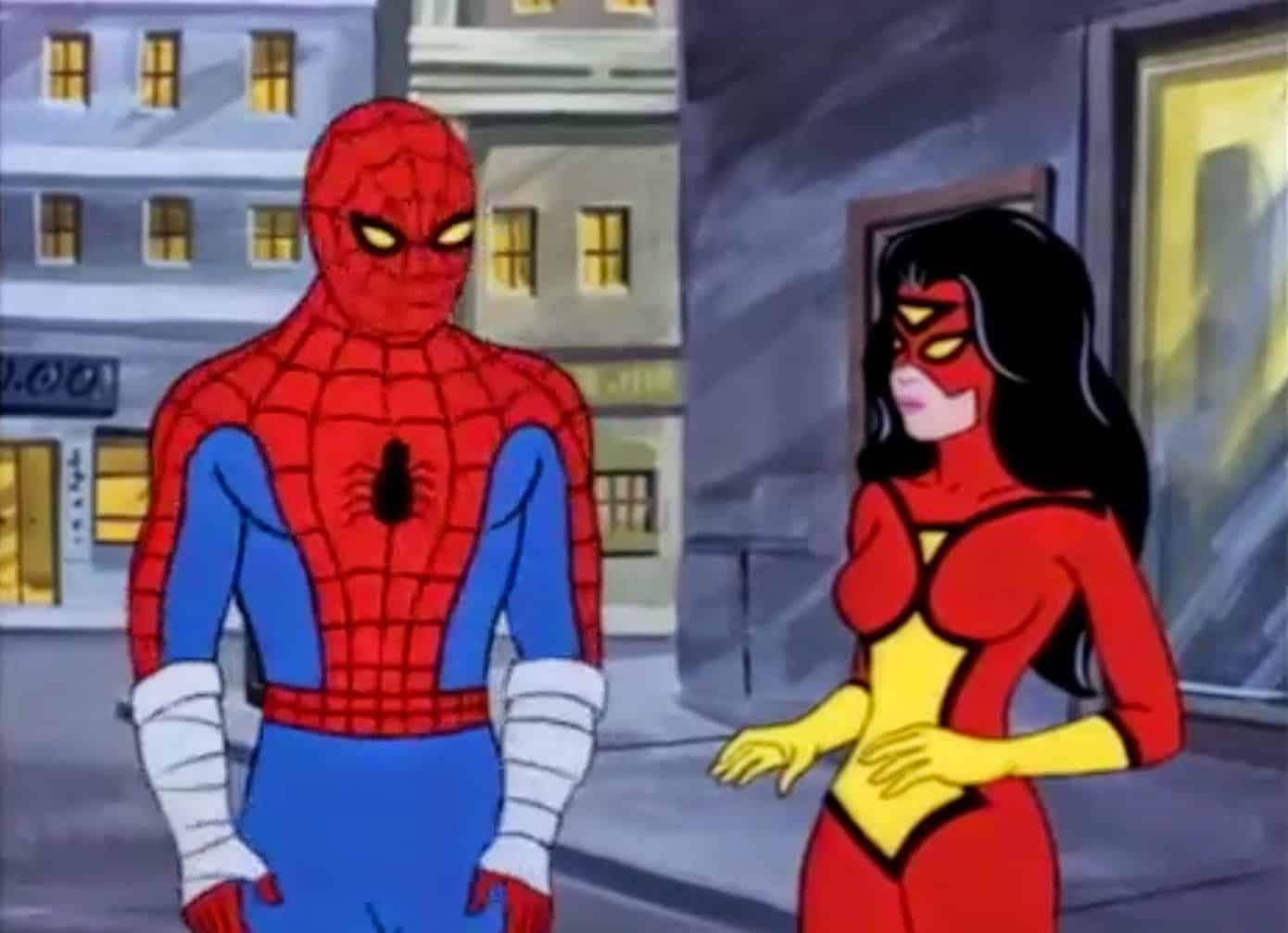 Naturally, this series is about as accurate to the comic books as you would expect from the time: very little. Spider-Woman flies around (uh…), shooting webbing from her fingertips (what?!) and using her spider-telepathy to control those eight-legged freaks (um…). Even her origin and job are different from what fans of the character may be familiar with. That being said, the characters are well rendered with crisp precision, even if their movements are jerky, and Spider-Woman more than holds her own against some powerful foes making it a joy to see her in action.

Is this Marvel animation at its best? Not even close. But there’s a strange joy to be found in these, even if just for fans to remember how far things have come. If you want depth from Spider-Woman, read the comics of the time; but in these you’ll find some fun, and there’s nothing wrong with that too.

It’s kitsch and incredibly dated… but if you need a giggle, this could be for you.