Is Sony Working On A Cartridge-Based PlayStation Console?

Sony has filed a patent in South Korea for a new technology called an “electronic game cartridge”. While there isn’t much information out there on how this new technology will work, this news has many wondering if this could signal that the PlayStation 5 might be a more portable console or even that Sony could be working on a new handheld to replace the Vita.

Sony And PlayStation Are Skipping E3 Again. And That’s Okay!

Sony Announces New Back Button Attachment For The DualShock 4

Now, we know that Sony has shown interest in a more portable console, similar to the highly popular Nintendo Switch, thanks to a comment made by Sony’s John Kodera back in May of this year:

“Rather than separating portable gaming from consoles, it’s necessary to continue thinking of (portable gaming) as one method to deliver more gaming experiences.”

It is important to note that not all patents see the light of day as many of these products never reach the commercial or even development stages.

It seems that Sony might be planning to surprise gamers when it finally announces its next console. It is expected that Sony will be unveiling their PlayStation 5 towards the end of next year but so far Sony has been mostly tight-lipped.

Listen To Wolverine: The Long Night For Free On Spotify 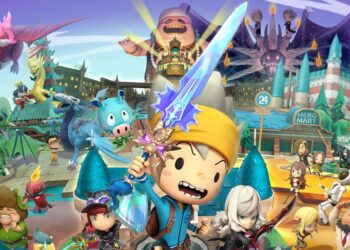