Is Killer Klowns From Outer Space Getting A Sequel At Netflix?

Stephen Chiodo says there have been tentative talks about a follow-up. 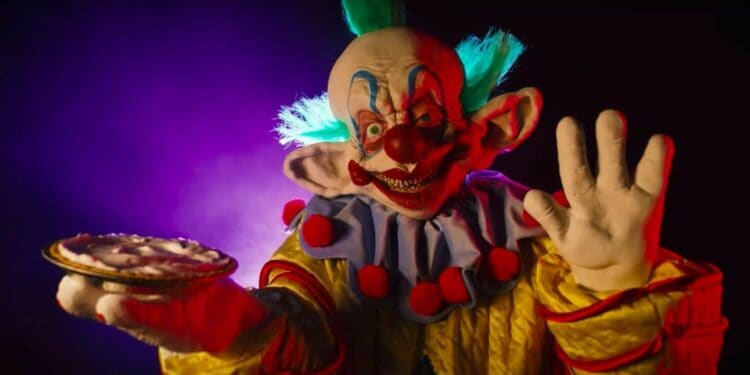 Killer Klowns From Outer Space fans have always wanted to see a follow-up to the 1988 sci-fi horror-comedy. And even though it’s been a minute, they might be getting their wish very soon.

In Alien Xmas, the animated children’s movie from Stephen, Charles, and Edward Chiodo, there is a subtle nod to the popular cult classic. During the battle for Christmas Town, the Chiodo brothers have recreated the iconic “death by pies” scene from the fan-favourite film.

Although this version was kid-friendly, fans were quick to point out that the filmmakers could be hinting at the possibility of a Killer Klowns sequel being developed at Netflix. 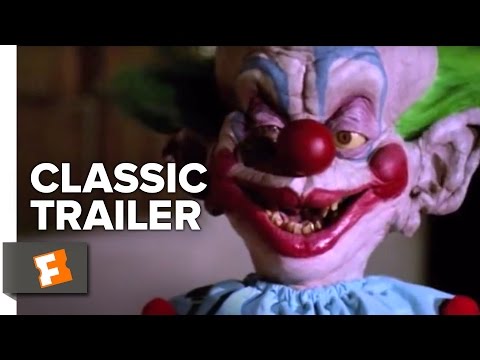 Addressing the rumours, Stephen Chiodo explained that there have been tentative talks with the streaming service about a Killer Klowns From Outer Space follow-up.

“We are talking to them. We’re talking all the time. Get this, we’ve been trying to do a sequel since we made the film and fans get angry with us. We don’t mention it too much, because they get angry. They say, ‘Oh, what’s the matter with you guys?’ But we’re trying. The business is just a bear. It moves at a glacial pace. There’s interest, and it wanes and flows. You get some executives who really want to do it, then, all of a sudden, musical chairs. They’re out, a new regime is in, and they don’t get it. We’ll see how Alien Xmas does with the Netflix people. We’ll see if they can embrace our sensibility.” 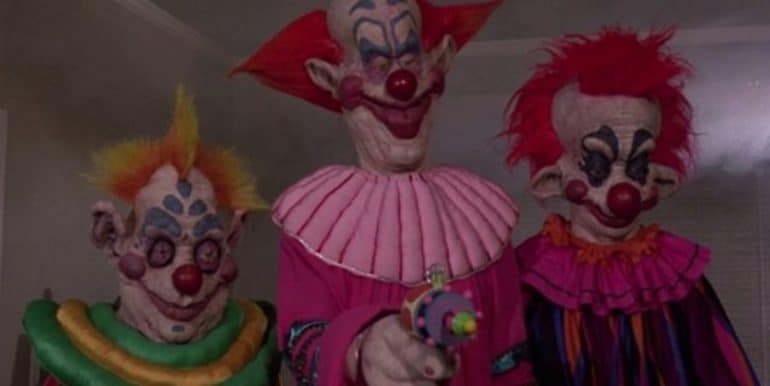 “We have tons of ideas to really carry that through. I’m amazed that it has stood the test of time – that it’s multi-generational now. Parents who liked it show it to their kids. The kids like it. They show it to their friends. They get married, and they have kids. I am floored that it has lasted as long as it has. So there’ll be hopefully something in the future.”

Written, directed and produced by the Chiodo brothers, Killer Klowns From Outer Space centred on a group of small-town teenagers who discover a clan of murderous aliens who look a lot like clowns. Although the movie wasn’t a major success when it first debuted, it became a cult classic after it was available in video stores. Universal Studios has even honoured the film during their Halloween Horror Nights events. Meanwhile, Alien Xmas follows the story of a young elf who mistakes a tiny alien for a Christmas gift. What she doesn’t know it that her new plaything has plans to destroy Earth’s gravity – and steal all the presents.

Alien Xmas is currently available to stream on Netflix.

Do you want a Killer Klowns From Outer Space sequel on Netflix?