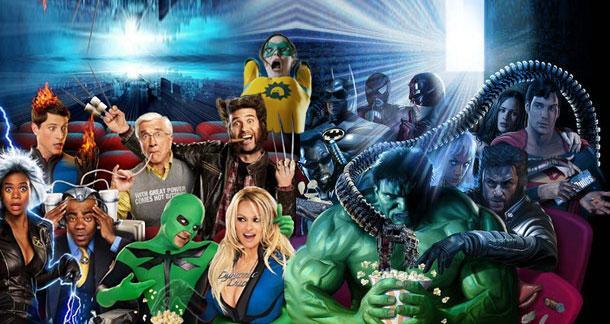 It’s a pretty good time to be a comic book fan. Not only are we being treated to a plethora of films that are coming at us quicker than the lies about corruption, but the small screen is now home to a host of comic book-themed shows. Our wildest fandom dreams are now a reality, and we’re living in an astonishing era of entertainment…

Yet, the cynic in me has had his doubts and fears our rude awakening is nigh. In fact, the not so recent Sony hack has only fuelled the anxiety further. While the leaked conversations were hilarious and displayed how the studio execs are like the bitchy teenagers in Mean Girls, it also displayed something far more sinister. It showed us how Hollywood is prepared to put bullets in our heroes faster than Joe Chill did to the Waynes.

There’s no doubt that studios milk the cash cows until they turn into rotten biltong (see: The Fast and the Furious and Step Up franchises as prime examples), but the extent of it is frightening. For instance, the leaks discussed a potential Spider-Man animated comedy. I understand the success of LEGO-themed anything, but why?! This has to be the second stupidest idea after a proposed Aunt May film. Instead of focusing on actually getting the Spider-Man character right on the big screen, there’s a desire to squeeze every last dime out of the franchise and its audience. It’s money – I get it – but is Hollywood ready to pile up the dominoes until they all come tumbling down? Fearfully, I think the answer is yes. Sometimes, too much is simply too much. The amount of spinoffs are getting stale (a Krypton series about Superman’s grandfather – I mean, come on!), as are the “new” retellings of origin stories – if you’re going to use the source material as toilet paper, then please remove the name altogether (I’m looking at you, Fantastic Four reboot-cum-ruin). Is there nothing sacred nowadays?

There’s a good chance that my paranoia is flaring up again and I could be overreacting. That said, I am scared. I’m petrified that the comic book explosion culminates into Joel Schumacher’s Batman & Robin – there’s more than enough tragedy in this world and no one should ever have to experience that again.

As such, I believe in solutions and not just whining. So, to Hollywood, I leave the following message:

If you really care about the franchises and their sustainability (in simple terms: M-O-N-E-Y), I recommend two things: first, everyone needs to read the Batman: The Animated Series Writers Bible. It might be over twenty years old, but it contains invaluable information that will ensure your material ends up becoming a legacy, rather than lethargy. Second, before you impulsively act, stop and think about the repercussions. If in doubt, just remember 2004’s Catwoman and the devastation it brought to the world. Never forget…