Home > Gaming > Is Hideo Kojima Working on a Matrix Game? Fans want it. We want it. Come on, give us a Hideo Kojima Matrix game!

From his massively popular Metal Gear Solid series to his impressively revolutionary Death Stranding, Hideo Kojima has been injecting the world of video games with his love for the cinema for quite a while.

Kojima’s infatuation with all things western related is no secret. It seems like, once in a while, the legendary game director will become borderline obsessed with a new American movie or TV show, going so far as to base their next game on said media. The perfect examples of this are his Twitter posts about The Walking Dead, and how we ended getting Norman Reedus in two of his projects immediately after that.

This time, however, it seems like there might be something way more spectacular on the horizon for fans of sci-fi and video games: we might get a real Hideo Kojima Matrix game. 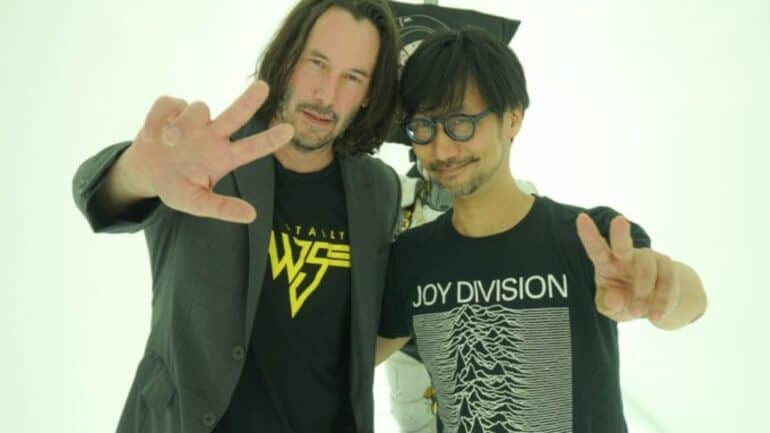 If you manage to recruit Hideo Kojima in Metal Gear Solid: Peace Walker, he’ll say that 70% of his existence is made up of movies. Kojima’s passion for cinema is something that can be felt in each of his games. Of course, being a devout sci-fi nerd, The Matrix turned Kojima’s world upside down back in the early 2000s.

The Wachowskis masterpiece partially inspired one of the most controversial games ever released by Kojima: Metal Gear Solid 2: Sons of Liberty. The fact that Kojima was so enamoured with the Red Pill / Blue Pill dichotomy can also be felt in some of his more recent works.

The idea of a Hideo Kojima Matrix game isn’t as farfetched as it might sound. The Wachowskis themselves said in a 2000 interview that they played Metal Gear Solid as soon as they were done directing The Matrix. The connection between the creators is there – it’s just a matter of when it’s going to happen.

What is the Matrix | Official Site https://t.co/9QjJigGW9q

Another thing that makes Kojima so different from other video game developers is the way he handles his social media accounts. The developer usually tweets about what movies he’s watching, frequently sharing some of his ideas about how he would have handled the project.

Recently, Kojima seems to have taken an interest in The Matrix Resurrections. His tweets about the upcoming film, however, are cryptic, to say the least. Among the usual hype tweets, there seem to be some clear indications that Kojima might be involved in the film in some capacity like he was in Cyberpunk 2077.

Other than a possible Hideo Kojima Matrix game, he seems to be interested in the possibility of the next film in the series being an interactive experience. Much like Black Mirror: Bandersnatch, Kojima wonders if Resurrections’ plot is going to be dictated by the audience.

While this might not be the Hideo Kojima Matrix game we were all hoping for, it absolutely sounds like a revolutionary plan. Kojima also wondered if there would be theatres specially dedicated to playing a specific version of each film, and he says that there are some clues about this hidden in the film’s trailer.

As for what’s next for Kojima after Matrix, the developer seems to remain interested in working on a new horror game. Maybe we won’t get a Hideo Kojima Matrix game yet, but there’s still hope for P.T.’s spiritual successor.

What do you think? Would you like a Matrix game from Hideo Kojima?