Is Don Cheadle Leaving The MCU? 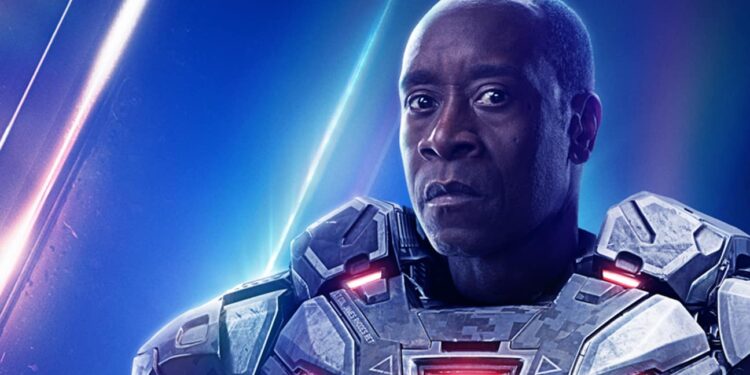 Avengers: Endgame may have been Don Cheadle’s last MCU appearance as James Rhodes/War Machine. The actor, who replaced Terrence Howard in Iron Man 2, recently revealed that he signed a six-movie deal with Marvel – which ended with Endgame.

After his making MCU debut in 2010, Don Cheadle became a fan-favourite, with many praising his chemistry with Robert Downey Jr. He returned as War Machine for Iron Man 3 and reprised the role for crossover appearances in other MCU movies including Avengers: Age of Ultron, Captain America: Civil War, Avengers: Infinity War, and Avengers: Endgame. War Machine also made a credits-scene appearance in Captain Marvel.

With the death of Iron Man in Endgame, it would make perfect sense to end the stories of characters who were connected to him – like Rhodey and Pepper Potts. Because it would also be very easy to bring them back in smaller roles for future films if the need arises. In an interview with The A.V Club, Cheadle talked about how he was offered the role of War Machine, as well as his contractual deal with Marvel.

“And they’re like, ‘Well, we need to know, because if you’re not saying yes, then we’re gonna move on to the next person. So you’ve got an hour.’ An hour to decide 12 years, a role, and parts that I don’t even know – in movies that are coming down that I have no idea what they’ll be. I said, ‘I’m at my kid’s laser tag party right now.’ They said, ‘Oh! Oh, take two hours.’ So generous!”

“So I go back inside, and I’m ducking behind things, playing laser tag, and talking to my wife. I’m like, ‘Should I take a flier on this? Is this something I should do?’ And she said, ‘Well, yeah, I guess so. All things being equal, this is that kind of thing. You’ve never done anything like this before – big special effects, tent pole, four-quadrant movie. Do you want to do something like this?’ I said, ‘I kind of do.’ She said, ‘Well, then take a flier. Let’s do it. Try it.’” It’s worth noting that while Marvel contracts can sometimes hint at a character’s storyline in an upcoming movie, they aren’t the final deciding factor.

Much like Chris Hemsworth, Scarlett Johansson, Tom Hiddleston, and Jeremy Renner (who will reprise their roles for various movies and series in the MUC), Don Cheadle may have signed a new contract or extended his existing one – especially since rumours of a War Machine series for Disney Plus have started to circulate.

The War Machine series is rumoured to follow a military story arc, with a sombre and rather serious undertone. The series will also introduce Riri Williams, also known as Ironheart in the comics.