Iron Fist’s Biggest Fault May Be The Defenders’ Greatest Weapon 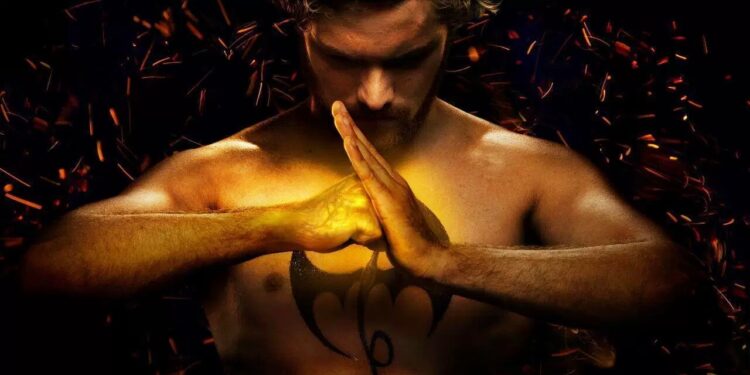 Much has been said about the pros and cons of Netflix’s Iron Fist series, with that cons column looking a little more stacked. Despite receiving a critical pounding from some (now sitting at a 19% approval rating on Rotten Tomatoes), it should be obvious to those who have seen it that it really isn’t as bad as the numbers suggest. In fact, the 7.9 rating on IMDb is perhaps a more accurate reflection. Offering up regular homages to martial arts classics like Enter The Dragon, Drunken Master and even Kung Fu Hustle, Marvel’s latest series knows what it wants to be. Unfortunately, what it wants to be isn’t what’s necessarily popular. Of all the Marvel Netflix shows, Iron Fist had more potential to be a full-on superhero show than its counterparts. After all, it’s based on a comic book hero who runs around in green spandex and yellow mask and plimsolls whose job is to simply kick and punch people. In that regard, it’s an understandable disappointment. Add to that a lack of interesting supporting characters (in particular the unlikeable, bland character of Joy Meachum) and a somewhat unfocused and uninteresting story, and even the fans have to admit that there are serious faults here.

But it’s the pacing which is the real problem here. Like forerunners Daredevil, Jessica Jones and Luke Cage, it’s a Marvel show for adults and moves at its own pace – or, seemingly, no pace at all. Unlike the other shows which have enjoyed a slow-burn narrative, it feels more like no-burn. There’s no addictive factor here which makes it a binge-watch show. It plays out more like a weekly episodic show, and it’s only for all the episodes being released simultaneously that some people have bothered to watch them all. If it were on once a week, many might have stopped watching it after only a handful of episodes.

There’s a good reason for that, and his name is Danny Rand. Each of the Marvel Netflix shows has reflected the main character. In the case of Iron Fist, the show reflects someone who lives his life mostly in a zen, almost sedate, bubble of inner harmony – occasionally broken up by moments of conflict. In the comic books, as in the show, there’s far more to him than the costume. However, for those who only know of him in a casual way, they may not be aware of that. Yet he’s still a character who spends time meditating and approaching many situations calmly and rationally.

Which is exactly what you don’t want in what’s assumed to be a show about an action hero. People would have been happy to see him fighting wave after wave of villains, but following the journey of a man who takes time-outs to maintain his inner peace makes for a slow show.

Ironically, it’s that same no-burn factor which could make him the best thing in the upcoming Defenders series, which will unite him with Daredevil, Cage and Jones. On his own, he can appear to be dull. But those familiar with his comic book counterpart will be aware of what makes Danny Rand a fascinating and fun character, and that’s how he interacts with others. In particular, when he’s working with his Heroes For Hire partner Luke Cage.

The dynamic between the two is an Odd Couple pairing. Luke is a large, physically imposing, boisterous figure who solves problems by tackling them head-on, yet deep down inside he’s a thoughtful man. He’s a working class hero, a man of the streets. Danny is smaller, less intimidating, exuding calmness and thoughtfulness, yet inside his emotions could explode if left unchecked. He’s a man of wealth, born into privilege before his time in the monastery. They’re polar opposites, and whenever they’re together they bring out the best in each other. Due to the origin story nature of the show, that hasn’t been properly depicted. Come The Defenders though, that may be exactly what we’ll get and we may see a far more entertaining Danny Rand once he partners up with Cage. Colleen Wing, as good a character as she is, is too similar to Danny in terms of attitude. The Meachum’s have been too quiet to be effective foils to his character. The bulldozer nature of Cage, the in-your-face sarcastic negativity of Jessica Jones and the arrogant self-assurance of Daredevil, Danny has more to play off and the contrast becomes both comedic and dramatic. Opposites make things more entertaining, and that’s why he could be the real breakout character in The Defenders.

For those critics who don’t believe anything could make Danny Rand interesting after the Iron Fist show, take note of Captain America on the big screen. His first solo film, as entertaining as it was, was received with some lukewarm cheer in comparison to the acclaim received by Iron Man and Thor. In The Avengers, his role for a majority of the film seems to be that he does little in comparison to the rest of the team. It’s only at the climax that he finally steps into the role of team leader that he makes an impact, and even then it’s negligible. Then came Winter Soldier, which changed the playing field for him. With the right storyline, right style and right characters to play off, Winter Soldier turned Captain America from everyone’s least favourite Avenger into arguably the most popular of them all.

Iron Fist may not appear to be a success at this time in terms of the ratings, and that’s understandable. As a show, it could have been better in many ways. Like the first Captain America film, it wasn’t bad – it was just disappointing when compared to the high standards already set. But don’t count Danny Rand out yet. Like the Immortal Iron Fist himself, the more hits he takes the stronger he may become. With so little now expected of him and with so much negative criticism, he could be about to explode and become your new favourite character.