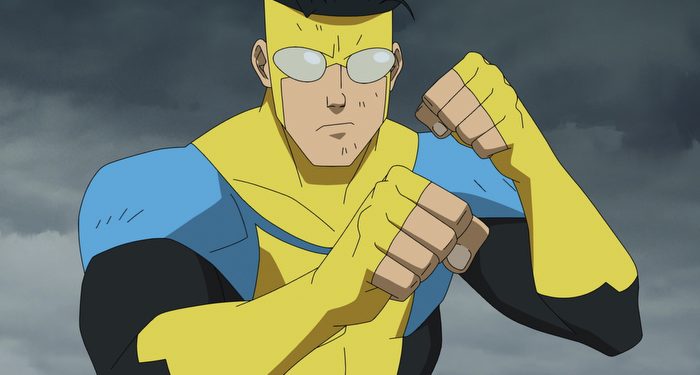 The adventures of Mark Grayson and his epic rise to superhero status received near-universal praise once it received an animated adaptation early last year. Long-time comic book fans know that the source material the show’s based on is quite extensive, so it’s no surprise to hear that Invincible season 2 is getting made for sure.

At the same time, fans who only got into the Invincible craze through the show are in for a wild ride when season 2 comes around. The show has followed the comic very closely until now, so we can expect Invincible season 2 to expand Mark’s world beyond the boundaries of superheroism, as a new cast of friends and foes makes its stellar debut in the coming seasons.

Part of the reason why the Invincible comic got so popular among comic book fans is that the world that it portrays differs wildly from the usually cynical take on alternate superhero universes. Another show currently streaming on Prime Video, The Boys, is the polar opposite of Invincible’s almost fanboyish approach to the whole superhero business.

It’s refreshing to see Mark’s dedication to becoming a hero, especially contrasted with The Boys’ sheer cynicism. Sure, fans know that the comic goes a bit dark at times, but the struggle between Invincible and Omni-Man is a nice throwback to a simpler time in the history of superhero comics. Invincible season 2 will expand upon the story of Omni-Man — who is now a proper villain in the context of the show.

Another character that we might get to know better in Invincible season 2 is Atom Eve. Also known as Samantha Eve, the superheroine could be considered the tritagonist of the show moving forward, as her story closely ties in with that of Mark, as comic book fans might already know. No spoilers, but Invincible and Atom Eve’s relationship is integral to the plot of the comics, and we might be beginning to see that connection budding in Invincible season 2.

New — And Even More Evil — Villains in Invincible Season 2

So far, the biggest threat Invincible has had to face has been his own father, Omni-Man. However, that might soon not be the case, and Invincible season 2 might introduce a whole new cast of villains for Mark to face off against.

Some of the show’s minor recurring villains, like the Mauler Twins, become a series staple in the comics, so we can expect the same to happen in the animated version. However, some other characters, like the enigmatic Robot, have some clear ulterior motives that clash with Mark’s firm moral principles.

The new Guardians of the Globe might also find some heavy resistance from some new faces on the villains’ side. A character that’s been rumoured to appear in Invincible season 2, and one that might redefine the structure of the show moving forward, is Angstrom Levy.

A mysterious man with the power to create portals to alternate realities, Levy blames Mark for an accident that left him disfigured. In the comics, Levy manages to contact alternate-reality versions of Invincible to destroy the original Mark’s reputation and is the sole responsible for many of Mark’s family tragedies.

While Omni-Man might have been one of Invincible’s biggest threats, Angstrom Levy is popular among comic book fans because he could be considered Invincible’s first real archnemesis, which is why his appearance in Invincible season 2 is so expected by long-time fans of the series.

All that said, there’s a bigger threat on the horizon for Mark and his allies, and that’s the looming shadow of the Viltrum Empire. Things are about to get intergalactic in Invincible season 2, and with that comes a new era for the young superhero and the world he fights so hard to protect.

The conquering Viltrum Empire is an ever-present threat in the world of Invincible. So far, in the show, we’ve only seen a fraction of what one Viltrumite can do — now imagine what an entire race of super-superpowered individuals can do to a planet. Nolan Grayson, aka Omni-Man, is a complex and fascinating character all through Invincible’s comic book run, and his backstory will surely be expanded upon in Prime Video’s Invincible season 2.

A perfect society where might makes right, Viltrum is known all over the galaxy for its constant warring and relentless thirst for conquest. Several planets have banded together to put a stop to the violent Viltrumites, which in turn spawned an ever-growing need for champions to protect planets against the Empire. Thus, the Coalition of Planets was born.

We’ve already heard a bit about the Coalition in the show’s first season. Allen the Alien, a Champion Evaluation Officer working for the Coalition put Mark’s strength to the test in the early episodes of the show, and it’s thanks to him that we know that the world of Invincible is much bigger than what initially seems.

The show’s first season hinted toward the bigger picture that’s the backdrop to Invincible, but there’s a good reason to believe that the second season will expand the story in new and exciting ways, and that’s because of the positive fan reception the show had.

Even though the Invincible comics were created by Robert Kirkman — who already had a considerable fan following thanks to The Walking Dead — there was no indication that the show was going to be as popular as it is now. That might be the reason why the show has a confirmed second season currently in the works, but a third season is also in the pipeline at Amazon Prime Video.

Knowing that another season is coming up might be a great incentive for the show’s writers to add more complex stories to the animated version of Invincible.

Considering the positive reception of the show, it would be safe to say that we might be looking at a show that will end up having more than five seasons — even more, if the showrunners are trying to adapt the comic book’s plot in its entirety.

We still know precious little about what’s going on with the production of Invincible season 2, but there’s confirmation that Steven Yeun, who plays Mark Grayson in the show, has already returned to record his lines, and so has J.K. Simmons.

The voice cast is expected to remain the same in the show’s next season, so fans can expect the same outstanding level of acting quality that the story of Invincible deserves. Now that the show has proved to be a bona fide hit, perhaps we can also expect a more detailed animation for the whole second season.

Just imagine how Invincible season 2 would look like if the entire season was animated in the same painstakingly-detailed fashion as the epic confrontation between Invincible and Omni-Man. Now that is a proper comic book adaptation.

Tell us, are you excited about Invincible Season 2?