The Internet Responds to Prince’s Death Celebrities — fellow musicians, artists, actors, TV personalities and celebrities — took to social media to express their deep sadness in response to musical legend Prince’s death. The music icon’s body was found at his Minnesota estate on Thursday morning, days after his plane has an unexpected emergency landing due to a medical emergency.

And just like that…the world lost a lot of magic ✨ Rest in peace Prince! Thanks for giving us so much…

I'm Crushed!! UK news reporting Prince Is Dead?! For Real?! Massive Loss for us all! What a Genius! Speechless.

Thank you Prince. All my thoughts & prayers are with all your loved ones. https://t.co/JT52sKlJBJ

Prince was brilliant and larger than life. What a sad day.

If the news about prince is true it will be a terrible loss of such an amazing music legend and icon.

Numb. Stunned. This can't be real.

I was hoping it wasn't true. Until it was breaking news on tv. Gutted beyond words. Soundtrack to all our lives!

One of my biggest inspirations. A true icon. You will be missed. Sad sad news today… #RIPPrince

We've lost the greatest artist of my generation. I danced on stage with him when milo was in my belly. Prince, I will forever love you. #RIP

Been a fan since this 1978 album. My older intro'd me to his music. She in college, I in grade school. #RIP #Prince pic.twitter.com/GWyK39LG2b

This is so heartbreaking💔 I had this Prince pic drawn on my wall years ago because his music inspired so many R.I.P😥 pic.twitter.com/60msa6hm3I

My musical brother… My friend… The one who showed me the possibilities within myself,… https://t.co/UumElgEgFg

I Miss My Brother. Prince Was A Funny Cat. Great Sense Of Humor. https://t.co/67umQghtbi

💦PRINCE💦
I wish I could have expressed my love for him before he left. https://t.co/drlyFNWF9X

Today we lost a true artist. Thank you #Prince for all the music you put into this world. #RIP pic.twitter.com/4yZ6Cb5hMb

So sad to hear about the loss of Prince today. #RIP #legend #purplerain 💔 pic.twitter.com/GwbL8R975M

This was the last time Prince was filmed alive: 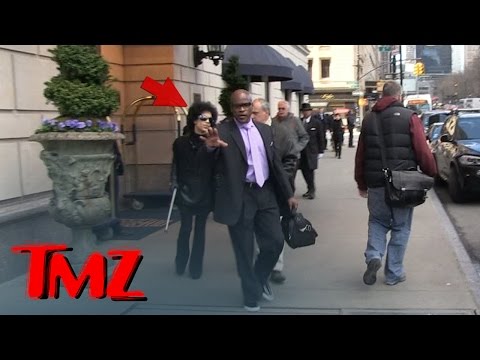