New DC Crossover Event Revealed: Injustice Vs. He-Man And The Masters Of The Universe 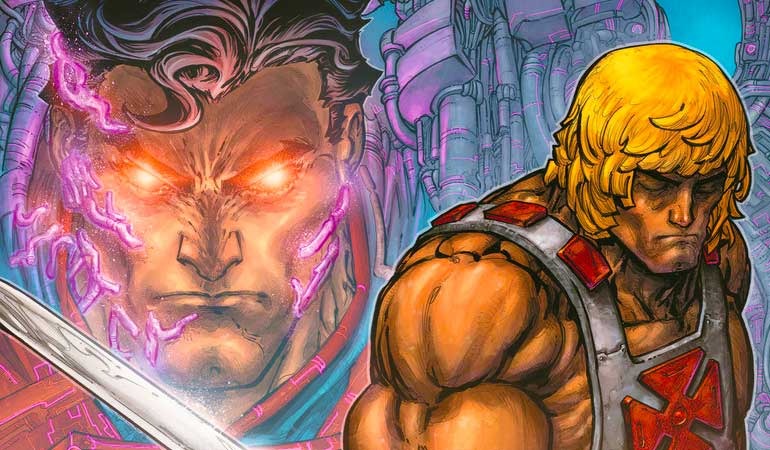 In a surprising move from DC, we learnt from a press release today that the characters of the world of Injustice and Mattel’s He-Man and the Masters of the Universe will be joining up in a big crossover event.

The six issue Injustice Vs. He-Man And The Masters Of The Universe miniseries will sport the writing talents of Tim Seeley, a DC pro and fantastic writer, as well as the artistic abilities of Freddie E. Williams II. The press release also gave us this synopsis:

“Believing He-Man and the Masters of the Universe defeated, a robotic impostor has seized control of Eternia—but not for long! After freeing his kingdom from this strongman’s rule, He-Man learns not everyone is pleased to see the pretender deposed—but Adam knows the value of freedom. When heroes from another dimension ask his aid in deposing a superhero turned dictator, he agrees. Teaming up with Batman against the Superman of the Injustice Universe, He-Man and his new allies face dangerous and familiar enemies in a battle where no world is safe!”

A fun and innovative crossover, this miniseries sure to delight fans of both the video game and comic series and the animated show and toy line that have inspired this book.

Releasing on July 8 2018 and available through digital download, Injustice Vs. He-Man And The Masters Of The Universe is likely to be a sure-fire success and something you should be diligent not to miss!