Iron Man enters to a thumping AC/DC track. The Reservoir Dogs walk down the street in slow motion to “Little Green Bag”. The Breakfast Club gather to the classic Simple Minds track “Don’t You (Forget About Me)”. Toddler Groot dances to ELO’s “Mr Blue Sky”. There’s a certain art in movies to getting the right song for the right moment to drive the scene home, and for many filmmakers it’s essential.

As an audience, we’ve come to take these moments almost for granted these days. Most of the time the music fits so naturally that we don’t even notice it. But then there are the occasional moments where a film – even a good one – can drop the ball and put a song in the film that just seems… inappropriate.

We’re not talking about an intentionally out of place one to be funny, like the Barry Manilow song in Hellboy II or the Pina Colada song in Wanted, but rather inappropriate songs that someone really thought was a good idea at the time. Songs that the filmmakers got so, so wrong… 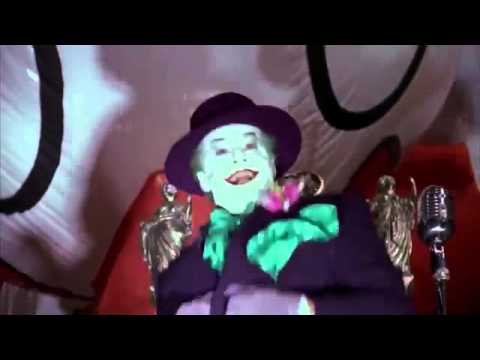 When Tim Burton made Batman he was happy to work with the talented powerhouse Prince, the performer whose name would later be replaced with a squiggle. Prince contributed some great tracks for the film too, including the wonderful “Partyman” for the Joker to dance to in an art gallery.

Sadly, “Trust” seems wrong despite the fact that it’s one of the catchiest songs on the whole soundtrack. But a song promoting trust in the Joker despite his recent terrorist actions where he poisoned the city is dubious. There’s irony and then there’s stupidity, and this song in the scene falls into the latter category. We should be thankful that Burton wised up for the sequel, opting for a Siouxsie and the Banshees/Danny Elfman number, Face To Face, which perfectly captured the duality of Batman and Catwoman. 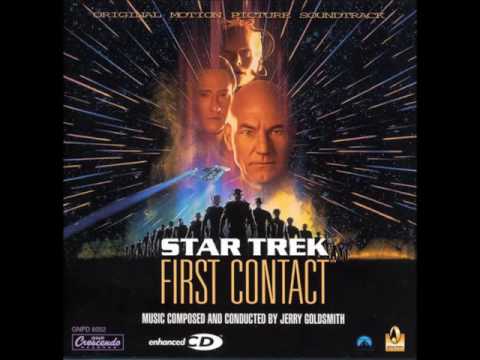 Star Trek: The Next Generation’s second film was great, there’s no doubt about that. Action-packed, with just the right mix of comedy and in-jokes, it stands as the best of the Next Generation series. Even having a drunken rocket scientist appear in it who likes his old-school rock was a great touch.

However, Roy Orbison’s “Ooby Dooby” was just wrong in it, and while it’s supposed to be a hilarious moment as he plays it for the visiting Vulcans upon making the first contact with an alien race, it’s just embarrassing. If those Vulcans had any common sense, they’d have changed the record to Chuck Berry’s “Johnny B Goode”.

There are many reasons to hate the Star Wars “special” editions, and this is one of them.

George Lucas wanted to add a song-and-dance number to Return Of The Jedi, and it was the biggest mistake since Greedo shot first. Max Rebo and his band of, um, “Jizz-wailers” (yes, we know. Blame Lucas for this term) rock Jabba’s palace with this song while Boba Fett uses his smooth moves on some ladies.

The scene is bad and the song is questionable at best, bringing back awful flashbacks to that time we played Kinect Star Wars. After all, why are they singing about Jedi in Jabba’s palace anyway? Sorry George, the force wasn’t with you this time.

The Addams Family – This Is The Way We Roll (MC Hammer) 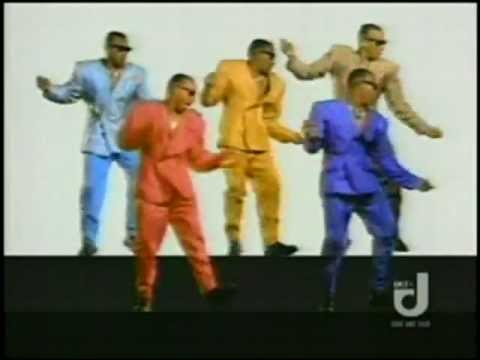 When The Addams Family film came out, it had a funky theme song by parachute pants rapper MC Hammer that was actually pretty cool, if only slightly embarrassing. But the scene where the creepy, kooky, spooky, comedy- Goth family are riding in the car to this tune is so out of place it’s genuinely ooky. Thankfully, the scene is short so it isn’t too offensive.

Terrifyingly this pattern would be repeated with other Barry Sonnefeld films, from the atrocious theme song for the Addams sequel to aliens and government agents enjoying the questionable tunes of Will Smith in the Men In Black films. 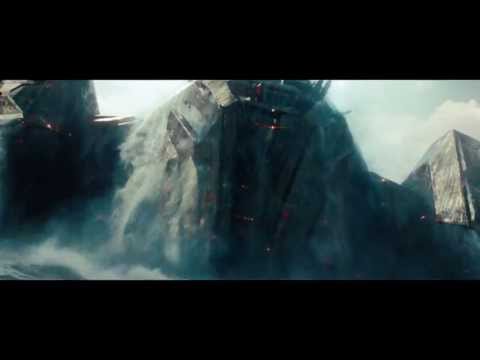 This classic Creedence Clearwater Revival track is a fantastic rocking number. Amazingly, Battleship was a surprisingly okay movie, despite a dodgy first half hour and some of the worst acting and plot holes ever to appear on screen. Yet it’s a fun film and the rock soundtrack works perfectly… until the end. That’s when “Fortunate Son” blasts out, against all logic.

What’s wrong with it? Well… did nobody think to mention to the filmmakers that it’s actually an anti-war song? Given that the audience has sat through watching the military getting into a giant shooting match against aliens for 1½  hours before it plays, it’s truly out of place. 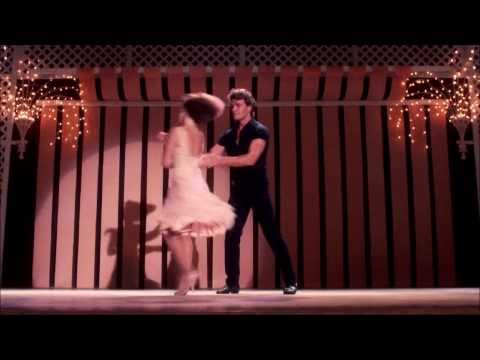 Dirty Dancing is one of those totally ridiculous love-or-hate movies that are always billed as a feel-good “chick flick”. It’s the decent coming of age story of a girl in 1963 at a holiday camp who sleeps with a dance instructor and does some dancing that’s, um, “dirty”.

The soundtrack is surprisingly good, and the dance routine at the end is the film’s crowning moment. But why do they dance to a song that wouldn’t be recorded for another 25 years? Are they time travellers? 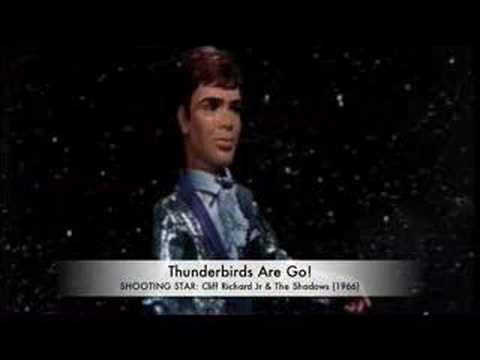 If you own an interstellar nightclub in space in the future, it makes sense that the band you’d book as your headline act would be… Cliff Richard (Junior) & The Shadows?! That’s what happened in the 1966 film Thunderbirds Are Go, where supermarionette versions of Cliff and the gang perform a time-wasting musical number so out of place it’s laughable and brings the whole film down.

It makes that rare achievement of being so uncool that it’s actually cool and then becomes entirely uncool again on a whole new level. It’s one of those rare moments in movies that has to be seen to be believed.

The Doctor Who theme tune is a classic and has been for almost 50 years now. That driving beat, that legendary tune, that beating of drums that every fan knows and loves.

Except for in this film, which is out of continuity. While Peter Cushing plays a great (unofficial) Doctor, the fudging of the concept and the name are almost unforgivable in their own right. However, changing the classic tune too is a nail in the coffin. This film still has moments that hardcore fans can love, but the opening psychedelic music is enough to make you wish the Daleks had sung the theme song rather. And anyone who’s ever heard the Go-Go’s I Wanna Spend My Christmas With A Dalek knows how bad that idea is.

Robin Hood: Prince Of Thieves – (Everything I Do) I Do It For You (Bryan Adams) 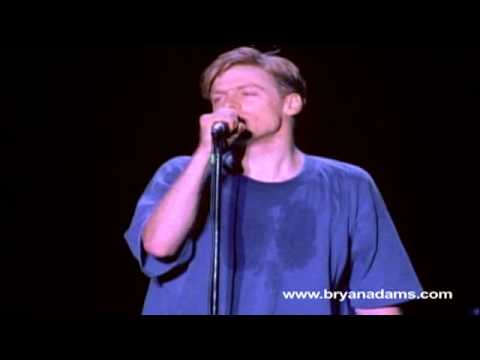 It’s hard to take Robin Hood: Prince Of Thieves seriously in any way, from Kevin Costner’s woefully American British accent to the ridiculous geographical discrepancies. Still, the film was popular and Christian Slater rocked in it. Or at least he would have if his scenes hadn’t been cut. However, that Bryan Adams song is totally ludicrous and sums up the romantic cheesiness onscreen.

It’s supposed to celebrate the romance between Robin and Maid Marion, because everything he does, he does it for her. But… wasn’t Robin supposedly doing his selfless deeds to help the oppressed people? Apparently not, if the lyrics are to be believed. This song makes the point that his actions were about nothing more than trying to impress a woman. 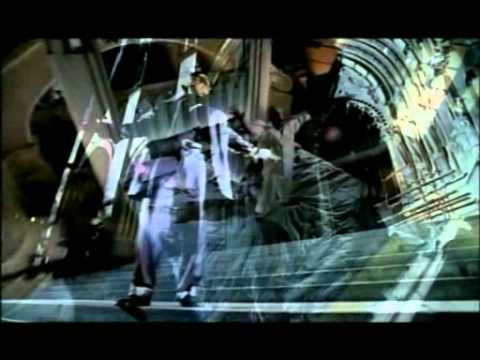 If you thought Tim Burton’s choices on Batman were questionable, then you never saw Joel Schumacher Batman & Robin and you’re lucky. This “effort” from R. Kelly.

What makes it so bad? Check out the lyrics. It starts out talking about the contrast between rich and poor in Batman’s hometown, which is fair enough, but then explains how Gotham City is a city of justice, a city of peace. Wait, what?! Is this the same Gotham City that any Batman fan knows has criminals everywhere and supervillains who run about blowing up buildings on a regular basis? This song isn’t just wide of the mark; it’s misfiring in the opposite direction entirely. As far as inappropriate songs go, “Gotham City” takes the cake.

Can you think of any other inappropriate songs in movies? Let us know in the comments.