Iman Vellani Cast As Ms. Marvel For Disney Plus Series

In addition to the series, the character will be included in future Marvel films. 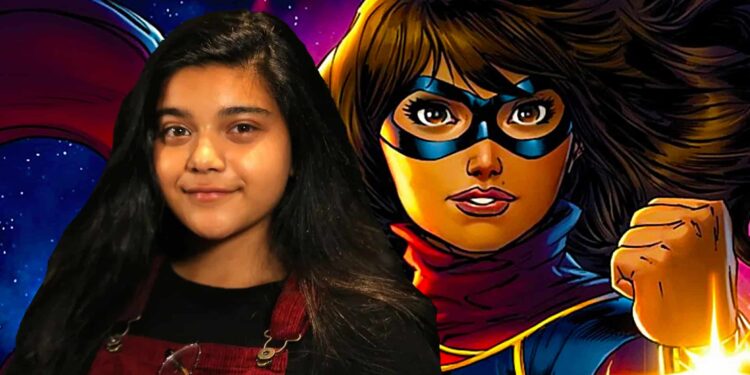 After months of searching, Marvel has finally found the perfect Ms. Marvel (aka Kamala Khan). The studio has signed newcomer Iman Vellani to star in its Disney+ series based on the comic-book character.

The exclusive report by Deadline also revealed that Bisha K. Ali will be taking the lead on scriptwriting duties. Directors working on the project include the talents of Adil El Arbi, Bilall Fallah, Sharmeen Obaid-Chinoy, and Meera Menon.

And the news gets better – Marvel’s Kevin Feige has said that in addition to the series, the character will be included in future Marvel films.

The series will follow Kamala Khan, a Pakistani American teenager from New Jersey with shape-shifting abilities who later discovers that she has Inhuman genes. She later assumes the mantle of Ms. Marvel, after her idol Carol Danvers becomes Captain Marvel.

Shortly after the news of her casting Vellani took to Instagram to express her excitement at landing the role.

Created by G. Willow Wilson, Adrian Alphona and Jamie McKelvie, Kamala Khan is Marvel’s first Muslim character to headline her own comic book. The character first appeared in 2013’s Captain Marvel #14 before going on to star in the solo series Ms. Marvel, which debuted in February 2014.

Disney has yet to officially confirm the cast, but that didn’t stop creator G. Willow Wilson from congratulating the actress on social media.

I guess this news is out. ? Congrats, Iman! https://t.co/F3VAca5uiQ

Iman Vellani is still relatively unknown. But existing fame wasn’t a deciding factor during the casting process. Marvel always planned to stay true to the character first – even if it meant choosing someone unfamiliar.

While her acting credits may be limited, the 18-year-old has directed two short films which are currently available on Vimeo. Vellani was also part of the Next Wave Committee at the 2019 Toronto Film Festival. The group was tasked with adding a special tag to films (already programmed into other categories) which they believed would resonate with their peers.

Ms. Marvel is one of multiple Marvel series in various stages of production at Disney+. WandaVision is set for release later this year. Falcon and the Winter Soldier, and Loki will be on their way in 2021. Samuel L. Jackson is set to reprise his role as Nick Fury for a new series. While other shows in development include Hawkeye, She-Hulk, and Moon Knight.

Ms. Marvel is currently scheduled for release in 2021.