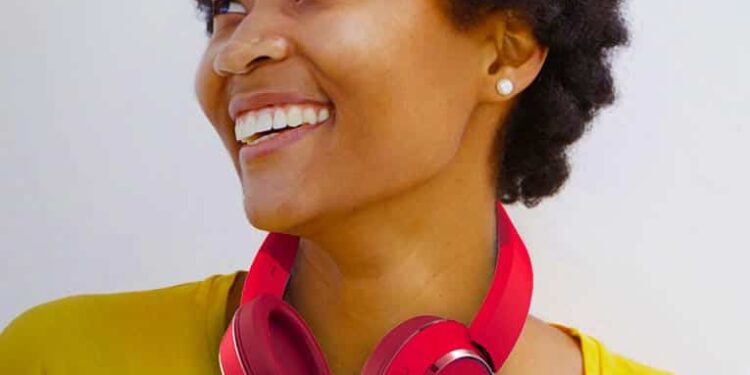 Almost everything seems to be going wireless these days. Stick some sort of wireless connectivity module (Bluetooth, Wi-Fi, etc.) into a device and you have yourself a future-proof tech. Or so it seems. There’s a difference in offering wireless devices that just get by to something that supports additional features and is pretty nifty as a result. Since Apple announced the removal of the headphone jack on the iPhone 7 in 2016, the world has kicked up a number of new offerings in the wireless audio market. iFrogz has been around for just over a decade now, and has been creating wireless audio for quite some time as well. Having recently received iFrogz Coda Wireless Headphones for review, I was excited to see what the unit had to offer, especially when you consider the price tag. Having recently had the opportunity to review both the Beats Solo 3 and Sudio Regent wireless headphones, and now the Coda as well, it’s safe to say that the more simplistic look almost always wins out. While a few features in terms of the design are always welcome, over the top looks aren’t going to win you the majority of the market. The Coda follows a similar design aesthetic with soft leather earcups and leather on the inner of the headband. Unlike the two previously reviewed units, the Coda doesn’t offer the same level of comfort with thinner earcups. That said, the cups fit snuggly over my ears almost as if they were designed for my head and ear shapes. The unit is much lighter than the other two, so it feels a lot better after some time listening to music. Comfort, however, may not be the same for each individual and brings up a good point in shopping around for which headphones are better suited to your comfort. While, overall, the Beats 3 Solo may offer more comfort, it may yield uncomfortable results for some, which would be a huge disaster having just dished out over R3,000.

The iFrogz Coda also features basic controls on the right earcup. These include the volume rocker and power buttons, along with an LED indicator. The power button doubles as a start/pause control in addition to the Bluetooth pairing, while the volume rocker also doubles as a forward and back song select. To achieve the latter, however, you have to “long press” the buttons, which at times takes a second too long to pick up. After a few days of usage, this becomes less of an issue.

If there is one downside to the overall build and design is that it doesn’t fold away, so it makes transport a bit of an issue at times. It still fits nicely into my bag, but I can imagine that for the standard laptop bag these days, there may not be sufficient space. Wearing it around your neck or on your head may then be the best option here. The headphones have a built-in battery, which allows for a charge by means of a micro USB port. The standard charger, however, won’t fit due to the deep inlet, so you’re left having to use the cable included in the contents. There’s also an auxiliary jack, which allows owners to use it when the battery dies and you’re not close to a charging point. iFrogz Coda headphones are fitted with 40mm drivers on each ear and deliver a good mix of lows, mid-range and highs to make for some really good audio playback. The volumes are very good as well. What I liked about the volume controls is that they’re independent of the source, which means you can set a specific level on either device and able to achieve loud sounds beyond what I was able to test without hurting my ears. In addition to that, the sound doesn’t break up at all under this stress, offering the same balance of clear sounds throughout. Pairing the Coda with my Samsung Galaxy S8 I was able to fine-tune the equaliser settings, which allowed me to adjust the sound to my liking. Even on the default flat settings, the sound reproduction is still good and had no issues with it throughout the review period.

The battery life on the headphones is also excellent. While the factory specifications suggest a duration of around 10 hours of playback, I haven’t yet had to charge the unit after the initial charge upon first use. At this stage, I’ve reached well over the 10-hour mark and approaching closer to 15 hours now. There may be a few reasons for this, the first being that my source device was always close by, often times less than a metre. The Bluetooth 4.1 support means that the device is able to reach well beyond the 10m mark, said to be closer to 100m. This means that there was never a need to boost the signal to reach these distances during playback. In addition to this, I only tested the call functionality a handful of occasions, so the battery drain wasn’t stretched here either. Speaking of calling functionality, the product has a built-in microphone, which allows you to receive calls without needing to take off the headphones when you do get a call. I was surprised at the quality of both the audio of the incoming call, as well as the speech from the mic on the other end of it. This makes it a pair of nice all-around headphones.

There’s not much in the way of wireless capabilities apart from the long-distance connectivity, as seen on the Beats Solo 3, but that’s to be expected. The Bluetooth integration on Android devices has not yet reached the level of the propriety wireless functionality on the iPhone, such as providing battery updates and the likes. Offering a good range of audio, simplistic design that’s very comfortable, along with great long-distance connectivity, I was pleasantly surprised at the capabilities of the iFrogz Coda Wireless Headphones. There’s a mix of pricing on the unit, depending on where you’re buying them, most of which are below the R1,000 mark (with Musica offering them for R699). That’s a really good price for a device that ticks quite a lot of the boxes. Provided they fit your style and comfort, I would definitely recommend a pair of these headphones if you’re in the market.