A new game called I Am Jesus Christ has popped up on the Steam store. The new title allows you to play as the Christian Messiah.

I Am Jesus Christ is being developed by SimulaM and published by PlayWay, the team behind popular offbeat simulators, like House FLipper and Car Mechanic Simulator.

As you could probably summarise from the title, the game puts you in the shoes, or shall we say sandals, of Jesus as He goes around performing various miracles.

The game will follow the events from the New Testament and will cover the period from Jesus’s baptism to his resurrection. Players will perform such miracles as curing the blind and multiplying fish to help feed the hungry.

I Am Jesus Christ also boasts an open world filled with opportunities to perform miracles. The trailer doesn’t reveal much beyond Jesus waving his hands to perform said miracles, so how exactly this mechanic will work is still unclear. Although performing these miracles in-game looks repetitive at best, it’s the battle with the Devil himself shown in one of the game’s screenshots that has us intrigued.

No official release date has been revealed for I Am Jesus Christ. All we know is that the game will be heading to Steam. 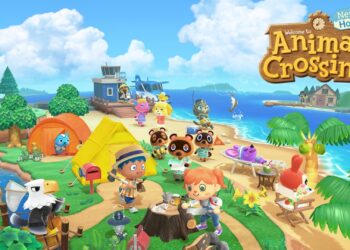