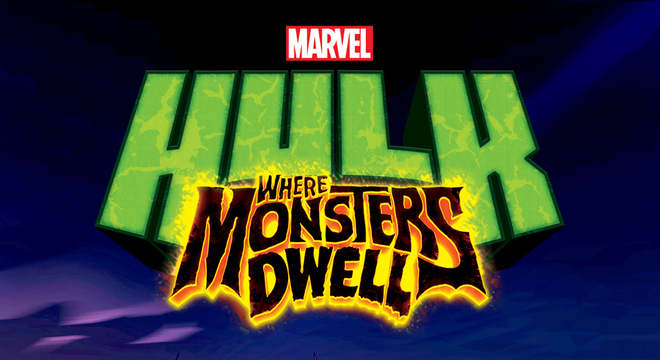 It’s Halloween, so what better time for Marvel to release its latest animated offering, Hulk: Where Monsters Dwell, featuring some of their top monsters and the green goliath himself, the ever-lovin’ Hulk? In Hulk: Where Monsters Dwell, when some kids go trick-or-treating at Doctor Strange’s Sanctum Sanctorum, they find the Sorcerer Supreme locked in combat with some nasty-looking monsters. However, the Hulk arrives to level the playing field. It isn’t quite as straightforward as that though because, the minute the action starts, the Hulk passes out and his body is replaced by that of Bruce Banner. It seems that something – or someone – has been causing this de-powered transformation at all the wrong times for the Hulk lately, and Strange thinks that it may be linked to some local children who have mutated into the monsters they’re fighting.

Recruiting the Howling Commandos (who at this stage haven’t actually taken that name yet) to watch over their physical bodies whilst Banner and Strange enter the realm of dreams, our heroes learn that their foe is none other than Nightmare. With Banner battling his alter-ego and Strange powerless against Nightmare, can they rescue the human souls of the children in time to restore them to their bodies? And will Man-Thing, a zombiefied Agent Sitwell, Warwolf and Vampire By Night manage to protect Banner’s physical form from the rage which dwells within him?

To have Doctor Strange as one of the two central characters in Hulk: Where Monsters Dwell is a pretty smart piece of timing, given the release of his live-action film. In fact, it also makes sense in terms of the story itself too, so it isn’t like it’s particularly forced. But if there’s one complaint regarding him in this, it’s that he seems so… ineffectual. Likewise, the Hulk and Banner’s duality is once again on display, and their understanding of each other is one of the core themes of this film, but this idea isn’t played out as well as it could be either.

Unlike other productions, in particular Hulk vs. Thor, their conflict is almost an insult to Banner. Especially since his dream self has to resort to physical violence to equal the Hulk, and worse than that is how he doesn’t even rely on his own intelligence but rather the product of another character. Hulk fans know that Banner is the real hero of the stories, but in Hulk: Where Monsters Dwell he isn’t shown at his best. Despite the rather weak story in Hulk: Where Monsters Dwell, there are still some rather neat little touches scattered about, including an ending which isn’t necessarily a happy one for all involved. But for every smart moment there’s also a bit of a lame one. The jokes revolving around Zombie Sitwell are so juvenile that it’s as if they’ve done all they can to eliminate every scary moment from Halloween itself, and any attempt at treating the situations seriously gets swept aside. Sure, this is probably aimed at kids, but this could have offered up something for everybody, including more mature fans.

This is especially strange (no pun intended) given the darker colouring on display here. Everything is so shaded in this that it’s sometimes hard to make out what’s happening in Hulk: Where Monsters Dwell, and it may leave you scrambling to change the lightness and contrast on your TV screen. The dark deco look may have worked for the classic Batman animated series, but here it just creates confusion at times.

In theory, this all should work. In practice, however, Hulk: Where Monsters Dwell is low on thrills and chills, and more of a weak trick than a proper Halloween treat. 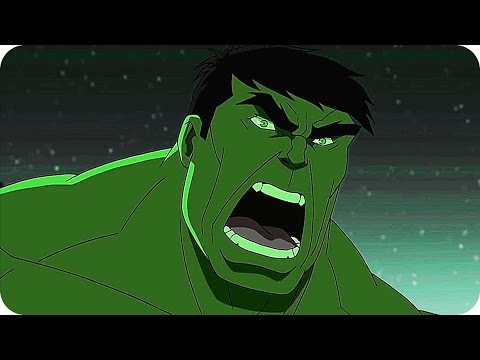