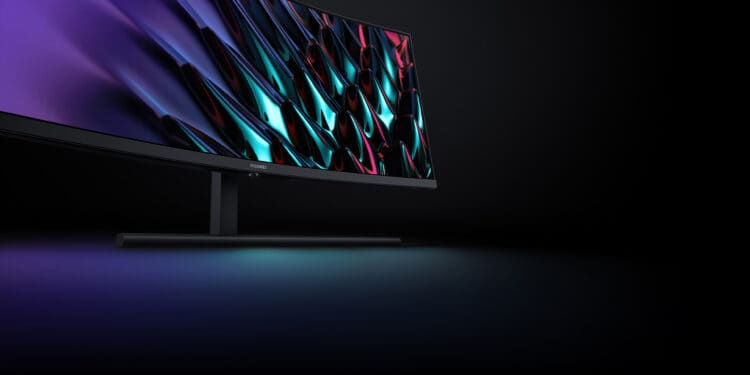 The world of gaming is forever evolving. These upgrades are seen across the spectrum, whether it be the humble mouse or a giant-killer graphics card. When users are looking to switch out their old components, there’s always a fine line between getting the best quality product for your hard-earned cash. At the end of 2021, Huawei announced its latest range of gaming monitors alongside the Nova Y60 smartphone. One of these is the Huawei MateView GT 34” monitor.

The MateView GT is a curved monitor, which comes standard with a built-in soundbar. While Huawei has released a few monitors in the past, this is its first global launch of any significance, especially in South Africa. Given its slightly unique form factor, how will it fare in the market? More importantly, is the Huawei MateView GT 34” curved monitor any good? When unboxing the unit, you’ll soon realise its size. It’s quite a large unit, both in terms of size and weight. What makes the monitor unique is the addition of the soundbar. This is fitted to the bottom device and actually forms part of the base stand to balance it.

Even better than just its inclusion, the soundbar has a touch panel to increase and decrease volume. This same touch panel is also the volume level indicator, which is visible as a white line across the soundbar, so you’ll always know at what volume the unit is playing. You can also change the lighting option, for which there are eight to cycle through.

Unlike many other gaming monitors on the market, the Huawei MateView GT 34” curved monitor is flamboyant. That’s not to say it doesn’t look great. The curved screen is beautiful to look at, while the added soundbar at the bottom adds to the design quality as well. The rear of the screen is largely empty, with only the Huawei logo featured in large on the top end.

That said, while many other gaming units do feature some great designs on the rear of the device (such as the ASUS ROG Swift), if you sit to think about it, you’ll never really get to see if – since most devices are positioned close to a wall with no view of the rear end.

The stand is quite tall, which allows for about 110mm of travel from top to bottom. This is more than sufficient when adjusting your monitor, as it can lift higher than your laptop lid if need be. In addition to this, it also has 25° of tilt (5 forward and 20 back), while also supporting 100mm VESA mounting if you require it.

Although the Huawei MateView GT 34” curved monitor may not be the most lavish of designs, it still looks great. Its plastic build is also quite solid and never felt worried that it would have any issues when moving or lifting the unit. The stand is crafted in metal for that extra support, which also gives you peace of mind. 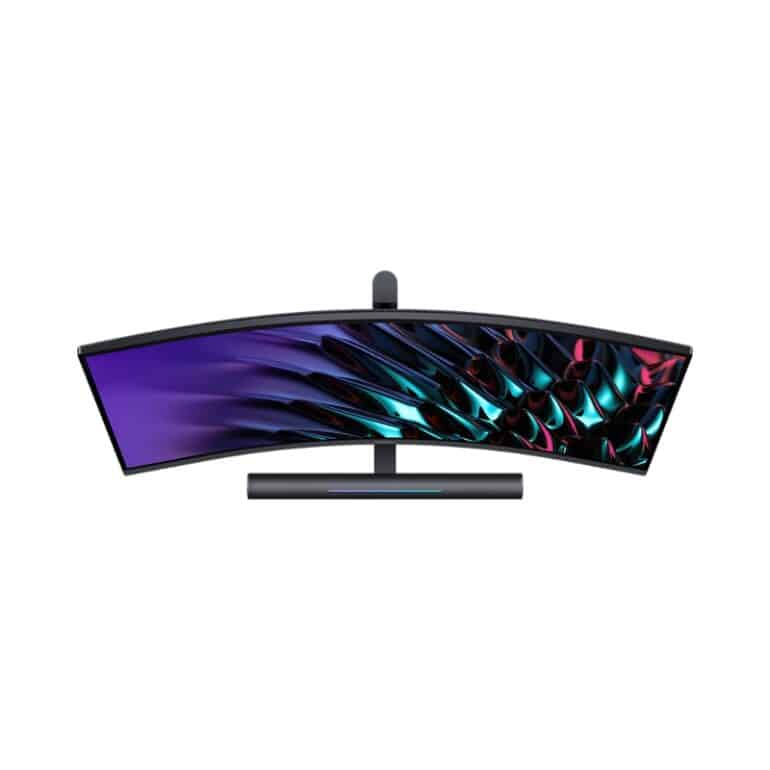 When it comes to specifications, there are quite a few to get through on the Huawei MateView GT. The unit sports a 34” screen, which is a VA panel. Additionally, the screen has a curvature measured at 1,500R along with a 165Hz refresh rate. It has a 3440x1440px resolution display, which provides a 21:9 aspect ratio and supports HDR.

The colour gamut provides a solid range for most users. It’s not quite up to the levels for those working in the design industry where above 95% would be more adequate for your needs. However, given that this is labelled as a gaming monitor, it does a fair job across the colour palette, even if you do dabble with some design work.

Finally, the unit also supports AMD FreeSync Premium adaptive sync technology to prevent screen tearing. This can be utilised on both AMD and Nvidia GPUs. 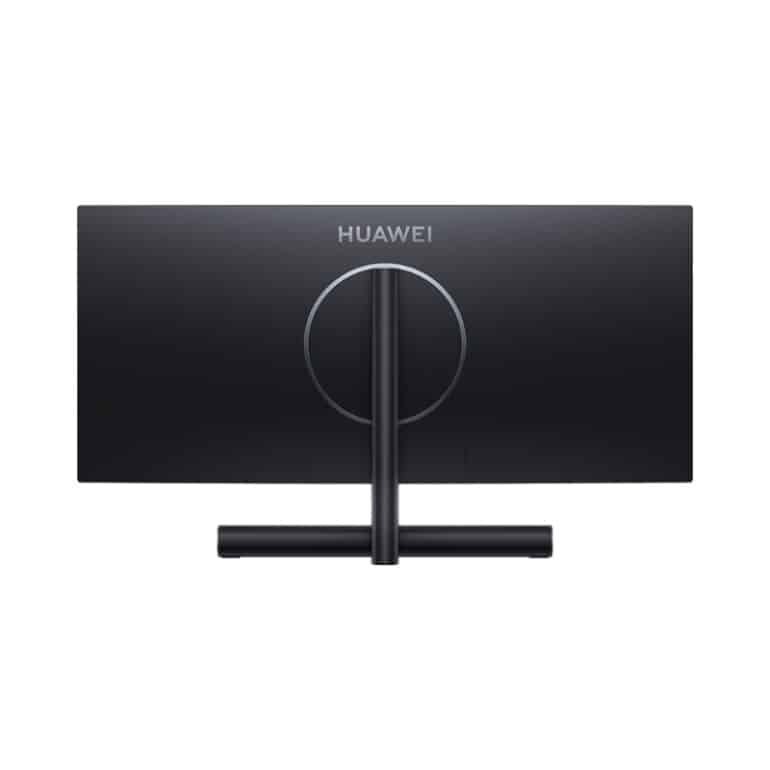 Setup and First Use

Setting up the unit is straightforward enough once you have the correct cabling. Firstly, you’ll connect the screen to the stand. It just slides in on the rear and then clicks into place. It’s not complicated by any means.

Thereafter, you’ll then need to plug in the cables. When it comes to the connectivity options, there are a few choices on the rear. First, there’s the standard DisplayPort connection. This is coupled with x2 HDMI 2.0 ports. Next to that is the Type-C USB port, which is used to power the monitor by means of the included power supply. There’s also a second Type-C port on the other end, which allows for connectivity, data transfer and even 10W charging of your smartphone. Lastly, there’s the 3.5mm headset and microphone 2-in-1 jack.

It’s worth noting that you may need to update your HDMI cables if you’re using some older versions. I have a mix of new and old HDMI cables with the Huawei MateView GT 34” curved monitor, and only those that supported the new HDMI 2.0 standard would work without any issues. Using the older cables resulted in either flickering or specks visible on screen, or even both at the same time.

In addition to this, the limitations of HDMI 2.0 also means that the resolution and refresh rate is limited to 344x 1440px at 100Hz. If you’re looking to bump this up to 165Hz, you’ll need to use a DP cable instead.

Despite all the features and specifications of the Huawei MateView GT 34” curved monitor, there’s still a lot of work required to get the performance the way you like it. This is especially true when switching between console and PC use.

For starters, the resolution is perfectly suited for PC gaming use. However, when using the monitor with your Xbox or PlayStation, it doesn’t support the additional wide-screen option. Instead, you’ll have two options. Either use it as is, which means that some real estate on the sides will be left empty, or adjust the image via the native settings menu to stretch the picture. Choosing this option, however, created a bit of pixelation when playing games.

Again, HDR on PC is supported quite easily. On consoles, this isn’t the case. Despite numerous hours spent tinkering with the settings and using the correct cabling, I wasn’t able to get this setup as required. The HDR itself is a bit on the darker side. While you are able to increase the brightness via the screen settings, it washes out the image just a tad.

And, finally, the refresh rate of 165Hz is not supported on consoles either. Using HDMI I was limited to just 60Hz, and a small bump to 90Hz when using DP. However, on the PC using HDMI you have 100Hz support and up to 165Hz using DP. It’s a really strange configuration that I couldn’t quite work out, even after a few days playing around with various options to get things to work as they should. There’s not a lot of online material to troubleshoot either, so I had to go it alone to get the best out of the monitor.

In terms of the audio from the soundbar, it gets the job done. It includes two 5W speakers inside, which provides stereo sound. For those with an existing surround sound setup at home, you may not require the addition of the soundbar in that case. The sound quality is also quite good. The midrange is the most powerful, although it does lack somewhat when it comes to bass levels. The volume can get fairly loud, especially using the console. I often kept the sound to around 10, while it is capable of being blasted all the way up to 100, which I wasn’t able to get close to on the point of it being way too loud. In comparison to conventional TV soundbars, it’s not quite on the same level. That said, you’re sitting much closer to the monitor than your TV, so there’s no need for it to be as punchy.

What’s cool about the Huawei MateView GT 34” curved monitor is that it also includes a dual microphone. This means that there is some degree of noise cancellation happening in BTS, although there isn’t much mention of this anywhere in the documentation. Testing some recording options, the unit does the basics well enough. It can record up to four metres away using far-field audio. The recordings aren’t half bad either. 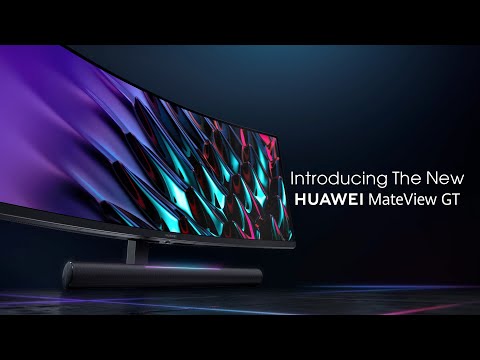 Should You Purchase The Huawei MateView GT 34” Monitor?

There’s a lot to love about the Huawei MateView GT 34” curved monitor. Its curvature is one of the more engaging I’ve reviewed in recent years, especially given the aspect ratio. While the colour reproduction is solid, it lacks a bit of brightness, especially when using the HDR feature. Additionally, it also doesn’t support some of the features when using your console, even the next-generation Xbox Series X or PS5. Personally, the unit is geared towards the PC gamer, which would find far more value with the unit as a gaming monitor than consoler gamers.

The monitor carries a recommended retail price of R13,999. Compared to other curved monitors with HDR and 120Hz+ support, this is quite the bargain. It’s not quite 4K, but very close. Given the price of other monitors offering similar specifications at double the price, the Huawei MateView GT is a steal.

The Huawei MateView GT 34” curved monitor offers great immersion with its ultra-wide screen configuration, high refresh rates, great contrast and HDR support. However, it’s not able to replicate this quality on your console as with your gaming PC. However, at a ridiculously low price in comparison to similarly specced monitors, it’s quite the steal.