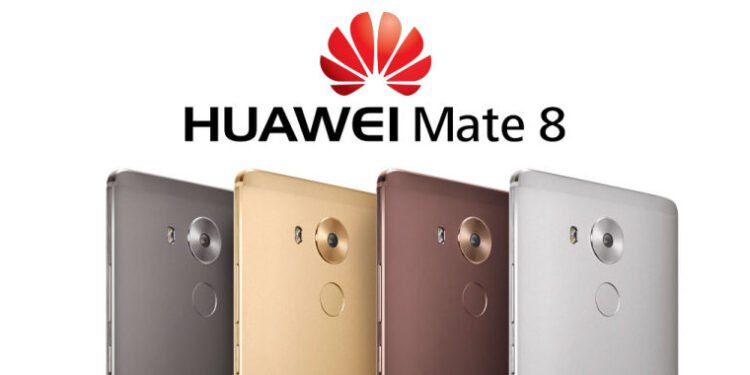 The previous two years has seen the rise of the Chinese smartphone manufacturer. The likes of Huawei, Xiaomi the standout amongst the pack. It is the former manufacturer that has lead the race this past year, however, surpassing many expectations to jump into 3rd place on the global market, and 1st in China. While Huawei is arguably the most recognised outside of their mainland, they were lying in mid-table in their local market. With quality, beautifully crafted, metal smartphones such as the G8, Mate S and P8 in recent months, Huawei has made significant strides in addressing notions of shady devices of old. And, now, the company has introduced the Huawei Mate 8 into the South African market.

The growth of Huawei has been made even more impressive on the back of their exit from the US market in 2013 after allegations of Chinese government liaison and spying, and has been so significant it couldn’t be ignored, even by Google. With Huawei having shipped 100 million units in 2015, it wasn’t a major shock when Google released a Huawei flagship device in the form of the Nexus 6P, the first for any Chinese OEM. Despite being a tad late on our shores, the Mate 8 still has a lot to offer over and above its good looks, a surprising punch in the face for both Samsung and Apple. Read ahead to find out why.

With the launch of the Huawei P7, the company took a few huge strides forward with the design and quality of their premium smartphones. With the resemblance of the Mate S, the Mate 8 continues in the line of good-looking devices recently, even on the much larger 6″ scale. The combination of brushed metal, glass and a few other high quality materials, makes it look good and feel as impressive in hand. The unit is 7.9mm in thickness, and with the chamfered edges looks all the more sleek. While the device is fairly large, measuring 157.1mm in length, it isn’t uncomfortable to hold, with the slightly rounded rear neatly cupping your hands.

In terms of its layout, it follows the latest Huawei convention, so if you’ve previously used any of their phones in the past year or two, it won’t feel out of place. At 185g, the unit is lightweight by comparison to its competitors of the same screen size. The build is highlighted again here, as it doesn’t feel as if you’re hold something that is much heavier than your standard 5″ device, with a good weight distribution. The rear camera is slightly oversized, while also raised from the rear by about half a millimetre. At the same time, the fingerprint sensor is recessed by the same amount into the rear. The two contrasts blend together for both style and function, as you’ll be able to easily identify which is which when you’re operating the gesture-enabled fingerprint sensor. While there are great similarities between the previous Ascend Mate7 and the Mate 8, Huawei have made some small, but effective changes that really make the latter look and feel a lot more premium. As with the Mate7, the Mate 8 is a fairly large device, mostly thanks to its rather large screen. The 6″ screen has a full HD resolution, which, however, is only 1080x1920px at a screen density of 368ppi. While this isn’t at all bad, it is worth noting that most leading flagships of 2015 and 2016 have progressed beyond this to, for example, 1440x2560px resolution. There are positive notes on the 1080p resolution, for starters that it is less resource intensive, but given what lies under the hood, which we’ll discuss later, it shouldn’t really be a concern.

The device uses an IPS-NEO LCD panel, manufactured by JDI, and is said to deliver much deeper blacks. Colours, contrast and brightness are not at all an issue on the Mate 8, which looks stunning without calling its resolution to question. Thus, at the end of the day, the display on the Mate 8 isn’t worth writing home about, but it does get the job done without having any major flaws in isolation.

Performance levels on smartphones may be considered largely overkill, but it isn’t something that will be overlooked when rating or reviewing any such device. Huawei has fitted the, then, latest HiSilicon Kirin 950 chipset into the Mate 8. This Huawei in-house production has evolved over the years, and, when launched globally, was one of the most significant chipsets on the market. This Octa-core chip is made up of a Quad-core 2.3 GHz Cortex-A72 CPU and a quad-core 1.8 GHz Cortex A53 CPU. Putting it through its paces on the leading benchmark tests and what you’re left with is quite remarkable. The Kirin 950 outperformed most, if not all, other smartphone CPUs at the time of its launch, beating the likes of the Note5, Nexus 6P and even the iPhone 6S Plus. Quite a feat for an unassuming Huawei smartphone.

As such, the daily operational usage of the is crisp, fast and efficient. And no point during my review period did I experience any lag or jitter from any animation or scroll. It was simply a joy to operate. With all this power at your fingertips it wouldn’t be far-fetched to expect the battery life to suffer as a result, but it doesn’t. The 4000mAh battery is substantial, mostly thanks to the large sized frame and display. Huawei estimates that a quick 30 minute charge is sufficient to last a full day, while the full charge would take around 2 and a half hours to complete. During my testing, operating the device with low to mild usage would allow for usage of 3 or 4 days, whereas normal usage, as I would my daily driver, would last me a full 2 days between charging, which is simply outstanding for the screen size and CPU performance. As with many devices, it can’t always be perfect, and often where there are exceptional scores on one end, there’s bound to be another aspect that suffers. Unfortunately, this is the case with the Mate 8. It is far from a perfect device, mostly in part to the software and camera performances. The Mate 8 runs Android 6.0 Marshmallow, but still doesn’t quite feel like any other Android device. For most, having the same Android experience across devices isn’t ideal, but when there are so many great features on the vanilla build of an OS, it’s hard to explain why it is necessary to release Huawei’s EmotionUI v4.0 with such an overhaul. There are still some well placed additions to the OS, such as the ever-changing lockscreen wallpaper, which provides users with a really good photo on the lockscreen whenever you turn on your screen. Another noteworthy aspect of the OS is the multi-window feature, which doesn’t quite resemble what Samsung has added to the Note’s OS, but along the same lines. The only issue here is that it isn’t quite as flawless as one would have hoped.

If there’s one aspect of any Chinese manufactured smartphone that one would expect to perform at the highest standard, it would be the camera. The performance of the camera on the Mate 8, while adequate, is far from industry leading. Fitted to the rear is a 1/2.8″ sensor with a 16MP resolution camera, developed by Sony. Software-wise, Huawei has included optical image stabilisation, face detection and auto focus, to name a few. But when it comes down to the quality, photos lack the detail and texture of other leading contenders, with the added annoyance of some graining and noise in anything that is not full brightness. Images in broad daylight, however, look a lot better, although the colours aren’t as vivid as is the case on previous Huawei devices. But while detail and texture are difficult to substitute, brighter colours is only a short edit away, in most cases. Still, this isn’t ideal for photos and uploads on the go. Comparatively, the front-facing 8MP seems a lot more on par, if not better, than many other front-facing cameras. There is little noise, good colours, and sufficient detail, although it must be added that most front-facing cameras are often used for much closer photos in the form of selfies. When recording video, the Mate 8 is able to record in 1080p resolution in both 30 and 60fps. But they do miss a beat by not allowing for 4K recording with the rear camera. There are many gripes to be had about the poor camera performance and oddly positioned OS, but there are still a lot more positives that outweigh those insights. The chipset with its Octa-core, 64-bit CPU is an industry leading benchmark for many other competitors, and delivers a stern warning to the likes of Samsung and Apple. Not only has Huawei managed to compete in the global market, it is also leading the way in China, while, at the same time, offering really good performance and quality design for many of the smartphone releases.

The biggest problem I have with the Mate 8 is its late arrival in the South African market, a mere weeks before the Huawei P9 is said to launch on our shores, which also includes the Leica camera technology. The Mate 8 is expected to provide an alternate in the business phablet space, and not compete in the same territory as the P9, but from a consumer perspective, these factors aren’t what decisions for purchasing a smartphone is based upon. That said, the Mate 8 is a beautifully crafted device with a beast under the hood. Overall, it is a safe bet that Huawei will continue to shake up the market in the coming months and years ahead. 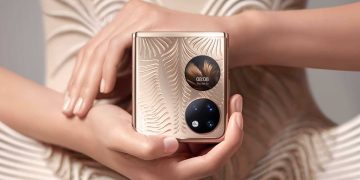