At a small gathering at the Huawei Offices in Woodmead, the local team, led by Huawei South Africa CTO Akhram Mohamed, launched their latest mid-range smartphone, the Huawei Y9 Prime 2019. The new smartphone takes aim at the mid-range market by offering flagship features, which includes its showpiece feature, the pop-up selfie camera.

Without beating around the bush too much, the launch takes direct aim at Samsung’s Galaxy A series, launched earlier this year.

While the unit features a triple-lens, rear-facing camera, it is the front-facing selfie camera, which is the showpiece in this case. The camera itself is a pop-up unit, which doesn’t take up any viewing space on the display.

A number of features are also built into the camera to make it as robust as possible. These include the AI drop detection, which slides the camera back into the main device chassis once it picks up the threat of it dropping. The camera is also able to support up to 15KG of weight on it to emphasise its robustness.

Knowing that customers will be cautious about buying a device with a mechanical moving part in fear of potential issues, Huawei has confirmed that the Y9 Prime underwent rigorous testing before launch, guaranteeing up to 100,000 uses of the pop-up camera. That makes for a total of 9 years with an average of 30 selfies (opening and closing the camera) per day.

In addition to this, Huawei has offered South African consumers one free replacement of the pop-up camera, which covers accidental damage, valued at R799.

In terms of the other specifications sported on the Y9 Prime 2019, they include the following:

The Huawei P9 Prime 2019 carries a RRP of R5,399 (less than half that of the Galaxy A80) and is currently available for pre-order at the Huawei online store, available in Black, Blue and Green. 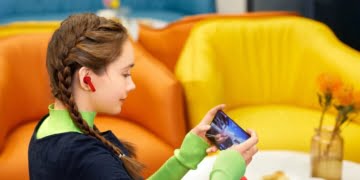