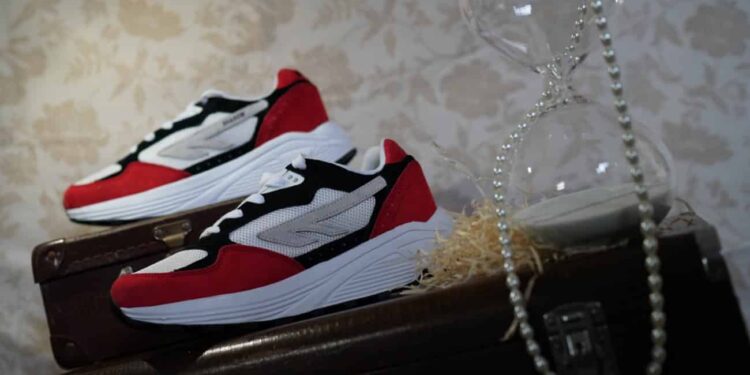 In November last year, Hi-Tec Sports SA announced that the latest collection of HTS74 sneakers would be dropping in December 2018, just ahead of Christmas. Already owning a pair of the Badwater 146 silhouette, I was excited about the announcement. The Badwater 146 is quite a unique and standout sneaker, which has often turned heads whenever I’d be sporting them around town. With the drop of the Retro SS18 Collection, built upon classic 1990’s Hi-Tec silhouettes from the Outdoor Adventure Racing Series, I was excited to cop a pair of the Hi-Tec HTS74 Silver Shadow RGS sneakers and decided upon the Fiery Red/Black/Nimbus colourway. 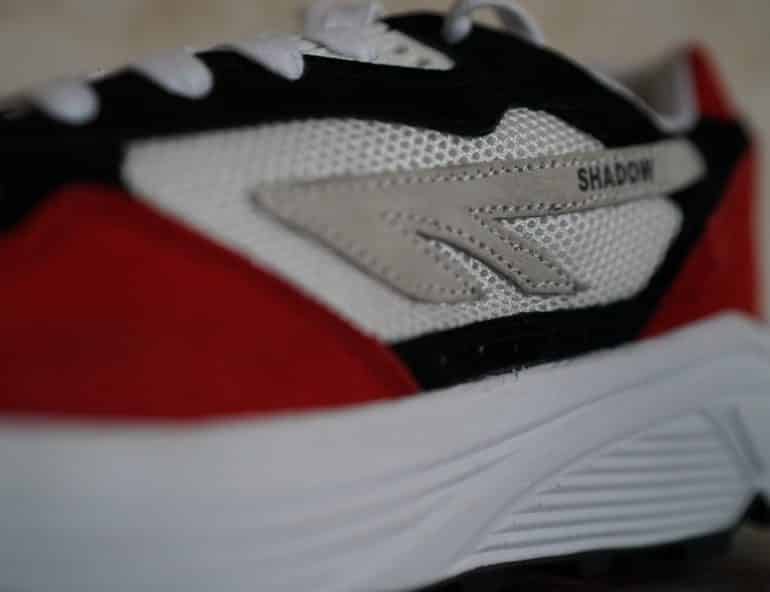 With the rise of the classic silhouettes, chunky sneakers and the likes, more on more brands wish to cash in on the trend. That said, not all sneakers are created equal and not all of them are quality or have aesthetic appeal. The HTS74 range, however, not only taps into its rich archives, but delivers silhouettes near identical to the originals dating back almost 30 years.

As with the Badwater 146 silhouette, the Hi-Tec HTS74 Silver Shadow RGS also turns a few heads along with a double take or two. They’re far from conventional. The unique design, along with the curiosity of the Hi-Tec brand easily makes the silhouette stand out from the rest. While the questions were more of the same as well, there was a lot more curiosity this time around. It’s worth noting, however, that while many older folks are familiar with the brand, there were a few youngsters who only associate the Hi-Tec logo with the outdoors, not knowing some of the history.

While the silhouette is available in various colourways, the Fiery Red/Black/Nimbus was by far the most standout to me, personally. The upper is made from a mix of materials ranging from suede to a breathable mesh. The majority suede finishes are presented in the fiery red and black panels, as well as Nimbus grey “harpoon” logo on both sides of the upper. The text “SHADOW” appears in black on the outer sides of the upper. The suede panels surround the mesh material, which appears on either side of the silhouette, as well as on the toe vamp. The heel counter, heel tab and toe cap areas are covered in the fiery red suede material to bring out the look of the Silver Shadow RGS. The black suede extends from the eye stay and eyelets across the silhouette to bring the design together.

The midsole is fairly thick and pronounced. While it looks minimalistic in all white, there are numerous lines on it to create a flow pattern. The outer sole has quite a lot of grip, with tread patterns similar to many of Hi-Tec’s outdoor range. It has a noticeable curved shape from heel to toe, with a slit on the heel end to disperse standing water, which was designed for better traction for running. There are also quite a number of small details scattered throughout the design of the shoe, which includes the reflective circular cut-outs on the heel tab and just above the midsole. There are a few additional branding and logos on the heel, heel tab, the tongue and inner sole. 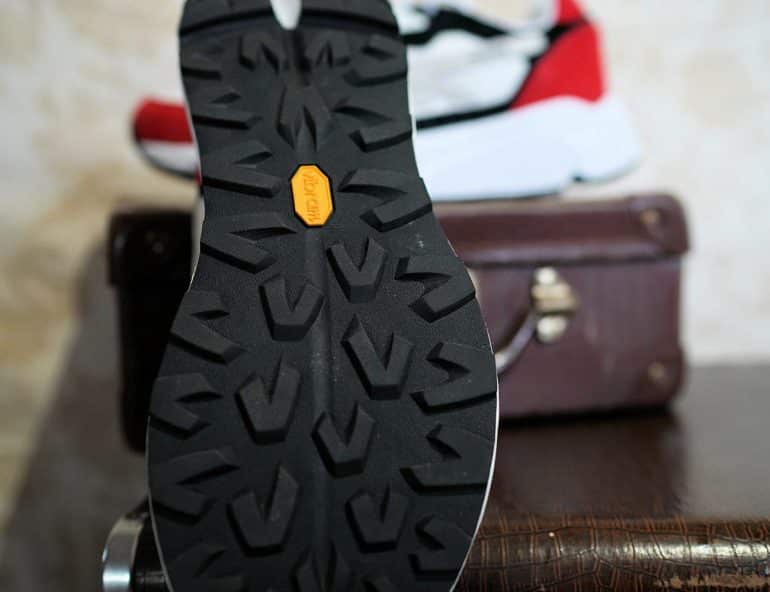 I mentioned earlier that the Hi-Tec HTS74 Silver Shadow sneaker, as well as the other HTS74 range, remain fairly true to their origins. The one update on the silhouette is the inclusion of the Vibram® RGS sole, a lightweight outsole, which Hi-Tec developed in partnership with Vibram in 2011. RGS, which stands for Rollin Gait System, is a combination of the midsole and outsole, which supports natural movement of the foot in order to reduce muscle fatigue. The technology was originally designed in reference to the structure of a tyre, which curves with the foot to absorb shock on impact.

As mentioned previously, this is noticeable by means of the curvature of the design. The RGS sole has been around for quite a few years and apart from being featured on Hi-Tec’s own rugged silhouettes (as indicated by the yellow logo underneath the outer sole), has also been seen on many high-end fashion designs over the years, including the recently launched Off-White sneakers. The Vibram sole has proven itself worthy as the go-to cushioning technology in the industry and continues to do so with the Silver Shadow. And it’s no wonder, it’s very comfortable over longer periods. It does, however, take some getting used when first slipping them on and walking out the house, but they’ll soon blend into your every stride.

Falling into the category of the chunky sneaker, the Hi-Tec HTS74 Silver Shadow is by no means a streamlined silhouette. Instead, it’s quite pronounced and very noticeable in its size. Even by means of elevation, it feels I’m wearing a small platform heel to boost my height, which isn’t a bad thing. While the unit was originally designed as a runner, I was in no mood to test out this theory and potentially picking up a few scratches along the way. Judging by the smoothness in my stride while wearing the sneakers, however, I’m fairly confident that they’re more than equipped to handle the roads, as the running tech has already proven itself on other Hi-Tec silhouettes.

There’s quite a lot of padding on the inside as well, along with the inner sole being comfortable, too. My feet feel snug when fitted, with no need to tie the laces any further than already being laced up. With the breathable mesh outer, I didn’t feel any additional levels of discomfort from sweat during prolonged wears, even in the crazy heat South Africans experienced over December. 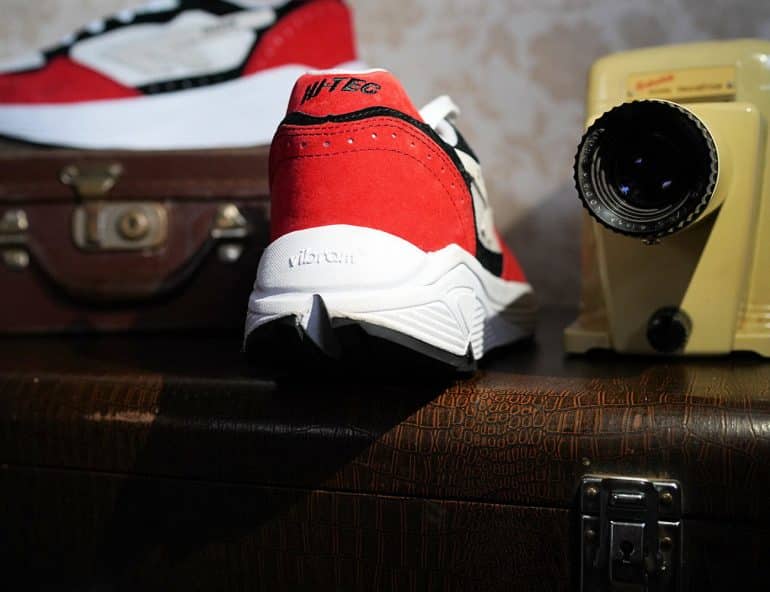 The Hi-Tec HTS74 Silver Shadow RGS Fiery Red/Black/Nimbus is as comfortable as it is aesthetically pleasing. While I’ve always been a fan of the OG sneakers with modern influences, I wasn’t a big fan of the chunky silhouette. The Silver Shadow, however, has changed my views on the category of sneaker, looking the part as well. The silhouette is available from HTS74.co.za as well as via the Jack Lemkus online retail store, which retails for R2,299.

The rest of the SS18 HTS74 collection is also currently available via the online store, with the HTS Shadow RGS and HTS BW 146 ABC silhouettes also available at Jack Lemkus.

HTS Silver Shadow RGS is as aesthetically pleasing as it is comfortable. One of the first chunky silhouettes I've truly liked.