HTC One M9: Review – One of the Best Smartphones Around 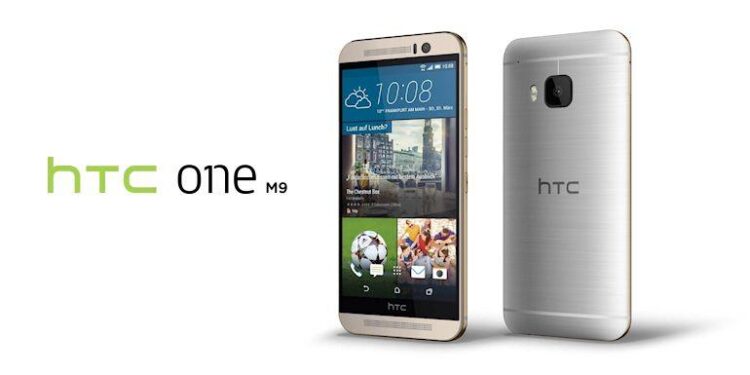 So they’re finally here. We’ve seen all the big announcements from the major OEMs regarding their latest round of flagship smartphones for 2015. While Q1 may have been slow in terms of actual availability of any new handsets, the space is heating up quite nicely. A plethora of choice for the prospective buyer. FoS will bring you (separate) reviews for both the HTC One M9 and the Samsung Galaxy S6 in the coming days, and perhaps a more in depth comparison at a later stage if you’re still pressed for choice.

Although many would deem 2012 as the year the first One was launched by HTC, the title was first used on the HTC Nexus One, the very first Google Nexus smartphone sold to the public. HTC launched the One M9 two weeks ago at an event at Ten Bompas Hotel, Johannesburg, and it was clear to see the acceptance of the unit amongst media, as well as the passion driving the marketing team for HTC. But, as with the M8 and the M7, the One’s success doesn’t lie in evident quality, but rather how it will be perceived and received by the public, a great responsibility for the respective marketing teams. Nevertheless, these facts matter naught when it comes down to a review, which is where we’re heading now. The Taiwanese OEM managed to produce one of the best smartphones of 2014, we hope to see more of the same. If it isn’t broke, why fix it? The old adage rings true with HTC’s take on design philosophy for the M9. While certain improvements have been made, the basis remains predominantly the same. That’s all good for those in the market for a new smartphones, that is, unless you already own the M8. That said, the M9 is definitely in contention for best looking smartphone currently, and I can’t see much changing between now and year end when all major players have made their bets.

Design-wise, as I’ve already mentioned, the changes over this year’s model and that of 2014 are slight, so let’s look at the hard facts before the discussing its pleasant aesthetics. The M9 measures 144.6×69.7×9.6mm vs the M8’s 146.4×70.6×9.4mm. To make things easier, the differences are 1.8x-0.9×0.2mm. The M8 then both shorter and thinner, while the M9 is narrower. Weight-wise, the M9 weighs 157g and the M8 160g. A total difference of 0.3g in favour of the M9. Not much, then, in the way of dimensions and weight. What have the designers been doing this past year you ask? Well, it would seem they’ve spent a lot of this time fine-tuning the metal elements of the unit, while at the same time still managing to keep the additional weight of the increased metal down a minimum. And it’s paid off. HTC has termed its design “jewellery-grade”, and you’ll be hard-pressed to argue this fact, even more impressive that each unit is hand-finished by craftsmen. The unit has a two-tone metal finish, with a silver aluminium chassis and rose gold trimming on the surrounding edges (on the review unit we received). Looking at the other colour variants, you won’t find the same level of prestige as with the silver and gold package. Flashing the unit in public immediately gets some sort of a response. While many techies stressing the same look as the M8, the more general public in awe of the build quality. No need here for a separate “gold” or “rose gold” versions we often observe OEMs producing as gimmick to push up sales.

A side-by-side comparison reveals a few additional adjustments to the build. For starters, the microSD card slot moves over to the right, leaving the nanoSIM slot alone on the left, both of which requiring a pin to open. While the left side remains largely clean, the volume and power buttons are all on the right, each separated by the smallest of spaces. The separate volume up and down buttons make it hard to distinguish between it and the power button that resides halfway down the side. The microUSB port and 3.5mm audio jack are still fitted to the bottom with the infrared sensor on the top. The front of the unit also remains untouched, the BoomSound audio speakers on the top and bottom of the screen, with the front-facing camera and proximity sensor to its left. The rear also doesn’t receive much of a change, except for a slightly larger camera, now a 20MP sensor, with the same dual-LED flash to its left. In short, then, what you have is the same build, just a more premium looking metal body. And I love that. The M8 was fitted with the industry leading display standard at the time, a 5” screen with Full HD 1080p Super LCD resolution with 441 ppi, protected with Corning’s Gorilla Glass 3. The difference? The screen is now protected by Gorilla Glass 4, with a small improvement in brightness. Yes, that’s it. The screen-to-body ratio does increase, now at 68.4% over 66.7% previously, but that’s a matter of build and nothing to do with the screen or display. While most of the world has successfully moved to 2K displays providing more colour and brightness, along with excellent image clarity, the M9 didn’t follow suit. That said, the sharpness, brightness and extreme viewing angles still makes viewing a pleasure.

At this point, it is worth noting that very little has changed between the M9 and M8. Over the course of a full year, though, we wouldn’t have expected the hardware below the surface to remain the same, given Qualcomm’s SoC advancements during this time. HTC has fitted one of the latest available chips, the Qualcomm Snapdragon 810, which has Octo-Core 64-bit architecture. This is split into two sets of Quad-Core CPUs, a 1.5GHz Cortex-A53 and 2GHz Cortex-A57, all of which reside alongside the Adreno 430 GPU and 3GB of RAM. Performance, then, is quite snappy, with no lag to speak of at all.

Efficiency on the new chipset is also brought to the forefront of discussions, as the full metal body is rumoured to keep more of its heat over the normally plastic, polycarbonate builds. While heating is noticeable on the M9, it isn’t what you’ll call uncomfortable, even when putting the device through its paces running the CPU at max for an extended time. Overall results show the chip at 20-30% of an improvement over last year’s model (at a minimum), and although the battery has a few more mAhs under its belt (2840mAh vs. 2600mAh), it lasts quite a bit longer than M8, and can easily breeze through a day of normal use.

HTC has swapped out its rear-facing Ultra-pixel camera for a more conventional 20.7MP camera. This is more in line with public perception and requirement over what actually works better in the end. More MP to boast means bigger impact to the average end-user. But things aren’t always so simple, which is why HTC has spent a great deal of effort in getting their camera to capture brighter, more colourful images with its sensor. The previous 4MP Ultra-Pixel tech hasn’t been discarded, however. It has been moved to the front of the device, so users can get the best of both worlds, choosing whichever matches their preference. And that’s the difference between the rear- and front-facing cameras. The latter would be more suited for greater detail and resolution, while the former better for selfies. The front-facing camera, then, increases the amount of light in the image, which, in turn, means less noise and grain, resulting in clearer selfies, even in low light conditions. While the M8 included a nifty feature with its Dual-Camera for “3D” photos, this was nothing more than a gimmick, and couldn’t be viewed on any other platform other than the HTC One M8. The M8 came pre-installed with Sense 5.0, while its soon to be released Lollipop upgrade will see a jump to Sense 6.0. The M9 skips all this with a jump straight to Sense 7.0 UI. HTC has confirmed the M8 will receive the Sense 7.0 upgrade later this year, so users won’t feel left behind. As on the M8, the Sense UI is stripped out to almost vanilla build, with still a few trademark HTC touches observable. Staying true to the UI, dating back more than 5 years, the app drawer still scrolls vertically. In addition, Blinkfeed has its dedicated screen to the left, with HTC refining the original approach with more websites and social platforms to integrate. Other minor upgrades include the photo editor and Sense Home widgets, to name a few.

Where Sense 7.0 comes to the fore over previous builds is its ability to almost fully customise the experience and looks, most of which are derived from the Themes software. Although the feature appears similar to what Huawei has since it joined the Android party, but with a few HTC tweaks of their own. For starters, all themes are available for free, although this may not always remain the case. Users can also adjust everything separately from wallpapers, icons, sounds, and fonts. Creating your own theme is also just as easy, with features including adding a background of your choosing, or taking a photo on the spot, with the Theme software then suggesting colour schemes and icons to match the colour palette of the image. You can even take to the Web to create your theme. This sort of customisation is truly what HTC are after with Sensse 7.0 UI, focusing on personal user experience over other bloatware elements that often aren’t used. The problem with developing a really good, if not great, smartphone is that you’re expected to improve on it in subsequent years. This has often been the pitfall for most OEMs, and it’s not different with HTC. What they’ve released here is not something revolutionary, and barely makes the cut to be called evolutionary as well. Minus the internals, you’re left with almost an identical phone, and these days there’s only so much an extra Ghz can provide in terms of experience given Google’s ongoing quest for butter smoothness. If you already own the M8, a near flawless device for 2014, it would be advisable to stick it out until the upgrade to Sense 7.0 UI. We’re hoping that HTC provides the same level of UX, and avoid what we’ve come to expect in the car manufacturing industry, limiting one car for the sake of expecting buyers to purchase the higher end model.

The HTC One M9 is set to be released to the market in South Africa this June, so there’s no word yet on official pricing. Again, as with the M8, HTC tick almost all the right boxes on the M9, with very little actual faults and flaws to report. It would have been an even more attractive buy had the unit been fitted with a 2K display, but I wonder whether this is a major selling point to the public. The battle continues for Android smartphone supremacy, but given the trend of results, it isn’t difficult to guess which comes out on top. But I’ll wait on drawing a full conclusion as to which is currently the best smartphone to purchase at this point, the Note 4 still remains in contention some 6 months after its release.