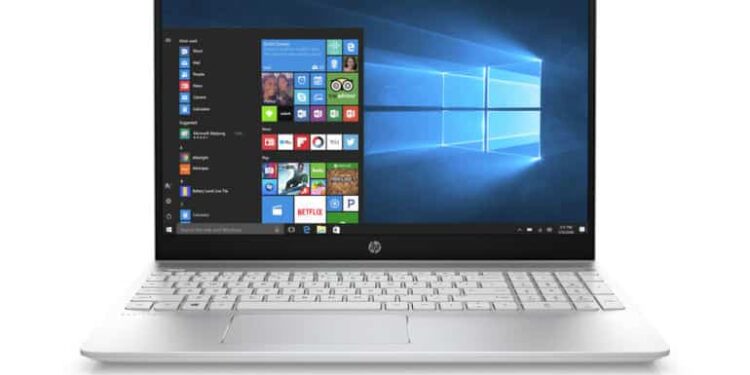 Over the years, HP has launched numerous iterations of the Pavilion range across various segments as well, from business to gaming. The Pavilion brand features have always featured a strong line-up of laptops across the mid-range sector, with each improving on the last. We’ve already featured a few of these iterations on FoS, including last year’s HP Pavilion Gaming Notebook, and variants such as the HP Pavilion TouchSmart 11. HP has labelled this latest iteration of the Pavilion as more than just a simple upgrade over last year’s version. While its predecessor had a number of shortcomings, namely the battery life, the question remains whether the 2018 variant has improved sufficiently to make it necessary to upgrade or purchase if you’re a first-time buyer. 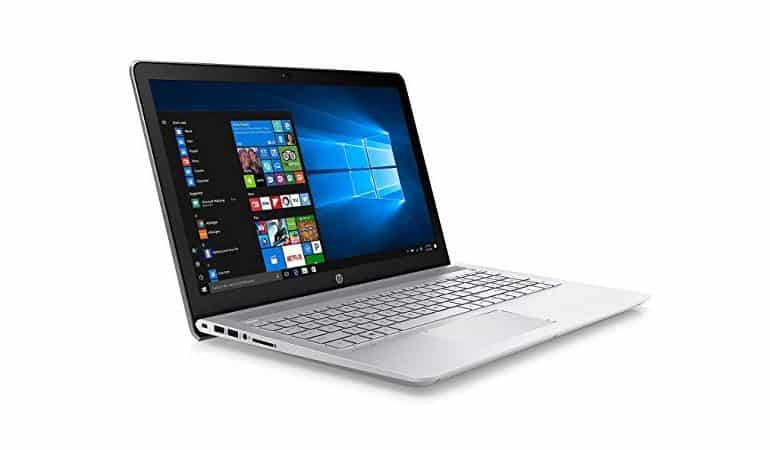 As with previous iterations of the Pavilion, the design here is fairly simplistic. There are, however, a few notable changes. The biggest change in terms of the design is the move from rounded edges to a more squared approach. The sharper edges and frames provide a somewhat cleaner look. The design keeps its matte finish, built from aluminium-like plastics to give it it’s premium look and feel. The new design aligns the Pavilion range more with their more premium products in the Spectre, Envy and the likes, which provide a unibody approach with metallic frames. In addition to the change in materials and redesign, HP took the decision to reduce the line-up of colours for the range, opting instead for simpler grey and silver finishes, as opposed to the multi-coloured approach in previous years.

There are a few small drawbacks in the design and build quality. For starters, there’s some play in the lid is pushed down upon, flexing slightly. This isn’t uncommon, but isn’t ideal, putting pressure on the internal component in and around the screen. There isn’t much in the way of additional creaking and the likes, with the rest of the unit remaining largely solid in its build quality. The lid, unlike other modern units, doesn’t flip back all the way, maxing out at just 130°. HP, however, added some new design features to assist with heating and airflow. One such feature comes from the hinge, which lifts the rear of the laptop to allow for better ventilation to the fans for internal cooling. The feature works well on a flat surface but will dig into your legs when operating from your lap. This feature is also why the unit doesn’t tilt all the way back, or around to switch into tablet mode.

From my review of last year’s unit, I noted the lack of future-proofing on the device. Thankfully, HP has addressed the issue on the 2018 edition. The design team swapped out one Type-A port for a Type-C port. It, however, doesn’t offer any DisplayPort support, relying on a full-size HDMI port instead. The one remaining negative with the design is the use of a proprietary power adapter. The choice of a more standardised port or the trend of Type-C power would have been better.

HP has done well to offer some updates from their previous units’ shortcomings, and offers prospective buyers a few more options in the way of connectivity, as well as a new look and feel with a more premium, yet still plastic finish. These are definite steps in the right direction for the Pavilion range. 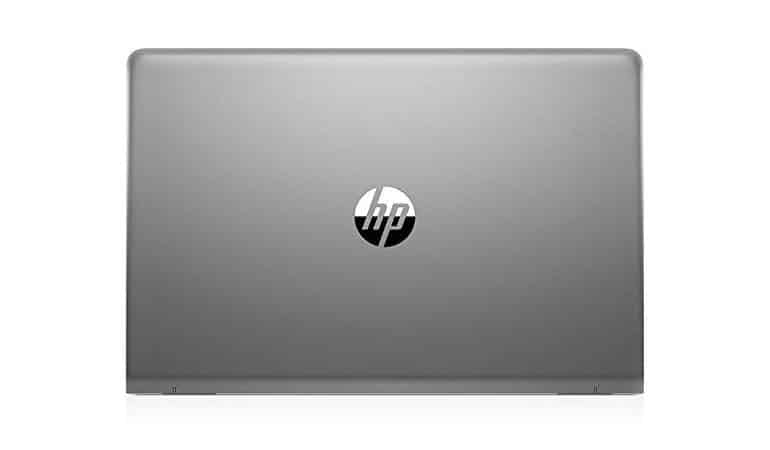 Similar to last year’s unit, the 2018 Pavilion also includes B&O stereo speakers. The sound quality remains solid, with only a slight lack of overall bass, which is common ground for most laptops. In terms of the volume, vibrations and the likes, the unit ticked all the boxes. Volumes reached fairly loud levels, as well little to no rattling across the unit, even on the keyboard’s keys.

Speaking of the keyboard, the unit features backlit, chiclet keys across a full-sized, QWERTY and NumPad layout. While the laptop offers a full layout, the keys are squeezed in pretty tightly, with limited spacing. It takes some getting used to compared to standalone keyboards, but nothing overly difficult to overcome. The keys themselves are soft upon pressing. For gamers used to mechanical and quick-click keys, it takes some getting used to, with slightly slower response times. It’s worth noting that the spacebar has a noticeably more distinguishable to touch.

The touchpad is fairly wide compared to traditional setups, giving it quite a lot more real estate for users to work with. The experience is smooth and responsive. The larger layout also makes it easier to perform gestures and the likes. I’m not very fond of the integrated left and right click buttons, which, as with the keyboard, is very soft to touch, with little clear depress feedback. This, again, is a matter of preference for users, as I personally prefer to use a 3rd-party mouse instead. 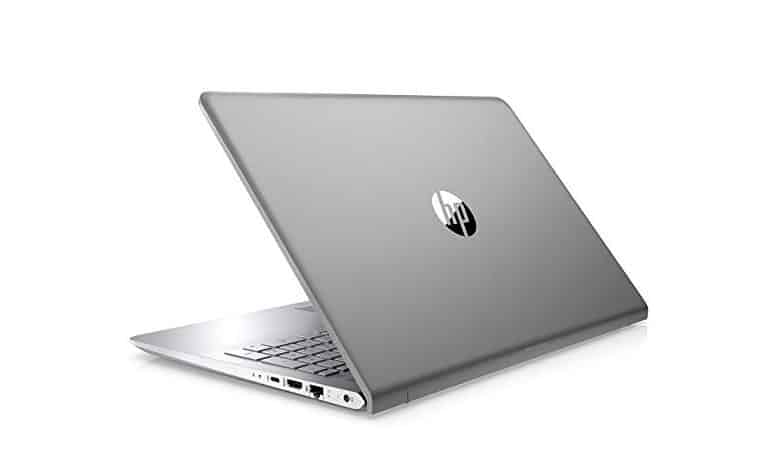 The unit has a similar, if not the same, screen and display as its predecessor. That’s a 15.6”, IPS, anti-glare, WLED-backlit screen with a 1920x1080px resolution display. The unit received did not offer any touchscreen capabilities, although this is a possibility on other configurations if you choose. This, however, isn’t advisable given the specifications and would be somewhat of a waste as a result. In addition, with the lack of 180° tilt on the lid, users won’t be able to use the unit as a suedo-tablet.

The contrast and black levels are solid for a mid-range laptop, with colour representation also good. The colour temperatures, however, are on the cool side, which requires a little tweaking for best results. The brightness isn’t great, but you won’t notice too many issues indoors, as you can go about your business without fuss. Where the screen suffers is during outdoor use, with low visibility, and brightness not up to scratch for easy use. In addition to this, the viewing angles are also not great.

Compared to last year’s unit, there isn’t much of an improvement when it comes to the screen and display. It gets the job done for the most part and you find too many superior screens on similarly priced mid-range laptops. 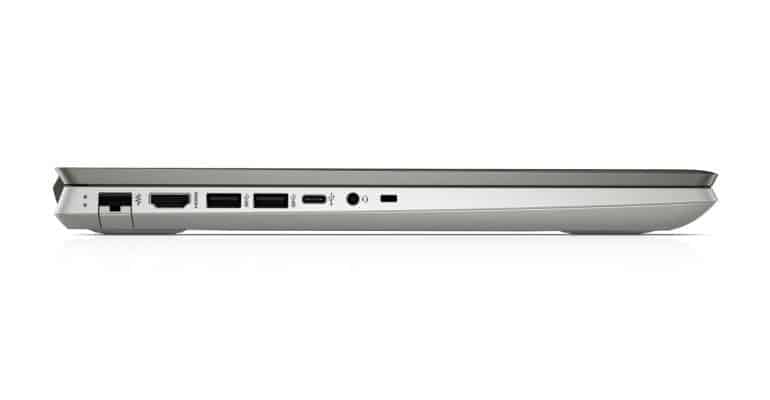 The unit received for review included the following specifications: an Intel Core i7-8550U 1.8GHz CPU, 8GB RAM, 1TB HDD and a Nvidia GeForce MX150 GPU. The Pavilion range has numerous variants in terms build, where users can customise their requirements based on the performance needs and budget. These include a change of CPU to a lower specced, Core i5-8250U, onboard graphics in the form of the integrated UHD Graphics 620 GPU, a 768p display. There are also various options when it comes to the choice of RAM and storage configurations. Interestingly, despite its mid-range price point, the CPU options are similar to the higher-end units from the HP portfolio, making it a solid buy.

In terms of the actual performances, the unit performed very well. The PCMark benchmark scores are comparable with many other Ultrabooks. Where this particular unit lacks in performance is the storage transfer speeds. The HDD had a reasonable transfer speed of 110MB/s on average. It would have been a better option to include an SSD storage, which could easily boost these speeds to above 500MB/s to significantly improve performances. In terms of gaming performance, casual gamers will find the unit reasonable as well with the inclusion of the MX150. The Pavilion was able to handle all of the indie games in my Steam library that I’m currently playing.

When it comes to the battery performances, the Pavilion improves over last year’s unit, increasing the average battery life from roughly 4 hours to around 5 hours for benchmark testing. Under normal working conditions, the unit averages around 7 to 8 hours on a single charge, and up to 13 hours on idle. Charge times are around 2 hours to full, which is fairly reasonable. 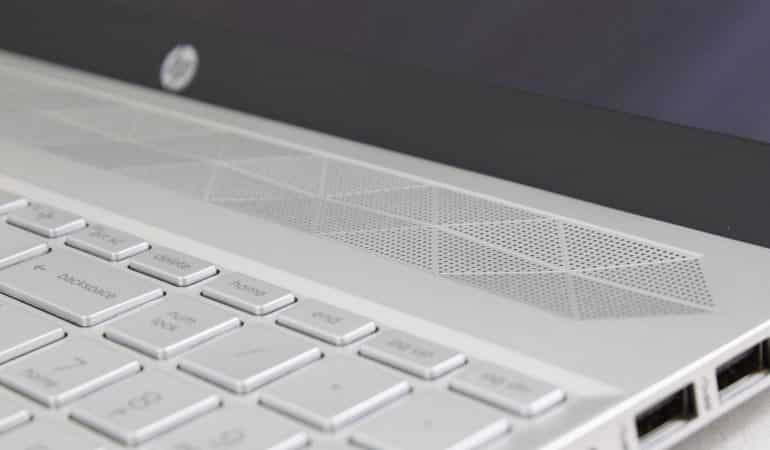 The HP Pavilion has definitely improved over last year’s offering with a similar specification. The range with the various build options start from R10,999 with the bottom of the range configuration, and around R16,999 for higher-end options. The unit is aimed at students looking for a solid workhorse, with the option to run a few casual games whenever you require some downtime. There are more exterior improvements than there are internally, but there are increases across the board.

The HP Pavilion 15 is very solid device for the price range, and a definite contender across the mid-range sector.