Tony Stark Could Return As Iron Man In The MCU 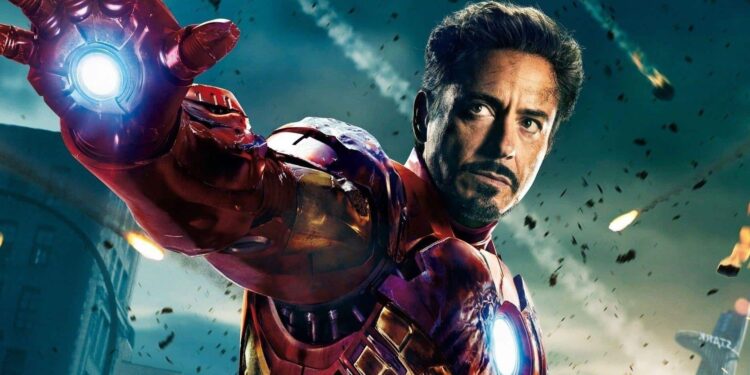 After Tony Stark’s sacrifice in Avengers: Endgame, talk of his possible return was inevitable. Iron Man is the bedrock of the MCU. You don’t just get over the death of a beloved so easily.

Fans have obviously been speculating how and when he could return and reports in the media have only added more fuel to the fire. Jeff Goldblum announced via Buzzfeed late last year that Robert Downey Jr. would return to voice Iron Man for the MCU/Disney+ What If…? series. However, soon after, The Wrap reported that a person with intimate knowledge to the situation stated that Goldblum simply ‘misspoke’, and that Robert is not part of the series.

Recently, while doing press for his latest film, Dolittle, Robert was asked by Extra if he would return to the role of Iron Man. Downey was vague and downplayed the idea but said, “Anything is possible”.

Despite these conflicting reports and vague allusions, we can still speculate how and when RDJ and Iron Man / Tony Stark could possibly return to the MCU. 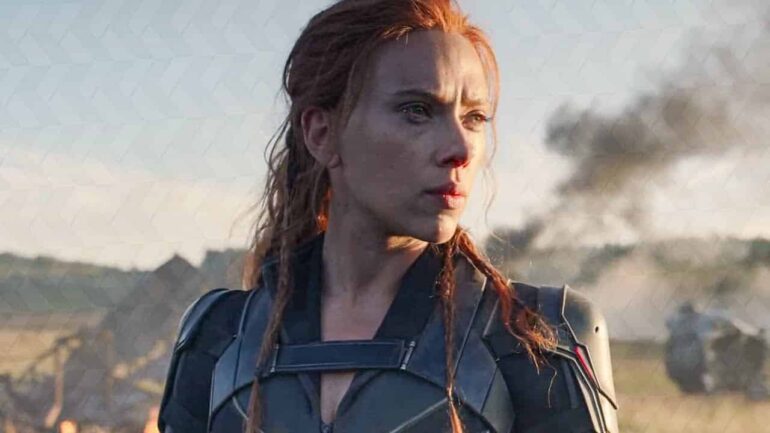 This is the most plausible choice for Tony Stark’s return. The events in Black Widow occur between Captain America: Civil War and Avengers: Infinity War. It makes sense that Natasha Romanov would interact with Tony Stark after the fallout between himself and Steve Rogers.

Despite Deadline reporting in September last year that Downey will appear in Black Widow, there has been no official confirmation.

It is worth considering that even if Downey has not filmed any actual scenes for Black Widow, the filmmakers could use deleted footage from Civil War and edit it into the film. If they did use old footage it confirms Deadline’s report but also leaves Downey with the option of denying any recent involvement in the MCU. 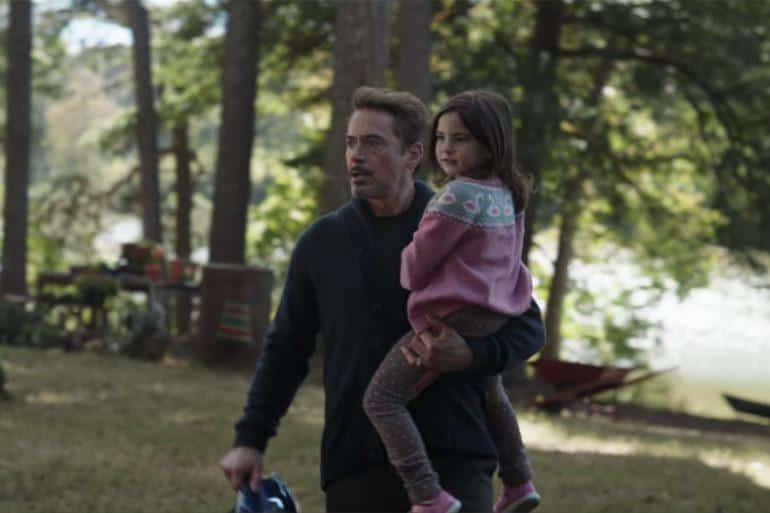 The Disney+ What if…? series is an upcoming animated series that explores what would happen if major moments in the MCU occurred differently. Goldblum ‘misspoke’ but we shouldn’t close the door on Iron Man’s return. The show features alternate realities and Tony could easily be brought back in the MCU timeline before Avengers: Endgame. Though in What If…? it is probable that Iron Man is involved with the Grandmaster in an alternate Thor: Ragnarok storyline.

Tony Stark could also return via an alternate timeline the same way Gamora did back in Endgame after her death in Infinity War.

Perhaps a future Young Avengers film with an older Morgan Stark could possibly be the occasion for Tony to come back and assist his daughter somehow. Considering the film is still far off in the future and de-ageing technology will be even more sophisticated, we could see Tony Stark return as a fresh-faced Iron Man once more.

When Thanos snapped his fingers in Infinity War he was transported to the mystical realm called the Soul World. Here he encountered a young Gamora. The Soul World is a pocket dimension inside the Soul Stone where souls reside. If Thanos went there after snapping his fingers, then it is entirely plausible that Tony Stark went there as well.

Thanks to the release of deleted footage from Avengers: Endgame, we now have confirmation that’s exactly where Tony went after his heroic sacrifice. This extra footage features Tony Stark meeting with an older version of his daughter Morgan.

The Soul World is closely connected to a character called Adam Warlock. Warlock was first teased in Guardians of the Galaxy 2 and later in Avengers: Infinity War and Endgame. In the comics, Warlock uses the Soul World as a place of exile and refuge. Warlock has a powerful connection to the Soul World and with his abilities could potentially free Tony’s soul from the Soul World.

Adam Warlock could make an appearance in phase 5, probably with Guardians of the Galaxy 3. Though director James Gunn has not confirmed if Warlock will feature, he has not denied the possibility of it either. If Warlock is included, he could be the conduit for Tony’s resurrection. 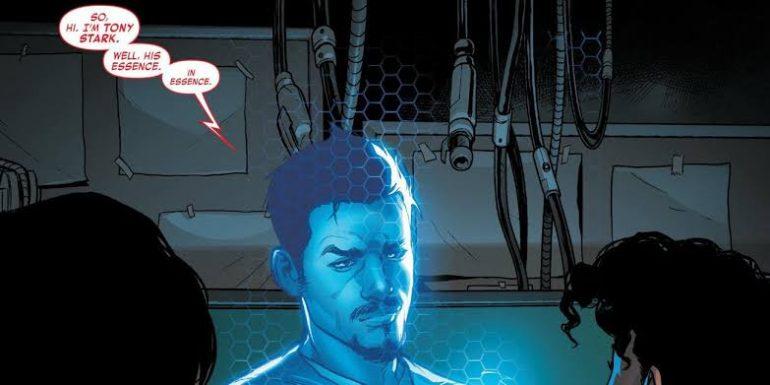 Then there is the time travel option. As in Avengers: Endgame, Scott Lang or Professor Hulk could restart the time machine and they, or Morgan Stark, in either a solo Hulk film, Antman 3 or a Young Avengers film, could travel to Tony and either interact with him there or bring him into the future.

Another obvious way to get Tony Stark back is if he left an artificial intelligence version of himself behind. It would be similar to Tony’s J.A.R.V.I.S. and E.D.I.T.H. artificial intelligence programmes. Someone like Peter Parker or Morgan Stark could find the A.I. and Downey could simply do the voice-work and direct the young heroes as a mentor. 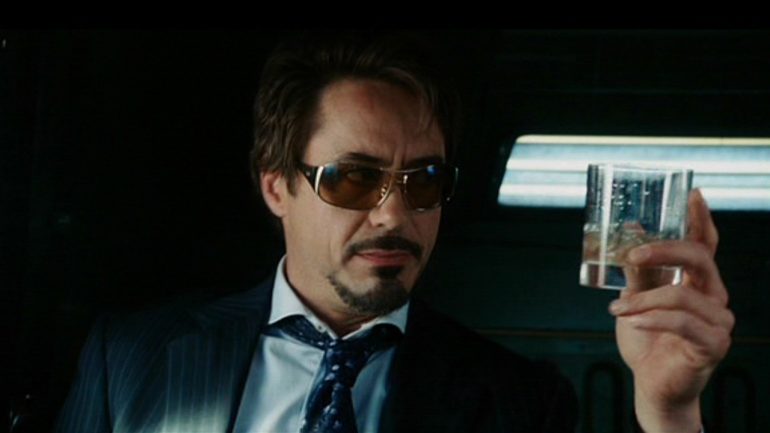 The rumour mill has been working overtime speculating on Downey’s return as Iron Man. Downey, despite saying he is done playing the character, has added to speculations by making vague references of a return. As stated, it’s only natural to want him back somehow.

While it is fun and exciting to come up with different theories perhaps Downey is only playing along with the rumours to keep fans engaged and attached to the MCU. In the Joe Rogan podcast, Downey himself stated that Tony Stark returning would undermine his sacrifice in Avengers: Endgame or perhaps Downey is purposefully being ambiguous, saying no one moment then saying, ‘anything is possible’. He could be sending out signals to Marvel that if he does return, it would have to make sense creatively so that Tony Stark’s death in Endgame is not cheapened or redundant.

If Downey does return as Tony Stark, it would probably only be in cameo fashion. His arc was complete after Endgame and it would take brilliant storytelling to justify his full return.