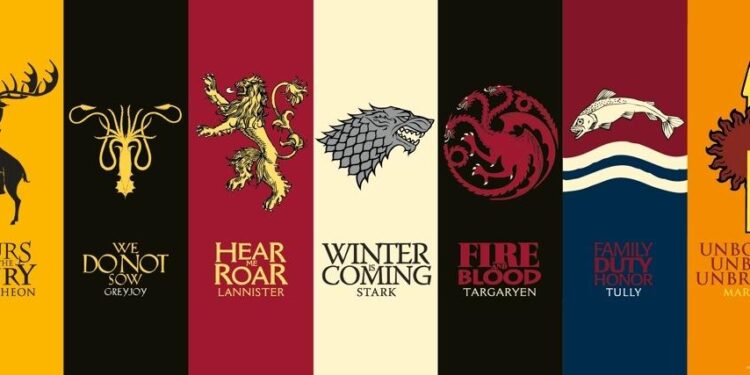 For those following HBO’s Game of Thrones series, I’m sure that by now you would have pledged your allegiance to one of the Houses of Westeros represented.

As Magdalena Maslowska demonstrates in the Illustration Guide, everyone in is connected by some means or the other. But how much do you know about the history of House Targaryen, House Stark, House Lannister, House Baratheon and House Arryn? Here is some history on the Houses of Westeros. 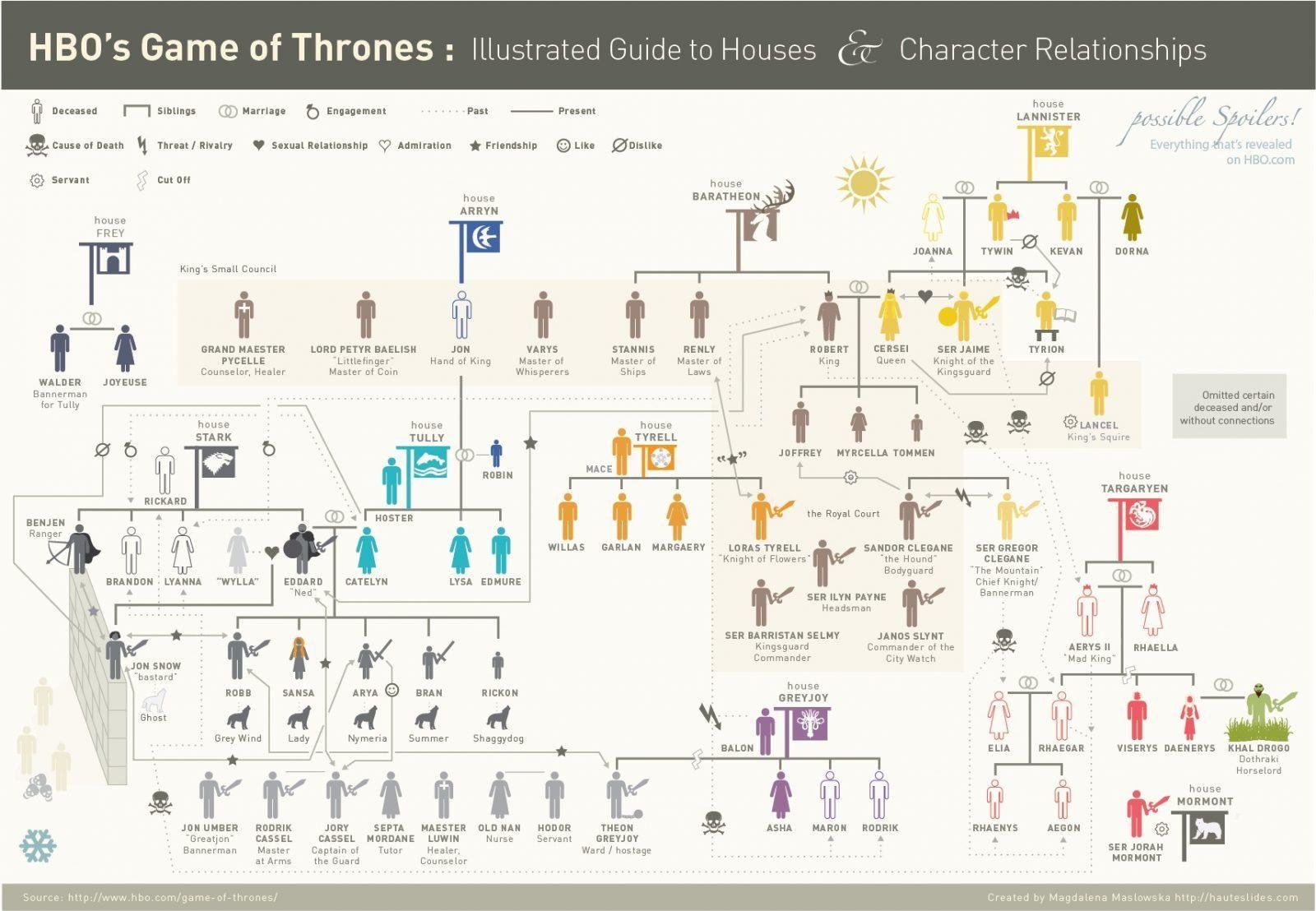 Another tricky aspect of the series is the kingdom for which they all fight to rule, Westeros. In the image below, we see Westeros as the separated European island on the right, and the beginning of Essos (in which you will also find the Flatlands and Quarth, amongst others) on the right. 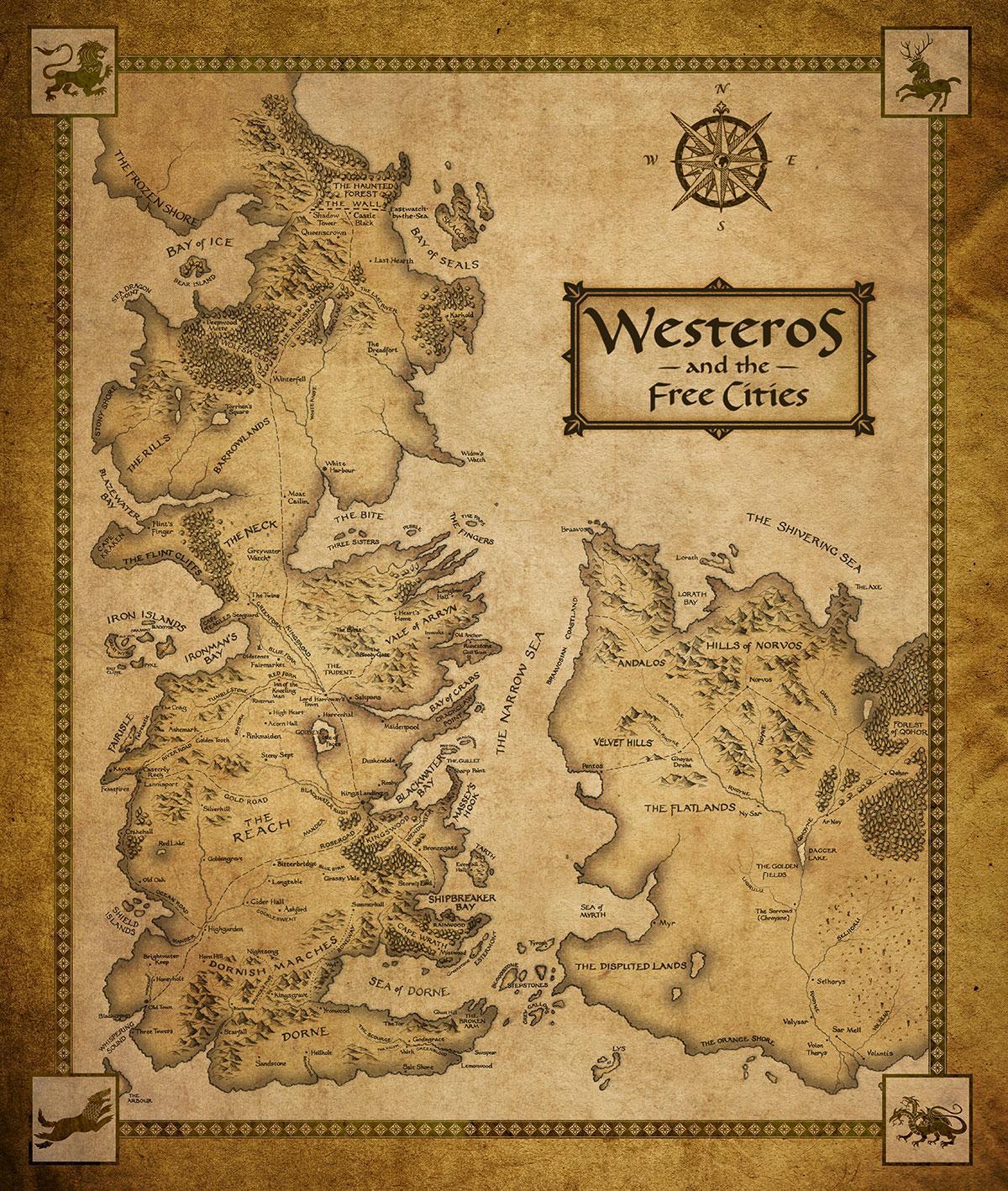 Each of the Houses of Westeros has its own history and path.

Here are a few short video history lessons on the main Houses of Westeros:

George R.R. Martin’s best-selling book series “A Song of Ice and Fire” is brought to the screen as HBO sinks its considerable storytelling teeth into the medieval fantasy epic.

Game of Thrones is the depiction of two powerful families — kings and queens, knights and renegades, liars and honest men — playing a deadly game for control of the Seven Kingdoms of Westeros, and to sit atop the Iron Throne.

Martin is credited as a co-executive producer and one of the writers for the series, which was filmed in Northern Ireland and Malta.