Hogwarts Legacy is undoubtedly one of the most highly anticipated new games currently on the horizon. The fandom surrounding the Harry Potter series is one of the biggest in the world, with ‘Potterheads’ coming out in droves to support anything and everything related to their beloved franchise, from Orlando Resort and board games to video games. There are plenty of young witches and wizards who have waited decades for their own Hogwarts letter that never came, and now they will have the chance to attend the school of their dreams.

The Hogwarts Legacy trailer that was recently shared with fans looks like the game will have everything that fans have been dreaming of and more, as it gives us our first proper look at the game.

The trailer confirmed that players will be able to befriend students and magical creatures, fly around the open world of Hogwarts and the magical world on broomsticks, engage in duels with other students, and much more to look forward to.

VGC reported the brand new trailer and discussed some of the brand new immersive features of the game that (unfortunately for anyone playing on any other console) lucky PlayStation 5 owners will be able to experience when the latest title releases later this year. New features of the game seem to make great use of the DualSense controller and all the bells and whistles it usually has to offer, with its haptic feedback and adaptive triggers.

Haptic feedback has been implemented to enhance the feeling of flight, and adaptive triggers have been utilized to take combat to a completely new level, down to the dynamic light bar being brought into play by displaying players’ house colours. Additionally, 3D audio will be available with built-in TV speakers or headphones and of course, stunning 4k visuals common to PlayStation 5.

“We’ve specifically isolated these effects to the right side of the controller to let the DualSense become an extension of the wand you hold in the game. And when you deflect a spell with Protego, you’ll feel the sizzling of the magic being reflected and absorbed by the Shield Charm.

“Adaptive triggers and haptic feedback aren’t just limited to spellcasting and wand work, however. The DualSense controller lets you feel a variety of events throughout the world, whether it’s crushing ingredients with a mortar and pestle in potions class, feeling the screen of a Mandrake seedling, or flying through the skies on a broom or a Hippogriff. The DuelSense is your connection to the magic on PS5.”

This game was first announced at its State of Play event in September 2020, and fans have been waiting patiently for more information, and while a full release date has not been announced, we do know that the game is set to launch in the holidays of 2022.

The Potterhead community has an incredibly wide reach, and it wouldn’t be surprising if the fandom will shortly come out in droves to experience and enjoy this title.

Are you excited about Hogwarts Legacy and its specialized features for PS5? 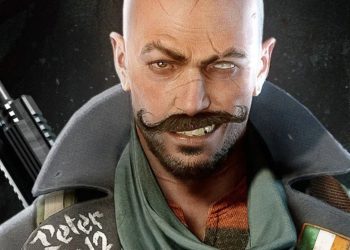