“They want to make a movie, and of course all of us said yes.”

Great news for Hocus Pocus fans! Bette Midler, Sarah Jessica Parker and Kathy Najimy will be reprising their roles as the Sanderson witches for Hocus Pocus 2. The sequel to classic Halloween comedy was given the go-ahead at Disney+ earlier this year, with Adam Shankman attached to direct from a script by Jen D’Angelo.

“They want to make a movie, they’ve asked us if we were interested and of course all of us said yes. I’m game, I’m totally game.”

Directed by Kenny Ortega, 1993’s Hocus Pocus followed the story of a teenage boy, who accidentally brings a trio of villainous Salem witches (Winnie, Sarah, and Mary) back to life on Halloween night. Although the film wasn’t much of a critical or commercial success at the time of its release, countless airings during the spooky season have turned it into a cult classic.

Your 3 fav witches – @sarahjessicaparker @kathynajimy & ME – are returning for 1 night only on 10/30 at 8p ET! “In Search of the Sanderson Sisters” is the best thing to happen to #Halloween since Hocus Pocus + Reeses Pieces. Get your tix now (link in bio) and support @NYRP #nyrphulaween

The virtual event, In Search of the Sanderson Sisters: A Hocus Pocus Hulaween Takeover will benefit the New York Restoration Project and takes place on October 30th.

Speaking about the mini-reunion, Midler said… 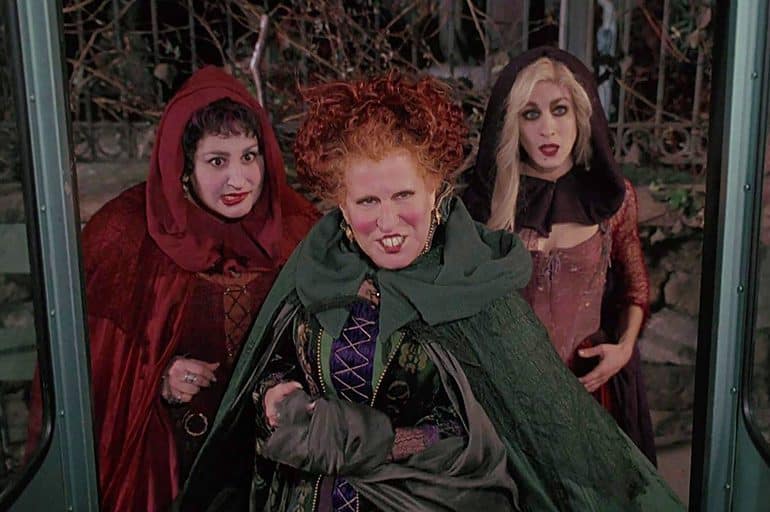 Are you excited to see Bette Middler and the rest of the cast return in Hocus Pocus 2?