by Guest
in Books

I had every intention of reading Ack Ack Macaque when it was first released. Somehow, whilst navigating the expanding ocean that is my reading-list, it got lost in the wake. So now, the plan was to speed-read through Ack Ack Macaque as background material, before reviewing its sequel, Hive Monkey. Problem was, I just couldn’t put the damn book down.

It seems the literary and film world just cannot get enough of it, as the vast majority of today’s plotlines are concerned with a ‘dystopian future’ where there is very little to love and even less to hope for. Pardon me if I missed the memo, but isn’t that generally the domain of ‘reality’? Don’t we normally indulge in speculative science fiction and fantasy to escape the confines and oppressiveness of everyday life?

The reason I took time I didn’t have to read both Ack Ack Macaque and Hive Monkey from cover to cover, is best explained by a fellow reader’s comment, “I can’t remember the last time that I had so much fun!” This is exactly what many of today’s science-fiction and fantasy writers have forgotten to include in the mix. The adventure, the action, the heroes – sure – but sweet fanny, why so serious! Where is the fun?

That’s not to say that imagined worlds can’t be dark, or tragic or gritty. I like grit – true grit – which is exactly what the lead protagonist of Hive Monkey has in spades. Ack Ack Macaque sports the cigar-biting humour and kick-ass attitude of Clint Eastwood and Hellboy combined. He says things like,“If life gives you lemons, pull a gun on it and say, “F#*k you lemons, where are the goddamn bananas?”

Only thing is, this gun-toting bad boy has a little more fur than your average action hero.

That’s because Ack-Ack is a bio-engineered, sentient monkey – former spitfire pilot, saviour of the world as well as an internationally adored computer game character. Intrigued yet? You should be!

In Hive Monkey, we find Ack Ack Macaque hiding out from his public, by taking up a job as a pilot aboard the Tereshkova, a nuclear-powered Zeppelin now owned and captained by his former partner in action, Victoria Valois. It’s when a washed-up writer, William, escapes a vicious attack by unknown assailants and seeks sanctuary aboard the airship that the true action begins.

With a cult of collective minds employing strange, non-human henchmen and a shadowy threat from an alternative timeline, it seems Ack Ack Macaque will have to intervene once more to save the world.

Although classified as steampunk by many, this series is a mash-up of so much more than that. Like some witches brew, Powell has thrown together a weird and wacky mixture of elements that somehow come together in the most fantastic way. This is a thrilling amusement park-ride that grabs you by the collar almost from page one and never lets go.

If you haven’t yet had the chance to read Gareth L. Powell’s Hive Monkey or its prequel, Ack Ack Macaque, do yourself a favour, toss the dystopian (kill-yourself-now) book you were about to read and pick this up instead. 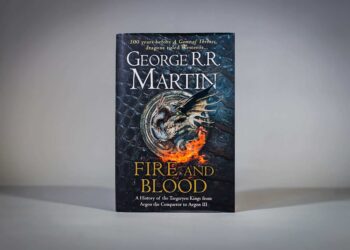