The Hitman’s Bodyguard Review – If Bourne Were A Comedy

There’s nothing really revolutionary about Patrick Hughes’ The Hitman’s Bodyguard, but it’s a good by-the-numbers action film that holds your attention throughout. If you’re a fan of either Ryan Reynolds or Samuel L. Jackson, and let’s face it most people are, you’ll definitely enjoy it.

The plot for reluctant-buddy action comedy The Hitman’s Bodyguard feels all over the place. Hitman Darius Kincaid (Samuel L. Jackson) is set to appear as a material witness in the International Court of Justice with a rather arbitrary time limit attached to his arrival. Michael Bryce (Ryan Reynolds) is a professional bodyguard whose career has tanked but happens to be the last option to get Kincaid there on time. With the usual quota of fights, vehicle chases and explosions, our frenemies try to make their way from London to Amsterdam, with both the bad guys and the police after them. Sometimes it feels like things are simply going wrong for no reason and other times it feels like everything’s coming up roses, like a cosmic coin flip. A few of the usual plot holes like “how did they find us” are resolved in a lampshade fashion that turns into hilarious arguments between the main characters. Reynolds’ classic dry self-deprecating humour is hilarious but often feels more scripted than his previous performances. Though the quips are funny, they are often predictable and unoriginal. Jackson is… well, he’s Sam MF Jackson. It’s not a typecast, it’s a signature. Sadly, Gary Oldman, who plays the pseudo-Russian dictator on trial, Vladislav Dukhovich, is good in his role but not particularly memorable.

The production and art style of The Hitman’s Bodyguard isn’t particularly noteworthy either, except for a few stylistic choices. The depth of field (or post effect blur) is used to hide specific details. It’s not the whole background that’s out of focus, only small parts like name badges or when gore is visible for more than a few seconds. Also, a few backlit scenes tend to bleed around the actors making it difficult to watch. Thankfully, the action scenes are brutal, well-shot and punchy. It’s not on the scale of big-budget action films like Fast and the Furious, but rather up-close and personal like the Jason Bourne films. They are less flashy and more efficient, often with improvised weaponry. The music is generally not noticeable except for three specific action scene needle drops. One of these song choices is jarring and doesn’t seem to fit. The others had the whole cinema nodding and singing along.

As expected, comedy runs throughout The Hitman’s Bodyguard, making it both technically impressive and entertaining to watch.

The Hitman’s Bodyguard is currently screening at Ster-Kinekor cinemas across South Africa. 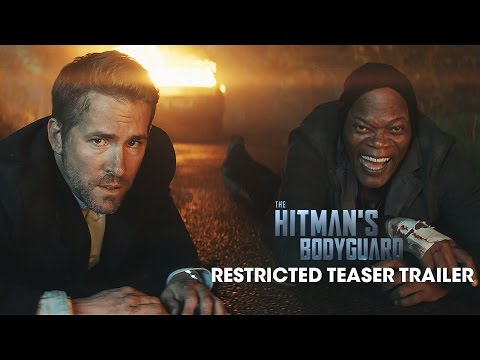