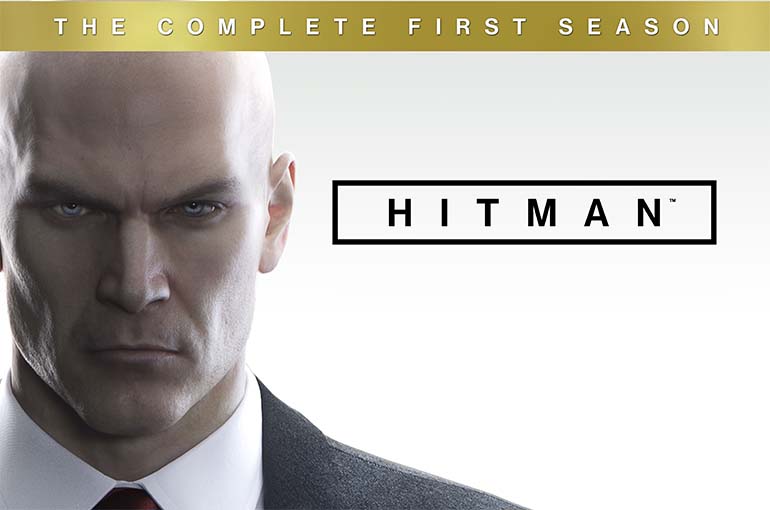 The last few weeks I’ve been spending my time sneaking around, knocking out people and “borrowing” their clothes, poisoning, stabbing, and sniping my way through beautiful locations. And you know what? I enjoyed every moment of it. Please don’t jump to conclusions. It’s not the actual act of killing that I enjoyed so much but rather the calculated planning involved in the process. We review Hitman: The Complete First Season. 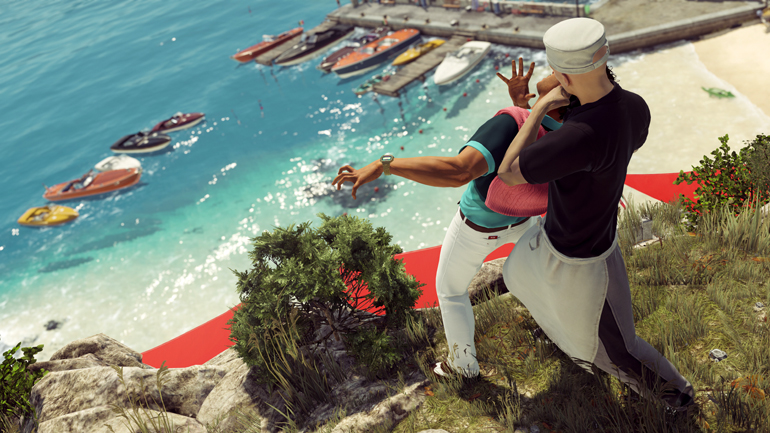 Agent 47 is back and I couldn’t be happier. Some of my fondest gaming memories have been playing as the shiny head, stylish hitman. This time the game is set after the events of Hitman: Codename 47, the first game in the franchise, and acts as a prequel. We see Agent 47 meeting his long-time handler, Diana, for the first time as he becomes part of the ICA (a shady organisation – as if there’s any other kind). The main story of Hitman: The Complete First Season is a vehicle for setting up the reasoning behind Agent 47’s actions. Although it does tie up everything together, it’s quite clear that it is setting the stage for a much larger narrative. 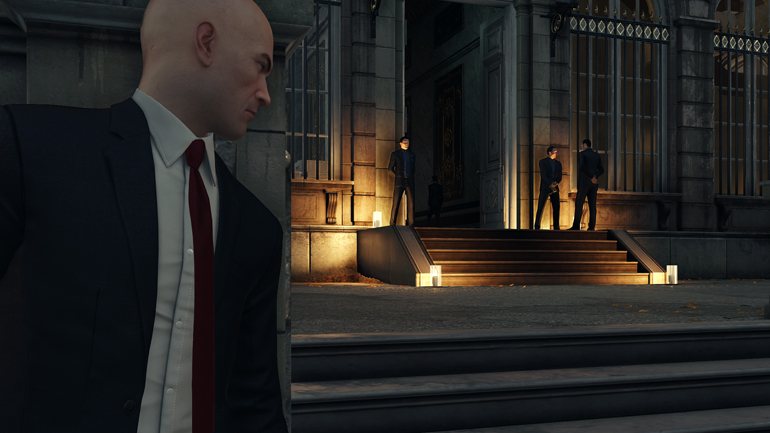 It’s apparent right from the first training mission that the game takes a lot of inspiration from Hitman: Blood Money, one of my all-time favourite games and widely considered one of the best in the series. At first, I found myself blind to all the possibilities that surrounded me and instead focused on eliminating my target as quickly and effectively as possible. It was only after being given a chance to approach the mission in a completely different way that I noticed just how many possibilities were available to me. Instead of just strangling my target quietly while no one was looking, I could poison his drink, drown him in a toilet bowl, or just drop something heavy on him. The choice was mine and so were the consequences. You see, even if Agent 47 is the world’s best assassin, this does not mean that he is bulletproof – and like most things in life, if you fill him with loads of bullets he tends to die. So while Agent 47 is more than capable of protecting himself when the crap hits the fan, it tends to be better for his overall health if he stays in the shadows and passes by unnoticed. After completing his training Agent 47 is sent into the world, gun loaded and ready to eliminate any target he is asked to.

At first, I was quite disappointed that there were only six missions for Agent 47 to complete. It was only when I realised the size and possibilities that awaited me within these missions that my disappointment faded. Each mission area (Paris, Sapienza, Marrakesh, Bangkok, Colorado and Hokkaido) is presented as its own sandbox ripe for exploration and experimentation (translation: there are some really interesting ways to kill your target). Outside of the main content, there are user-created contracts for all the levels, featured contracts and the ability for players to create their own contracts. Like I said, six missions might seem disappointing, but here is enough content to keep even the most talented hitman busy until the second season releases. While your task for each mission remains to kill these targets and get out, it’s the way in which each area entices you to experiment that kept me playing the same missions over and over without them becoming repetitive. First-time Agents don’t fear. The game does offer players who aren’t familiar with the Hitman games (shame on you) enough help in the form of on-screen prompts and objectives to guide them through the missions. Although this might sound like hand-holding, it does help open a newcomer’s eyes to new and interesting ways in which to eliminate their targets. Of course, hardcore fans can disable these tips and objectives if they decide to go it alone. 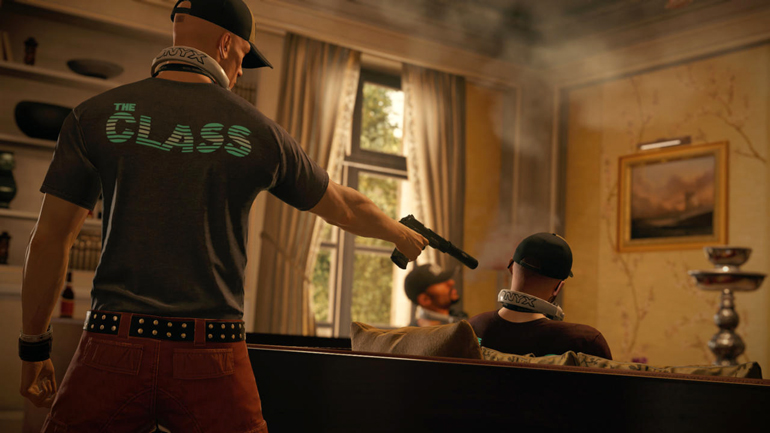 Eliminating a target is not always as easy as just disguising yourself and then shooting them in the head with a sniper rifle (although, this can be quite effective). Targets are usually protected by all kinds of gun-wielding foes and, as mentioned, bullets do tend to kill Agent 47. Figuring out how to infiltrate an area can be just as thrilling as figuring out how to eliminate your target. This time around the A.I. tends to make things a lot more challenging as I’ve found NPCs changing patrol routes and routines after loading a saved game. It’s this dynamic nature of Hitman that continually kept me challenged and on my toes. Even after stuffing an unconscious soldier into a crate, I was still discovered after a patrolling guard found the unconscious soldier’s weapon that I neglected to pick up. It’s this attention to detail that had me thinking and planning like a real-life hitman (not that I know any). 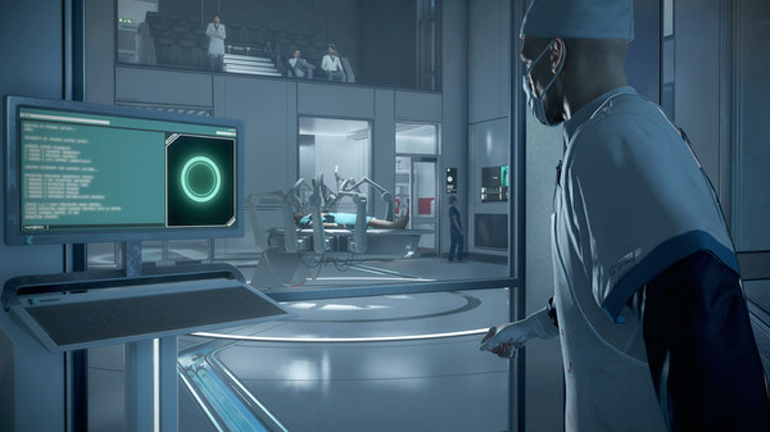 Visually, each area in Hitman looks stunning and has its own personality. It can be jarring going from a dark and noisy Paris to the beautiful and serene Sapienza (probably my favourite of the mission areas), but it is this drastic change of scenery that keeps things interesting and fresh. Each level is designed with a great deal of attention, not only visually but strategically as well. It’s this intricate level design that made planning so much fun. Each of the mission areas are also filled with NPCs going about their business, guarding, chatting or just strolling around (until you drop a heavy object on them by mistake. Oops!). It truly makes each level feel alive. 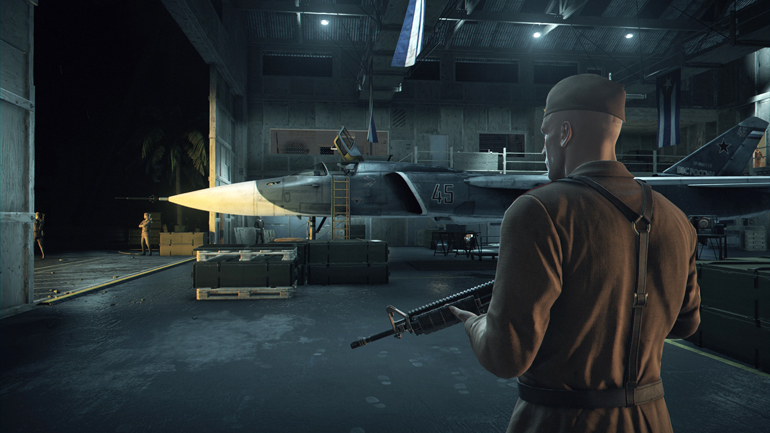 I’m truly happy that the reservations I had about Hitman: The Complete First Season melted away the moment that I stepped into the game’s wonderfully crafted missions and levels. IO Interactive has revitalised a franchise many feared had died and made it, dare I say, better. There are very few games out there that have the ability to make sneaking around fun, and this game is probably the best of these. While eliminating a target successfully can be thrilling in itself, it is the process of planning and waiting patiently for the right moment that makes Hitman: The Complete First Season such a rewarding experience.