Home > Tech > Hisense Infinity F24 Review – To Infinity And Beyond

Hisense Infinity F24 Review – To Infinity And Beyond 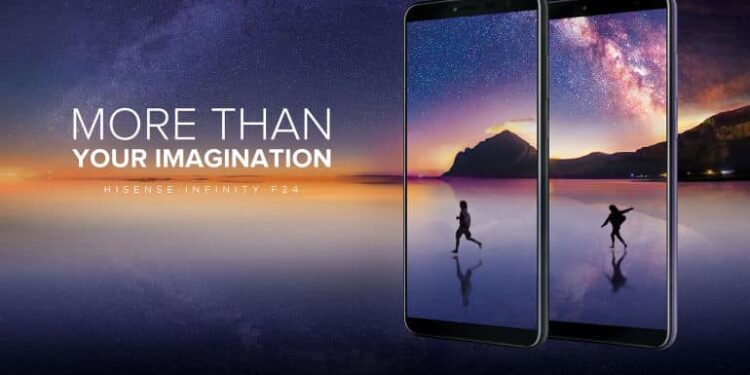 Every year, most of the leading OEMs somehow manage to eke out more and more hype for the latest flagship smartphones they bring to the market. I will be the first to admit that I also sometimes buy into the hype whenever a flashy new device is launched.

Most of the hype is built around the annual parlor trick, also known as a launch event, which promises users the world. However, this doesn’t have staying power to keep the modern consumer intrigued for the entire duration of a two-year contract before consumers wish to move onto the next shiny new smartphone.

The other problem with the latest and greatest is that it often can cost you an arm and a leg, or two. With the average consumer feeling the pinch of late, there’s a need for more affordable options with a list of features decent enough to make it worth your while.

There’s a been a number of good mid-range devices of late. Hisense has been in the smartphone business for a short time now and has recently brought a few new options to the South African market.

Having recently received my first smartphone from the manufacturer, the Hisense Infinity F24, I was curious how much of a fight it was able to put up against the heavies. 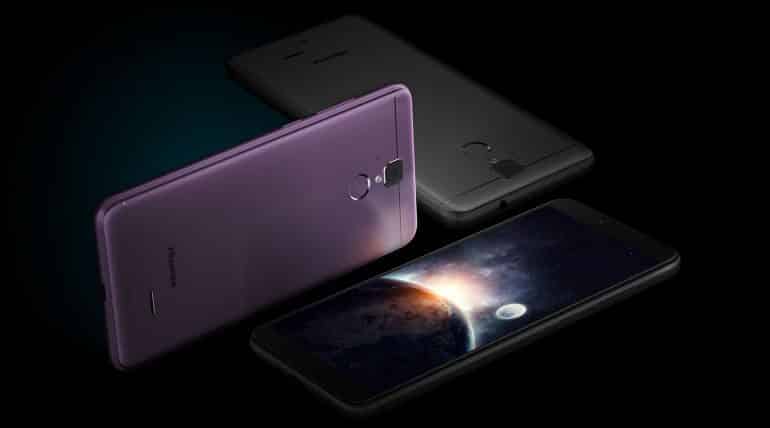 In the South African market, there’s very little known about the brand’s smartphone segment when the question is posed to many of your average consumers. But, if you were paying attention over the recent years, you will have noticed quite a marked improvement when it comes to its overall design and build quality, even if just by looking at the releases online.

The Infinity F24 does a good job at producing a high-quality design, as it resembles that of the Samsung Galaxy S9, although with a few small changes scattered throughout.

That isn’t to say it’s simply a replicant of the device as there are very few design angles left to explore when it comes to the modern smartphone. That said, the F24 has a similar curved edge, thin bezels, as well as a curved display corners.

The similarities aren’t extended to the rear, however, with the F24 looking far more distinct, while still keeping in line with the Hisense signature design concept. The rear-facing camera is positioned in the centre towards the top of the device, with a flash directly below, and a rounded fingerprint sensor below the flash. The power button is fitted to the right side of the device, providing easy access to right-handers via their thumbs. The volume rocker is placed slightly above that, although I feel it may be a little too close at times. The SIM and microSD ports are fitted on the left side of the device, which can be accessed by means of a pin.

The overall build of the phone is quite good, with a full metallic body and reasonable thin frame. The build quality, as a result, is very good, and feel sturdy at all times.

There’s sufficient grip on the device as well, so it won’t feel as if it will easily slip out of your hand and, even though the screen is fairly large, it isn’t uncomfortable to hold and use in one hand. If there is one oddity about the device of the F24 is that it doesn’t have any noticeable markings on the front face to distinguish it from any other brand. In fact, there’s no branding to speak of on the front at all.

While this does make for more room for the screen and keeps the size down with smaller bezels, it doesn’t do much to stand out. In some aspects, I admire the design team’s confidence to implement this, especially for a brand that isn’t world renowned, such as the Galaxy devices and focusing rather on delivering a good quality unit, than over the top branding. 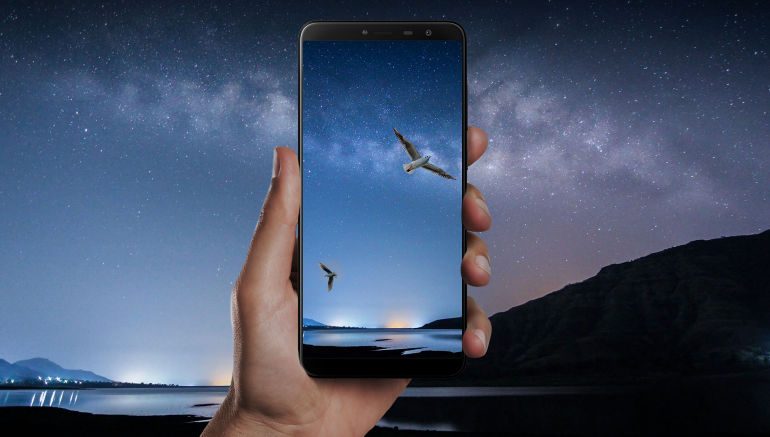 As mentioned above, the F24 has quite a large frame. That’s because it has a screen size just shy of 6″, measuring 5.99″ to be exact. The screen takes up a large portion of the front real estate with above 80% screen-to-body ratio, which is quite an impressive feat, providing motivation for its “Infinity” moniker. I stated earlier that the device features a similar curved screen to the S9, but doesn’t quite match the full curvature. Instead of the 3D curvature, the F24 has a 2.5D edge, which isn’t as enhanced, but still feels pretty good in hand.

The unit has an IPS panel, with an HD+ resolution, which measures at 1440×640 pixels. The aspect ratio of the screen is also very modern with 18:9 viewing. The colour representation and clarity is very good as well, with no clear signs of pixelation, unless you put it under some heavy scrutiny. You’re not going to be able to put it up against the likes of Samsung and Apple, but with a price point of 4 or 5 times less, you wouldn’t need to.

Overall, then, the screen and display are noteworthy components of the F24, providing good results for what’s put down on paper.

In terms of the overall specifications, the Infinity F24 isn’t lacking in that department either. The unit sports a Quad-core 1.5GHz CPU, 2GB RAM, 16GB internal storage, dual-SIM LTE support, Bluetooth 4.2, as well as a 13MP and 8MP rear and front-facing camera, respectively.

The overall performance of the F24 isn’t bad at all. While the benchmarks may be on the low side, the real-world tests have proven successful. Under normal load and your daily activities, you won’t find too much wrong with the performance. There are times, however, when there is a bit of sluggishness, more so in high-intensity gaming. The unit comes pre-installed with Android 7.0 Nougat, so it’s not the latest firmware available, and there’s very little information on whether it will be receiving the latest Android 8.0 Oreo upgrade. Still, this isn’t all that bad.

When it comes to battery life, the device’s non-removable 3,400mAh battery is more than equipped to deal with most, if not all your tasks throughout the day. On occasion, I was able to extend the battery into the second day, albeit with less activity during the usual work day. Because of the larger screen, there is a bit of an extra draw on the battery life, but it won’t affect the performances too much. 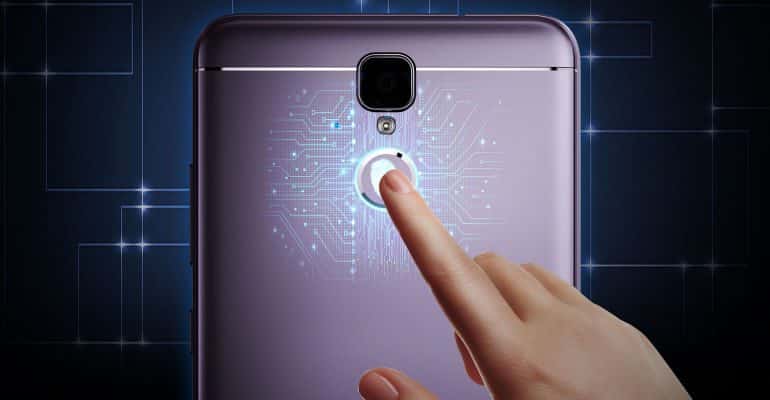 As stated in the specs, the unit sports a 13MP rear-facing camera, along with an 8MP front-facing camera. In the modern world, these specs are pretty much the standards of late, with most OEMs differentiating in terms of dual-cameras, better lenses, or smart inclusions in the software to improve the overall experience of the camera. That said, there isn’t anything distinct about the 13MP camera here. It delivers good results in good light, especially direct sunlight, but starts to grain whenever the light starts to fade. It captures crisp and colourful images when you get the lighting spot on, and looks representable even under magnification. The graining of darker lit images is a bit grating, even with the rear flash, and with no extras such as image stabilisation and autofocus, the lower lit environments will always be a tricky shot to capture.

I noted previously that the unit is pre-installed with Android 7.0 Nougat, with no indication that it would be receiving any updates going forward. The good thing about the firmware, however, is that it runs stock Android, with Google apps, so you won’t have any issues with bloatware and the likes. The only negative aspect about the firmware is the launcher (homescreen), which is a bit stale. We’ve seen this kind of stock launcher for many years now, with no enhancements to speak of, which makes the first look at the phone, once set up, a bit of a dull affair. Users can always download a new launcher app, which is recommended, to get the most out of the homescreen. 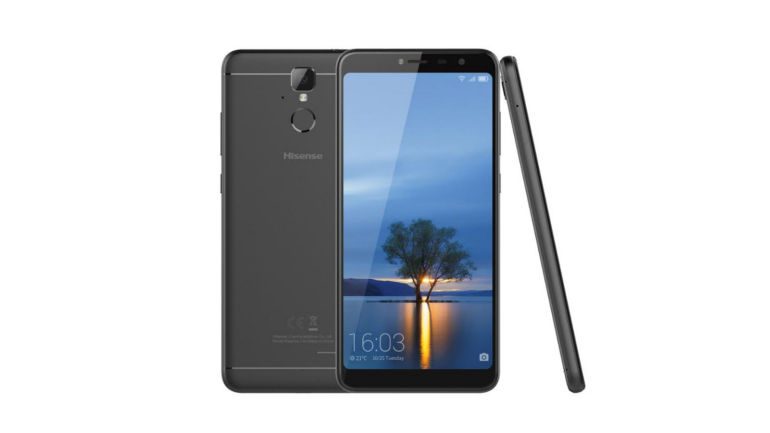 The Hisense Infinity F24 ticks quite a number of boxes when it comes to the modern smartphone, while just about eking its way through said tick on a few occasions. It isn’t a bad phone, but it isn’t great.

The standout features of the F24 are its design and screen, which provide a lot for a device that isn’t anywhere near the same price point as many leading flagships in 2018. That said, there are a number of up and coming mid-range smartphones in the fray, and Hisense has thrown its hat into the ring with the F24.

At an RRP of R3,299, the device is really well priced, and will be able to do almost all your daily tasks that any other phone would, at a fraction of the cost.