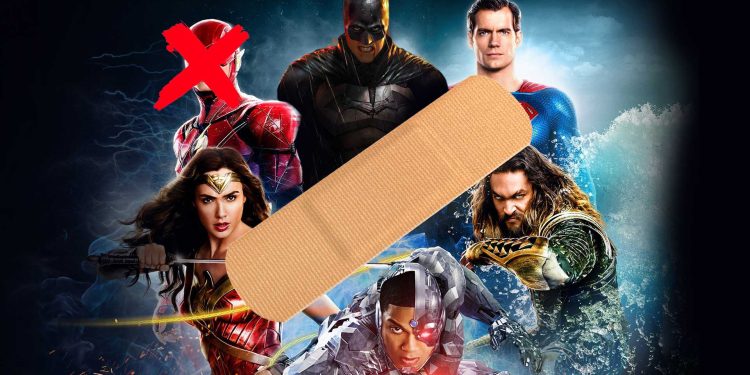 The DC Extended Universe (DCEU) has been in the news again this week. Not because of a new exciting development or announcement, but rather about how Batgirl was canned and Warner Bros. Discovery has vowed to cut even more properties if it feels it isn’t aligned with the overall vision. It seems like the DCEU can’t ever catch a break, as it never gets the headlines for its films but the controversy surrounding them.

Something needs to change, and Warner Bros. Discovery promises that’s what’s about to happen. Time will tell, really, since we’ve all heard this before. Nonetheless, we put together a handy guide for the execs, just in case they have any doubts about the way to go about this. So here’s how to fix the DCEU.

Don’t try to run before learning to walk

It’s no secret the DCEU tried to fast track its way to the big team-up event. Rather than lay the foundation of several solo films and introducing the characters for a few years, Warner Bros. saw the pie Joss Whedon’s The Avengers made and wanted some for itself. It’s also highly publicised that it didn’t work. Everyone saw the drama that unfolded with Justice League – including the controversial reshoots and tug of war between Zack Snyder and the studio – and the DCEU has never recovered since then, with the shadow of this fallout still looming.

The Flash is the opportunity for a major reset. It allows for a clean slate and for the studio to put new (or old) pieces back on the board. Warner Bros. Discovery CEO David Zaslav is right in saying there must be a plan for at least 10 years. While it sucks for projects like Batgirl, which has become a notable casualty in this shake-up, it is necessary to avoid films that lead to a cul-de-sac, especially if they’re supposed to be part of a great shared universe.

At the same time, the studio needs to show more concern for building up the characters individually instead of trying to go for events. While most DC fans would want to see another Justice League event in the future, it’s better to take it slow. Simply put, there can be no shared universe if the characters aren’t developed first.

The importance of Batman’s GothamVerse

Whether Batman has been overexposed or not is irrelevant since the audience still shows up for the Dark Knight’s films. However, there is a better way of handling him rather than having three Batmen lurking around the DCEU and adding to more confusion. What Warner Bros. Discovery needs to do is commit to Matt Reeves’ GothamVerse and develop it organically. Trying to appease Batfleck or Michael Keaton fans at the same time just won’t cut it.

For example, it still doesn’t make any sense that Batgirl was set to be part of another Earth when Robert Pattinson’s Batman is meant to be the future. Surely, Leslie Grace’s Barbara Gordon could have slotted into Battinson’s universe and helped to shape a wider world there rather than get sucked up into the shifting DCEU.

Simultaneously, the growth of the GothamVerse enables the introduction of other characters like Robin, Azrael, etc. within this self-contained world with boundaries. It becomes its own clearly defined sandbox and sub-universe of the DCEU that can be explored through the various mediums. As an example, once the Bat-Family is introduced, there’s the possibility for endless spinoffs or even a series that follows this team that looks after Gotham City while Batman is away.

Say what we will about the DCEU, but there’s no doubt the majority want to see Henry Cavill return as Superman. If not Cavill, then at least some form of the Man of Steel. It’s borderline criminal to believe the last time there was a solo Superman film was nearly a decade ago.

Kal-El is meant to be the heart of all things DC. He’s the purity that symbolises every form of heroism. Instead of seeing him shine, the character keeps getting short changed and kept on the periphery.

Warner Bros. Discovery’s display of important franchises showcased Superman’s logo, which bodes well for the future of the character. There’s a rebuilding job that needs to take place, as we all put the horrendous memories of mustache-gate behind us once and for all.

Bring in other characters slowly into the DCEU

The announcement of the Wonder Twins film is everything that was wrong with the previous regime at Warner Bros. Don’t get us wrong: the twins do deserve a moment in the spotlight, but not in their own film. There are better ways of handling peripheral or lesser-known characters, even if it means testing the waters by including them in other projects through smaller roles or cameos.

While it’s possible that these lesser-known heroes can hit the big time in the same way that Guardians of the Galaxy did, this is a risk that can be taken after the universe is established. It’s much easier to try something new once there have been a few big hits in a row. That way, if it does flop, no one will be too upset about it. If it doesn’t, boom. A new money-maker is born.

Listen to the fans

Ultimately, Warner Bros. Discovery needs to develop a better relationship with the fans than the previous regime. There were moments in the past when it felt like DC films were serving the egos of those in charge. Instead of lifting their hands up and admitting mistakes were made, they shifted blame and pretended nothing was wrong.

The reason the MCU is as successful as it is, is because Kevin Feige and Co. listen and treat the franchise as fans. Now, this doesn’t mean that Warner Bros. Discovery needs to pay attention to every online voice or hashtag campaign, but it does need to read the room better and figure out what is the common consensus.

At the end of the day, these films are made for fans, so it’s worthwhile knowing what they want to see and experience.

Tell us, what do you think needs to be done to fix the DCEU?