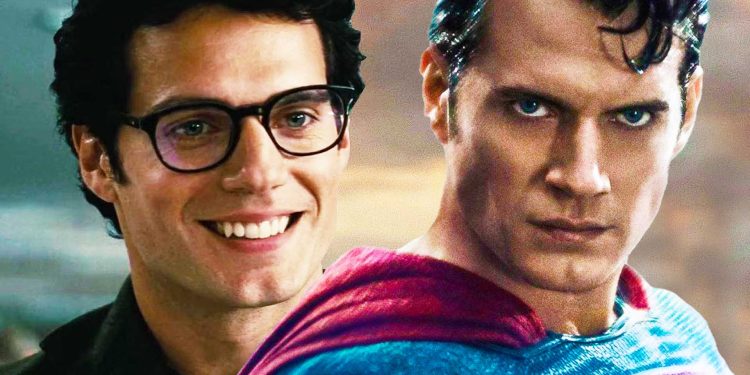 A new report claims that Henry Cavill is rumoured to appear at Comic-Con this year to announce his return as Superman to the DCEU. It sounds like Henry Cavill’s Man of Steel 2 might actually be happening!

Cavill first played Clark Kent in 2013’s Man of Steel, stealing the hearts of many. By playing this role, the British actor helped Zack Snyder launch his DC Extended Universe with the movie. He reprised his role for the reportedly controversial Batman v Superman: Dawn of Justice as well as in both cuts of Justice League (the original, which was released in 2017, and the ‘Snyder Cut’).

Since then, we have heard nothing about the actor’s career with Warner Bros. and the DC Extended Universe leaving fans concerned about what his future with the company will be, although he has always maintained his interest in returning to the role of the Last Son of Krypton.

Now, a new rumour has fans hopeful that Henry Cavill might be returning for a Man of Steel 2 movie.

Will Henry Cavill’s Superman Return in Man of Steel 2?

We have had many conflicting reports over the last couple of years since Henry Cavill’s last appearance in the films. Some reports claimed that the Superman actor had been booted from the role entirely after Justice League and that we would not see our beloved hero again. Others claimed that he was in negotiations with Warner Bros. and DC Films to return for multiple cameos in future movies.

This claim regarding cameos seemed false, however, as with new movies being released, the DCEU’s Superman was seen cameoing in movies such as Shazam! and Peacemaker with Henry Cavill.

There has even been talk that the Man of Steel would be replaced with Supergirl in the franchise moving forward, leaving Henry Cavill’s character in the dust. Sasha Calle’s Supergirl will even be seen in the upcoming Flash movie.

But There is Hope!

An article from Deadline detailing what we might be able to expect to be discussed at this year’s San Diego Comic-Con 2022 included a rumour that Henry Cavill will be making a surprise appearance as part of Warner Bros. and DC Films’ Hall H panel (possibly even to announce Man of Steel 2). The article mentions that there is buzz that the star will make a surprise appearance as a teaser for fans that more Superman appearances can be expected in the DC Extended Universe.

Despite Warner Bros.’s dismissal of the superhero’s return in the last few years, there have been reports that their new owners at Discovery feel that Superman is a character that they need to revitalise, giving considerable hope that he will be returning shortly.

There is hope that an official announcement could be coming later this week. This directly contradicts reports that suggested that Black Adam and Shazam: Fury of The Gods would be the only two DC Extended Universe movies to be discussed during the panel.

These reports beg the question of where we will see the Man of Steel returning. Some fans are hopeful for a Man of Steel 2 or some other solo adventure where they can enjoy Henry Cavill in his role for the first time in a couple of years, while others are hopeful to see Superman take on Black Adam in an epic battle that the two actors — especially since Henry Cavill and Dwayne ‘The Rock’ Johnson have always teased an epic showdown between the two characters.

Anything is possible for the future now that we know Henry Cavill could be returning as Superman.

Are you excited about seeing Henry Cavill return to the DC Extended Universe in Man of Steel 2?