by  Jacques Cloete
in Comics 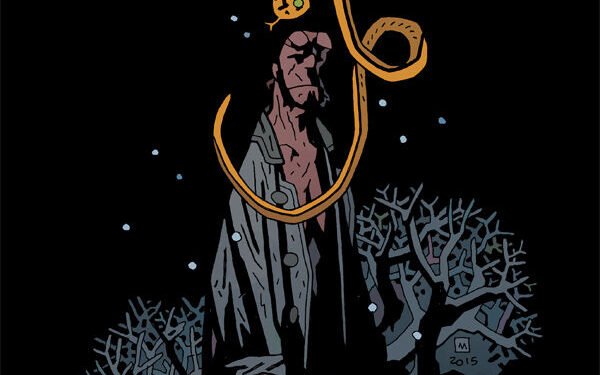 The Spanish Bride embraces the Hellboy in Hell run with a sense of finality, brought to life with writing that complements the visuals in a very cold, heartwarming way. I was a bit anxious about reviewing Hellboy In Hell, partly due to the fact that this series has been running since 2012 and there is A LOT to consider when one’s main goal is to critique something that has been a part of someone’s life for 4 years. I will try my best to satisfy even the most avid of readers.

The series will end with issue #10, meaning that this issue was meant to either wrap things up or cause everything to go Red Wedding for an exciting and eventful finale. Neither of this actually happens, instead there is a sense of foreboding that something is on its way, something that has the capacity to either change or destroy all that Hell has been during this run.

The only thing that bothered me about Hellboy in Hell #9 was the art. The creature designs could be so much more than what is being shown here. That said, where the characters lack detail, Mignola makes up for it with the environments. The almost minimalist approach adds a unique touch to Hell and its barren lands. While I’m not particularly fond of the visuals of the series, I would be remiss not to mention how well it accompanied the story this time around. From the unearthly start, which involves three demons talking about dark days past, to the slightly colder few pages. By slightly colder I mean that, yes, it’s snowing in hell. But that doesn’t mean the ending won’t warm your heart.

Mike Mignola, the creator of the series and its characters, clearly knows how he wants to end his run. The almost poetic writing is emotional, touching and thematic. Mignola wants Hell to change. Just like the change that a new season brings, with the snow beautifully closing one chapter, it promises a fall of something better for Hellboy and Hell. 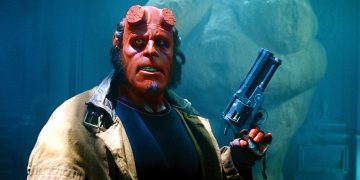