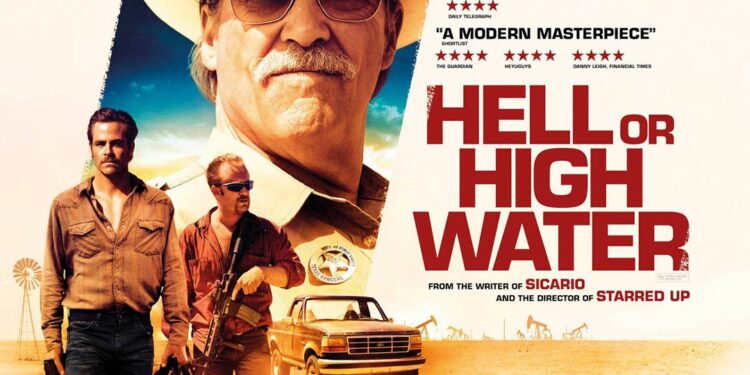 From the writer of Sicario, Hell Or High Water is a gritty heist drama starring Chris Pine and Ben Foster as high-low brothers and Jeff Bridges as the wise-cracking Texas Ranger chasing after them. It’s a well-constructed and efficient modern-day Western with rich dialogue and interesting characters in the same line as No Country For Old Men. It’s easily one of the year’s best pictures. Hell Or High Water makes no beans about what it is – a straight up cops and robbers film. Except, in this case, both the robbers and the cops chasing after them get deeper motivations and exploration. Chris Pine and Ben Foster are Toby and Tanner, two brothers who go on a bank-robbing spree across West Texas. Their plan is to steal enough money to save their mother’s home and to pay the bank back with its own money. Hot on their heels are two lawmen, an old school soon-to-retire wise-guy Ranger Marcus (Jeff Bridges) and his laconic Native American partner (Gil Birmingham).

While the story is great, it’s the banter between Pine and Foster, and Bridges and Birmingham, that shines through. Marcus enjoys giving Alberto a hard time about his American Indian (Comanche) ancestry and his Christian beliefs, while Toby and Tanner can’t see eye-to-eye on their morality. Like the best of the old pulp paperbacks, the story unfolds in many hilarious and unexpected ways. It gives us characters we actually care about. The cast is uniformly magnificent. This is arguably the best work of both Chris Pine and Ben Foster, who do so remarkably well at their roles you’ll find it hard to remember what they look like in their lighter or happier films. Jeff Bridges and Gil Birmingham, on the other end, ooze coolness. Bridges provides more evidence that he is one of the best actors in the business. Both him and Pine form the emotional anchor of the film. Behind Pine’s twickling eyes lies a deep sadness. The same goes for Bridges’ Marcus who acts mucho but fears loneliness and retirement.

Hell Or High Water is brilliant and refreshing in a year filled with a lot of unoriginality. Everything here is remarkably on point and focuses on the director’s strong vision for the film. Highly recommended! 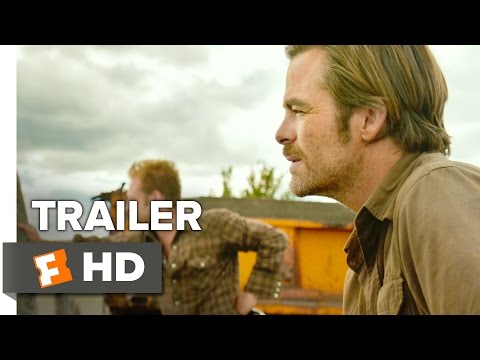