In the Heart of the Sea – Movie Review 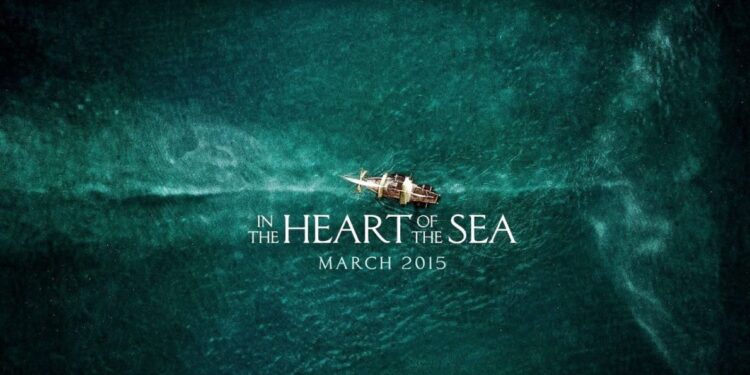 Adapting a historical account into a film must largely be taken in one of two directions if it is to succeed as a film: you either tell the events exactly as they are, capture the human drama and spectacle, and hope that the story is compelling enough, or you find some sort of angle to take with the story and focus on that and draw it out in a specific way that gives the entire story deeper meaning to the audience of today. In the Heart of the Sea is a pretty, nicely dressed and well-cast piece, but at the end of the day fails to rise above its own mediocrity because of straddling these two lines, rather than embracing one whole-heartedly. [dropcap]I[/dropcap]n the Heart of the Sea contains a framing device in the form of author Herman Melville seeking out the account of Thomas Nickerson (Gleeson) the last surviving crewmember of the Essex, a whaling ship that was sunk under mysterious circumstances supposedly by a large white whale some 30 years earlier. Nickerson is a tormented man, for secrets that become overly easy to guess as the film goes on (making their eventual reveal that less effective). Nevertheless, Nickerson begins to recount the adventure of that ship, which was captained by the inexperience rich-kid George Pollard (Walker) and his more low-born-yet-experienced first mate Owen Chase (Chris Hemsworth). The eventual result of this tale is the inspiration for the best-selling novel Moby Dick.

My favourite parts of In the Heart of the Sea were probably all the background features: the whaling scenes, the sight of 1820 Nantucket, the period outfits, the sailing adventure. These were vastly more engaging to me than the tired old class conflict between the two male leads, the survival story, the corporate corruption angle and so on. These elements were all teased in one way or another but weren’t carried through as deeply as they should be, either through a lack of time to explore them or through a lack of willingness to commit to them. We have some great moments between Pollard and Chase that don’t really go anywhere. We have some interesting moments as Chase almost seems to become the obsessed being that would inspire Moby Dick’s Captain Ahab. Even the whales get some interesting footage on screen. But the overall feeling I got from this film was that just as I was about to start really enjoying one element of it, it moved it’s focus onto another.

In the Heart of the Sea is a film that made me re-read Moby Dick and desperately wish we had a good adaptation of that made again soon. I suppose on some level that makes this film a success, and Hemsworth has a good kind of charisma I enjoy seeing in films. For those two reasons I recommend this film if the concept of it appeals to you, but it sadly never reaches must-see status. 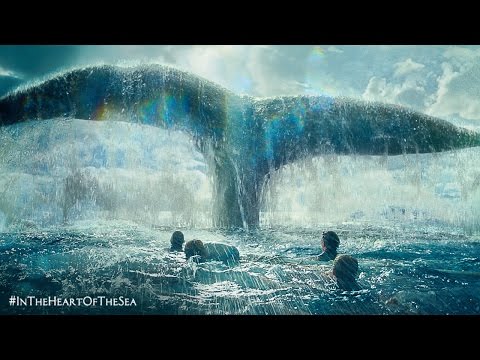