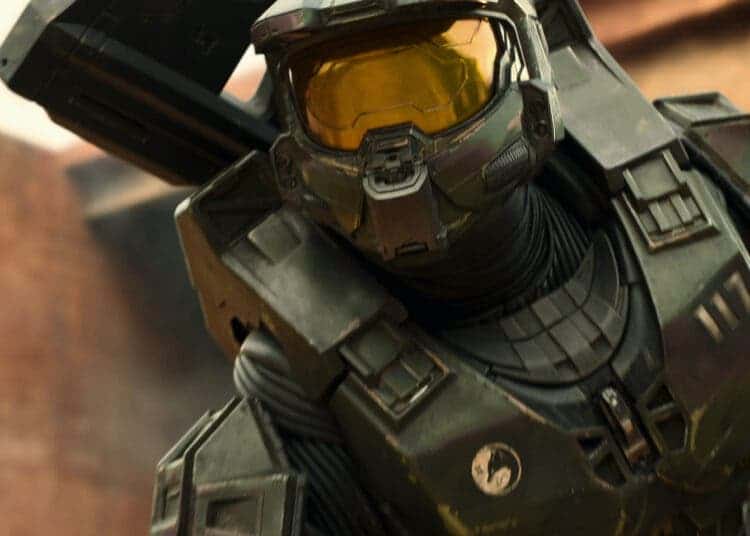 In 2013, Steven Spielberg announced he would be adapting a Halo TV series with Microsoft. Nine years later (21 years after the epic Xbox military science fiction game first launched), that show has finally arrived on our small screens. Starring Pablo Schreiber (American Gods and Orange is the New Black) as Spartan soldier Master Chief, Halo (which has been named one of the most anticipated shows of 2022) will premiere on 24 March (March 25th on Showmax). But has it been worth the wait?

Early on in development, the show’s creators avoided calling the upcoming Halo TV series an exact adaptation. Instead, the show has been built around the world and taken a few liberties with the characters and their stories. In other words, it’s a Halo story but it isn’t necessarily the same story as the popular games — meaning there is bound to be a few disappointed gamers.

Movies and TV shows don’t have the best history when it comes to gaming adaptations. In fact, there are very few that have actually gone on to receive praise from fans and critics. Could the Halo TV series be another?

What the Halo TV series does right

The first positive I picked up watching the first episode is that you don’t need to be a huge fan of the franchise to truly enjoy the upcoming show. Maybe you need some form of familiarity in terms of knowing who the heroes and the bad guys are, but that’s also made pretty clear in production and character design. Green suit guy = good. Ugly alien creature = bad.

As someone who has only briefly played some of the games, I never felt lost or completely overwhelmed with lore. That said, the show does drop you into the world without explanation. You’ll need to pay attention to follow the sci-fi story — which starts off pretty average before it builds into a most interesting arc.

Yes, the first 15-minutes or so of the Halo series might not be the best TV you’ve seen but it does grow into something more special as the first episode comes to its conclusion. Plus, the CGI (the aliens and the outer world environments) is phenomenal. Microsoft and Paramount don’t hold back in that department. The result is impressive visuals that would fit the latest Hollywood blockbuster film.

There’s been a lot of comparisons to The Mandalorian, but the show could also be compared to Dredd, Starship Troopers and RoboCop. And that’s not just because the main characters all wear masks to hide their face, they also share similarities in terms of tone, action and plot points too.

To put it more simply, if you enjoyed any of those, you’ll enjoy this.

What the series fails

A few of the critics have pointed out that the Halo TV series feels like a show made by a group of filmmakers that “watched a friend play the game in college”. Maybe they’ve even played a few levels of Bungie’s games, but, ultimately, they were never truly engrossed in the franchise.

As such, the show does take a lot of liberties with characters that a few gamers might find blasphemous. For one, Master Chief removes his helmet — a big no-no for die-hard fans. But again, this seems necessary in order for fans to latch onto the character and fully understand his emotions and his journey.

Secondly, Master Chief is different. If you were expecting a cold-hearted alien-killing machine who cares about nothing more than completing his mission, you’re in for a shocker. This Master Chief has a conscience. He is flesh and blood. And worst of all, he actually feels and thinks like a human. In the opening moments of the first episode, he does something that he has never done before: he disobeys an order.

But before you scream blue murder, you’ll need to watch an episode to see if that fits well with you.

All in all, for me, the Halo TV series starts off on the right foot. It has interesting characters, a binge-worthy story, good action and great VFX. If you’re into retro sci-fi, then you’ll be glued to your screen during every 60-minute episode.